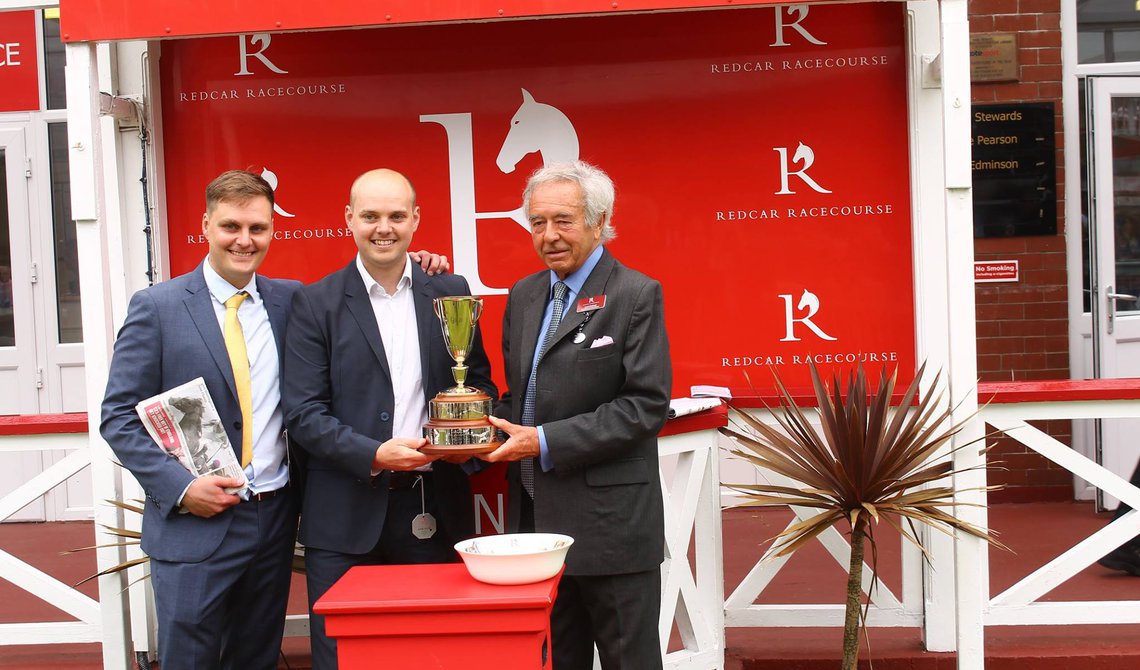 Big Country is to be aimed at Royal Ascot after a gallant front-running performance under top-weight in today’s Racing UK Zetland Gold Cup at Redcar.

After seeing Big Country win the £50,000 prize under a 10-stone burden, joint owner Chris Dixon said the horse would probably be aimed at the Wolferton Handicap at Royal Ascot next month.

“We always thought he was a good horse but he’s surpassed expectations,” said Mr Dixon. “Within a month of having him, Mick thought he could make a Group horse and he’s done a great job getting more improvement out of him over the winter.”

Big Country’s initial target had been the Lincoln Handicap at Doncaster, but terrible ground put paid to his chances and within five minutes of the race being run, the Zetland Gold Cup had been identified as the new target.

“This is a massive performance to win under that weight from a good field so we’ll probably look at the Wolferton at Ascot next.

“These big handicaps are really hard to win but Silvestre thought there was more to come from him so we’ll give it a go.”

The first race of the day was a fairytale for nine-year-old Darlington schoolboy Oliver Stone, who saw his colours carried to victory by The Great Heir, trained by Kevin Ryan and ridden by Shane Gray.

Oliver’s dad, Dave, who runs the Darlington-based Stone Technical Services Group, owns several racehorses and promised Oliver he’d buy one to run in his colours. The bay colt was bought in France and was second last time out at Beverley.

“We thought he'd win today and it’s lovely for Oliver to see his colours first past the post,” said Mr Stone.

Paul Mulrennan had to miss riding Michael Dods’ star filly Mabs Cross at Haydock on Saturday after being taken ill in the early hours of the morning with kidney stones.But, on his first ride since, he was seen to good effect when riding Julie Camacho’s Makanah to victory in the third race.

Another highlight of the day was Rachel Richardson’s cracking ride on Tim Easterby’s Parole to catch favourite Scottish Summit in the shadow of the post in the Market Cross Jewellers Handicap Stakes.

Declan Carroll’s Malton stable is in good form and his Machree looked a sprinter on the up when taking the Watch Racing UK In Stunning HD Handicap Stakes under five-pound claimer Ger O’Neill.

As the name of the last race suggests, Redcar is racing again tomorrow (Tuesday) with an eight-race card, with gates opening at 12 noon and the first race at 2pm.