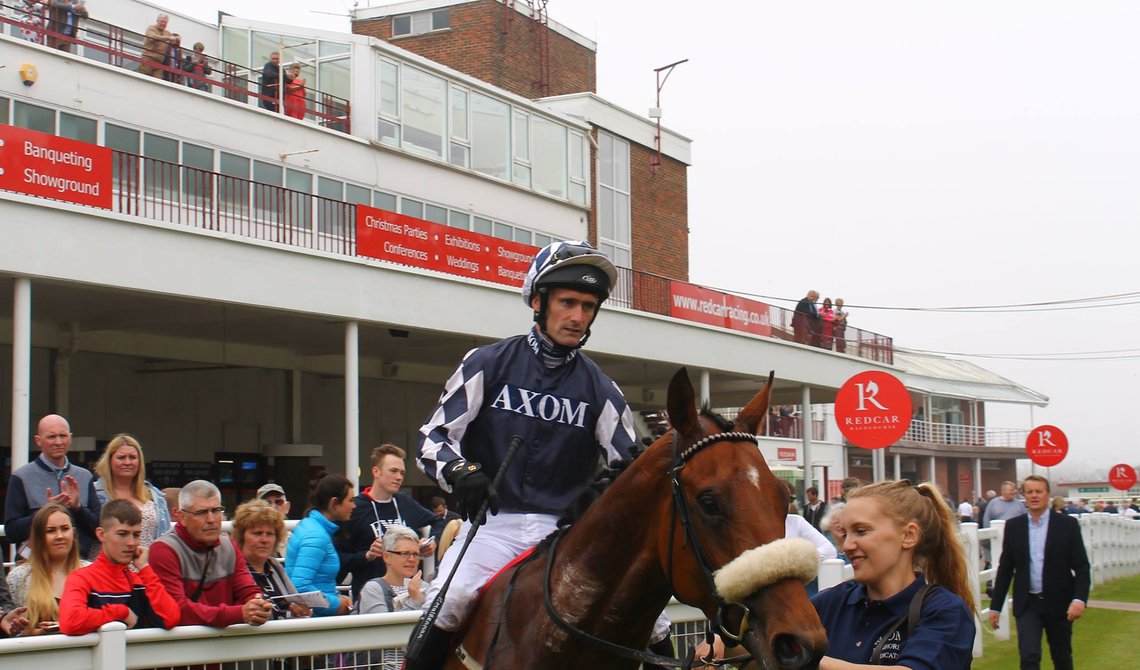 Redcar follows up a highly successful Bank Holiday Zetland Gold Cup meeting with an eight-race card on Tuesday (May 29).

The Watch Racking UK In Stunning HD Fillies’ Handicap particularly catches the eye and Michael Dods’ Fumbo Jumbo has the feel of being back on a winning mark after dropping down the weights. The ground has come right and she’s likely to get the fast pace that suits her, although a bold bid is also expected from Mick Easterby’s course and distance winner Carlton Frankie and Paul Midgley’s Merry Banter.

The Racing UK HD On Sky 426 Median Auction Stakes at 3.30pm is an intriguing contest with some potentially high-class contenders, led by Irish Oaks entry Worth Waiting. David Lanigan’s Newmarket raider comes to Redcar on the back of two promising seconds and should appreciate the longer distance.
That said, Luca Cumani won this race last year and market moves for the well-bred debutant Plentiful should be heeded.

The meeting gets underway at 2pm with the Longines Irish Champion Weekend EBF Fillies’ Novice Median Auction Stakes and Tom Dascombe’s Jensue looks like she’ll enjoy a step up in trip having shown ability in her two races so far. Mark Johnston’s two-year-olds are flying as usual and £32,000 yearling I’ll Have Another needs watching in the betting on her first run.

The way Tim Easterby’s Lever Du Soleil finished over 1m 4f at Wolverhampton last time suggests the step up in trip of the Follow Redcarracing On Facebook and Twitter Maiden Handicap Stakes could be just the job. Hughie Morrison is in good form and Snatty Dancer, by Nathaniel, should also find the stamina test to her liking.

Paul Mulrennan rode a Redcar winner on Monday after being rushed to hospital with kidney stones in the early hours of Saturday. He might well land another on Rey Loopy in the Watch Racing UK Anywhere Handicap. Ben Haslam’s gelding has been in cracking form on the all-weather and just needs to transfer that to Redcar’s lush turf.

Danehill Desert, trained by Richard Fahey, appeared much happier on a fast surface when second last time at Hamilton and he looks the answer to the Racing UK Profits Returned To Racing Handicap (Division One).

Mark Johnston’s Jalboot shaped well on his handicap debut on Wolverhampton’s all-weather last time and should make a bold bid in Division Two. However, preference is for David Barron’s Tember who should like this ground.

The final race, the Watch Race Replays At racinguk.com Amateur Riders’ Maiden Handicap, looks ready-made for Julia Feilden’s Newmarket raider Tallulah’s Quest. Here’s what the trainer says on her latest blog: “It looks as though we will have three runners this week too, kicking off with Tallulah's Quest up at Redcar on Tuesday. Everyone knows that we have always thought a lot of her so it is surprising that she is still a maiden as a four-year old but it does mean that she qualifies for this unusual race they have every year which is a handicap for maiden four-year olds and upwards with amateur jockeys on board. It is usually the weakest race run every year so she really ought to do something in it, the only concern being the drop back to six furlongs. Hopefully she won't find things too sharp and can show her class.”