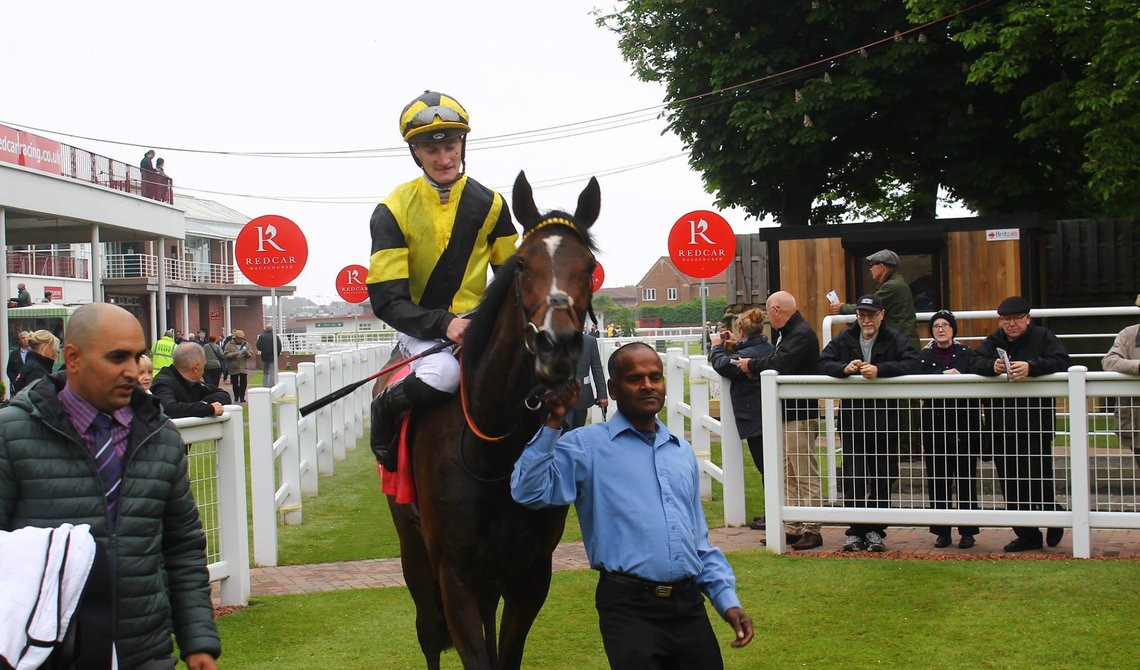 Newmarket trainer David Lanigan is keeping his options open about a classic entry for his filly Worth Waiting after her victory at Redcar yesterday.

The Bated Breath odds-on shot is entered in the Irish Oaks and Lanigan said: “We’ll look for something better for her now, like a Listed race, and keep the option of Ireland open.”

Worth Waiting looked likely to win much more easily under Daniel Muscutt but had to knuckle down to beat Roddy by a length and a half.

Her trainer said: “She’s a very straight-forward filly who only ever seems to do just enough – that’s just the way she is. But she looks like she’ll get a trip standing on her head.”

One of the great characters of racing, 87-year-old Mick Easterby, was orchestrating the applause in the winner’s enclosure after course and distance winner Carlton Frankie readily justified favouritism in the Watch Racing UK In Stunning HD Fillies’ Handicap Stakes.
The veteran trainer said afterwards that the first-time hood had made a difference to his filly who stayed on well to beat Rose Marmara.

The eight-race card, which acted as a dessert to the main feast of the Racing UK Zetland Gold Cup meeting on Monday, got off to a cracking start with a thrilling finish in the Longines Irish Champion Weekend EBF Fillies’ Novice Median Auction Stakes.

Jensue, trained by Tom Dascombe and ridden by Alistair Rawlinson, just got the better of Mark Johnston’s impressive debutante I’ll Have Another in the contest for two-year-old fillies.
Owner Alan Cronshaw, brother of former jockey Wally Cronshaw, drove up from Manchester expecting a big run from the Red Jazz filly who is named after his daughter Jennie and wife Sue.
“Alistair told us she battled all the way and will come on a ton for the race,” said Mr Cronshaw.

Abushamah had run 28 times since his last win but battled well under Jack Garritty to take the Watch racing UK Anywhere Handicap Stakes for popular Stillington trainer Ruth Carr.
“He’s been frustrating but thanks to the owners for being patient and Jack timed it perfectly,” said the trainer.

Twenty eight runs is a long time to hold out for a win but Jessie Allan had remained a maiden for 40 runs before winning the last race, the Watch Race Replays At racinguk.com Amateur Riders' Maiden Handicap Stakes.
The winner is trained in Scotland by Jim Goldie and was a first winner for 21-year-old Corey Madden, a former apprentice in Ireland with Tommy Stack.
"It got a bit messy but she ended up on the rail and that definitely helped," said Corey.

Rickyroadboy is proving to be an improving sprinter for North Yorkshire trainer Mark Walford and was driven home by Andrew Mullen in division two of the Racing UK Profits Returned To Racing Handicap Stakes.
"He's done nothing wrong since going handicapping and is going from strength to strength," said the trainer, who will now aim the horse at a race at Ripon on June 7.

Division one was won in good style by Riverside Walk, ridden by Phillip Makin and trained by Keith Dalgleish.

Tim Easterby had a Redcar winner on Monday and followed up in the Follow Redcarracing On Facebook and Twitter Maiden Handicap Stakes with a comfortable victory by Lever Du Soleil in the hands of Duran Fentiman.

Picture - Worth Waiting and Daniel Muscutt return to the winner's enclosure.