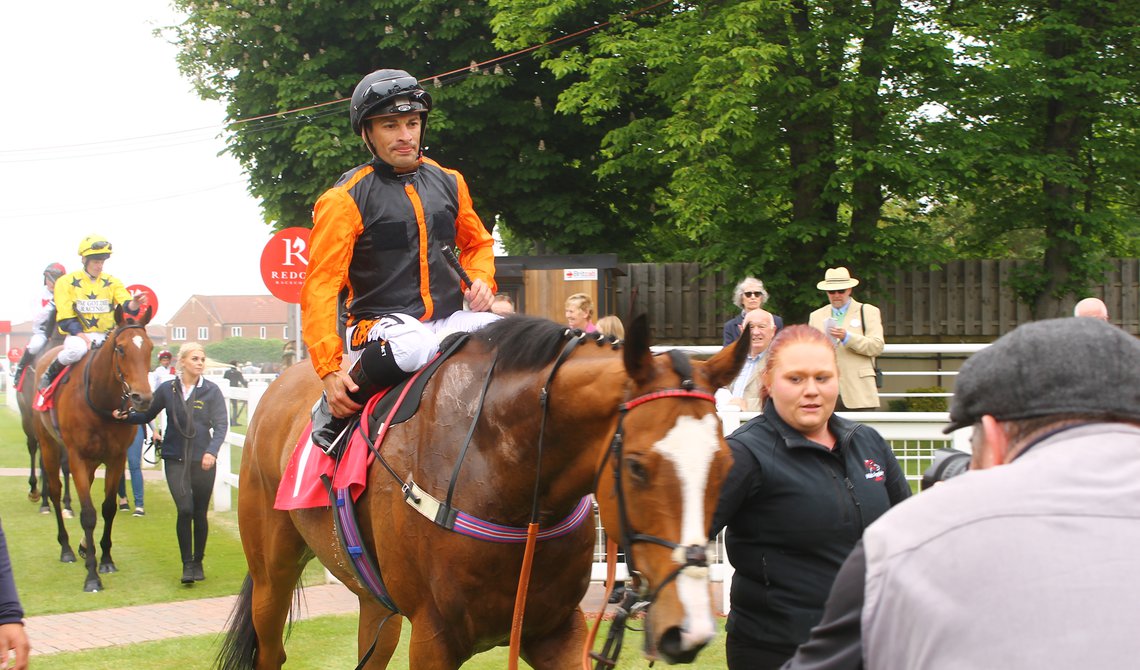 TRAINER Mick Appleby has made the most of his visits to Redcar this season and he looks likely to be among the winners at the seaside again on Friday.

The Rutland-based handler took the Zetland Gold Cup in May with Big Country (pictured) and bagged a Redcar double a month later with Cryptonite and Railport Dolly.

Appleby’s Slipstream carries the Big Country colours in the Best Flat Races Live On Racing UK Handicap (Division Two) and the country’s hardest working jockey Luke Morris, who covers 60,000 miles a year in search of winners, comes up for the ride. Second last time out at Leicester, the others are likely to be in the gelding’s slipstream this time.

The Appleby-Morris partnership may well have a double in the following race, the Racing UK’s Biggest Ever Flat Season Novice Stakes, with newcomer Danzena apparently well-fancied. Hambleton’s Kevin Ryan and Newmarket trainer James Tate also have interesting newcomers in Bielsa and Inching Closer respectively, so the market will be an interesting guide.

Andrew Balding is another trainer worthy of note when he sends raiders from Berkshire to Redcar and he came close to landing the valuable Racing UK Two-Year-Old Trophy earlier this month when Beat Le Bon came with a late rattle to be second.

Balding’s Soldier To Follow was staying on resolutely when winning at Hamilton over 1m 4f last time out, so the 1m 6f of the Sam Hall Memorial Handicap looks within his radar, with talented David Probert in the saddle.

Probert has another live chance on Balding’s Fox Leicester in the following Market Cross Jewellers British EBF Novice Stakes. The Dark Angel colt was never nearer when third over seven furlongs at Ascot last time and has an extra furlong to travel here. Michael Dods’ Ride The Monkey sprang a 25-1 surprise against some well-bred types despite running green on his Redcar debut at the end of September and will surely come on for the experience so shouldn’t be discounted.

Dods, who trains at Denton, near Darlington, has had another cracking season, highlighted by Mabs Cross winning the Group 1 Prix de l’Abbaye in Paris a fortnight ago. He saddles Grinty in the Best Flat Races Live On Racing UK Handicap (Division 1) and, although the gelding has only run three times this season, he reserves his best form for Redcar. A course and distance winner, he’s never been out of the first three in his last four runs at Redcar so could run well at a decent price.

The eight-race card gets underway at 1.45pm with the Get So Much More With Racing UK Claiming Stakes and it’s hard to be confident about any of the contenders. A chance is taken with the David Evans-trained Shescominghome, who showed a lot of improvement between her first two runs and makes the long journey from Monmouthshire.

Mark Johnston’s runners are always to be feared at Redcar and Urban Highway is the selection in the Racing UK Extra On racinguk.com EBF Novice Stakes. Beaten into third by a 100-1 shot when favourite at Pontefract last time, he could be another Johnston improver. Michael Dods has had a couple of big-priced debutante winners at Redcar recently so watch the market for signs of interest in Galley Gold.

The competitive card comes to a climax at 5.25pm with the Watch More With Racing UK Extra Handicap for lady amateur riders. Kevin Ryan’s Savannah Moon caught the eye when running on well to be a neck second at Nottingham just over a week ago and looks primed to win this under Harriet Lees.