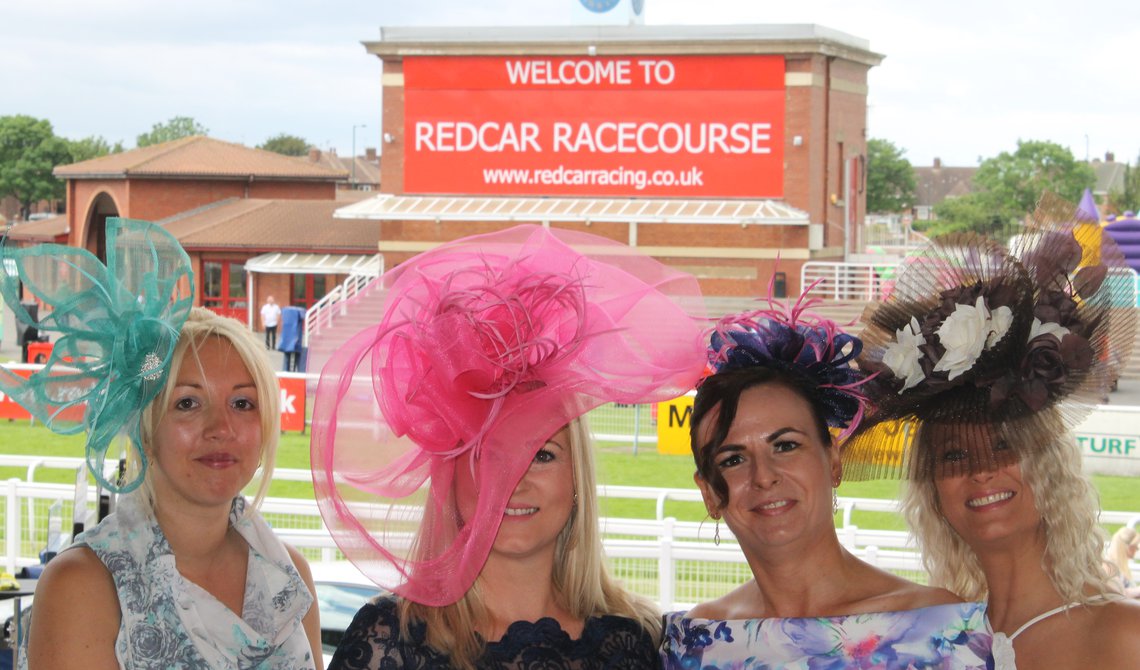 JOCKEY Brodie Hampson knows the hazards of race riding better than most but she looks primed for a starring role on Ladies’ Night at Redcar.

Brodie is lucky to be riding at all after a series of accidents in her career, but has bounced back each time, and looks poised to open Saturday’s meeting with a win on board Lambourn raider Menin Gate, trained by her fiancé Archie Watson.

She only returned to racing in July, having spent four months on the sidelines with a shattered leg following a freak accident on the gallops while riding out for Watson. Before that, she had twice broken her back – in a point-to-point when she was 17, and in a fall at Newton Abbott in 2018.

However, she showed she is back to full fitness when riding a winner for Watson, in the shape of Luna Magic at Salisbury last week, and it could be hats off to her again when Menin Gate goes to post in the opening Lynne Young Millinery Handicap.

The gelding was a course and distance winner at Redcar on his last run of 2020 and went down to a narrow defeat at Haydock on his only run this season earlier this month.

Leyburn trainer Karl Burke is having another fine season and is only one winner off the 70-mark for the campaign. He will be well fancied to land the second race, Division One of the Celebrate The Life of Ann Allport EBF Restricted Novice Stakes, with Lethal Levi.

The topweight has been in consistent form in his debut season, winning at Hamilton in June and finishing second in his last two runs at Catterick and Thirsk. Claimer Pierre-Louis Jamin takes off a useful five pounds.

Division Two could go to another North Yorkshire topweight, with the Richard Fahey-trained International Boy by far the most experienced in the field. That said, the colt, ridden by Tony Hamilton, has yet to score in seven attempts so the market is worth watching for anticipated threats.

Race four – the Happy 40th Birthday John McGaw, FEC Legend Fillies’ Restricted Novice Stakes – is likely to go to Newmarket. Bellstreet Bridie, trained by Michael Bell and ridden by Sam James, made a promising debut when second of 10 at headquarters on August 7 and the daughter of Derby winner Sir Percy looks the pick here.

Mark Johnston’s horses are to be feared wherever they run and  Sibaaq, running in the famous blue and white colours of the Shadwell Estate, could be the answer to a tricky renewal of the Racing TV Straight Mile Series Handicap.

The three-year old Dark Angel gelding was an impressive winner at Beverley last time and holds an interesting entry in the Ripon Rowels Handicap on Bank Holiday Monday.

The following Market Cross Jewellers Handicap is another competitive affair. Michael Dods, who trains at Denton, near Darlington, is having another solid season, having broken through the 40-winner mark last week, and Fleetwood Pier could add to the tally.

Running in the Mabs Cross colours of David Armstrong, Fleetwood Pier was runner-up at Redcar on his second run as a two-year-old, and was only just denied on his first run of this season at Nottingham in July. He looks ready to go one better under the experienced Tony Hamilton.

Wily Lancashire trainer Eric Alston has been training winners for more than half a century and the penultimate Every Race Live On Racing TV Handicap could go his way with Niagara, ridding by Jason Hart.

Niagara was a close third behind Tim Easterby’s Fossos at Redcar in July and has a four-pound pull at the weights this time. He was then runner-up last time out on the all-weather at Newcastle and a race looks ready to fall Niagara’s way soon.

The final race on the card is a north versus south match between Carrigillihy, trained in North Yorkshire by in-form Tim Easterby, and Moliwood, trained at Newmarket by Marco Botti. Preference is for Carrigillihy, who scored back-to-back wins at Ripon and Thirsk earlier this summer.