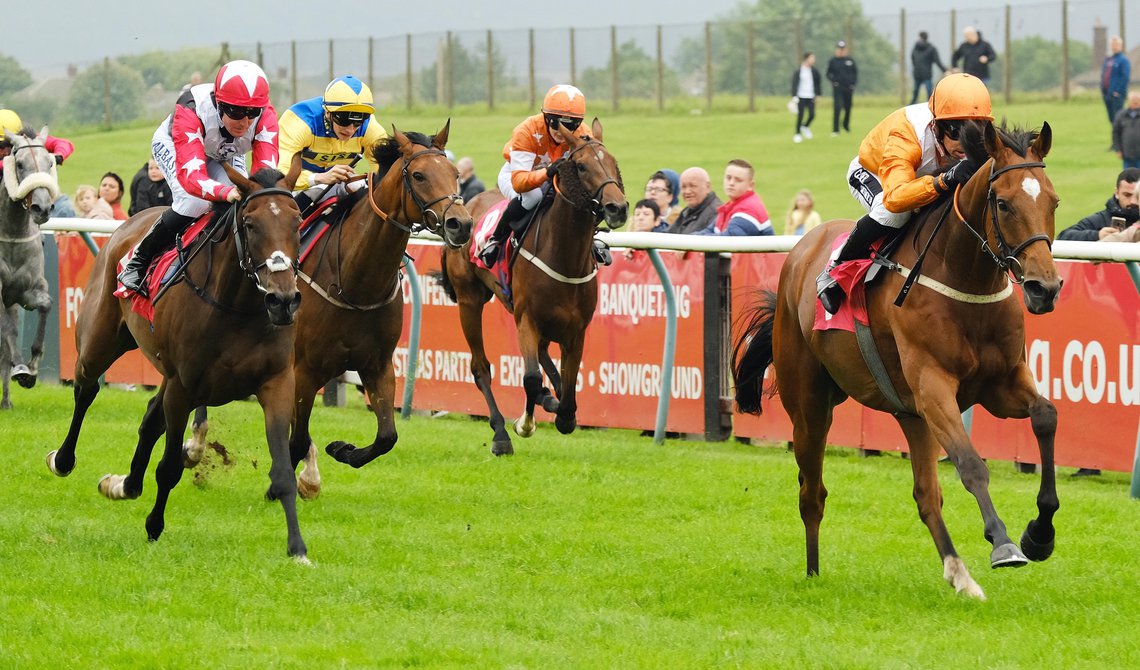 MR Coco Bean and Redcar Racecourse proved to be the perfect blend in 2019 when David Barron’s gelding racked up three wins at the seaside track.

And, with the Thirsk-trained seven-year-old dropping to an attractive mark, he will be well fancied to return to the winner’s enclosure at his favourite course tomorrow (Wednesday).

Jockey Connor Beasley has been in fine form of late and Mr Coco Bean can take the Every Race Live On Racing TV Handicap at the expense of Nigel Tinkler’s Whatwouldyouknow, who has a 5lbs penalty for scoring at the last Redcar meeting.

Beasley can strike again with Star Jewel, trained at Newmarket by Simon and Ed Crisford, looking the answer to the Watch Racing TV In Stunning HD Fillies’ Novice Stakes. She won her only start as a two-year-old at Kempton and this is a good opportunity to kick-off her belated three-year-old campaign.

The seven-race card gets underway at 1pm with the Best Flat Races Live On Racing TV British EBF Novice Stakes for two-year-olds. Last Crusader, trained at Leyburn by Karl Burke, was a well-backed favourite on his debut at Ayr earlier this month and stayed on stoutly to duly oblige. He appears likely to follow up with Danny Tudhope in the plate.

That said, Michael Dods is on a roll and the Denton handler saddles three newcomers in Audit, Azure Blue, and Capercailie. It’s worth a market check for signs of confidence.

Northern raiders from the powerful Newmarket yard of William Haggas are always to be reckoned with and he sends up Sweet Believer for the racingtv.com Straight-Mile Series Handicap. She opened her account at Nottingham a fortnight ago and will be a warm order back in handicaps with Adam Farragher taking off a useful five pounds.

Oh So Hot, trained at Thirsk by Adrian Nicholls, has been campaigned at up to a mile and a quarter this season and was headed towards the finish when a close second over seven furlongs at Ayr last time. The filly drops back again to six furlongs for division one of the Get So Much More With Racing TV Handicap and a bold show is expected under Barry McHugh.

Five-pound claimer Stefano Cherchi has already developed a liking for Redcar after securing a double at the track in June and he could be back in the winner’s enclosure with Lockdown Lass in division two. Trained in Cheshire by Gary Hamner, she was a winner at Doncaster before running creditably in a Haydock handicap last time and is now back down in grade.

The final race is the AJA Novice Flat Amateur Jockeys’ Handicap and it can go to Patrick Barlow on Richard Fahey’s Absolute Dream. In three career runs at Redcar, the gelding has won once and twice been second, so he clearly likes the track and is back on a winning mark.