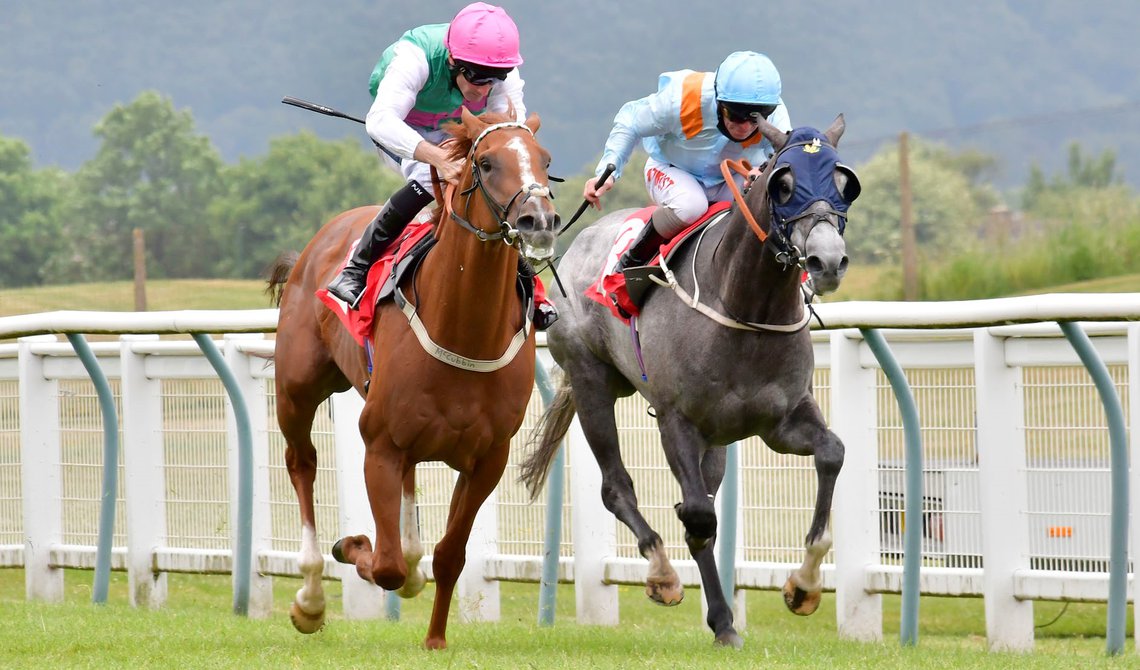 JOCKEY Paul Mulrennan and trainer Kevin Ryan took the honours with doubles as Redcar staged the first of back-to-back meetings with an increased number of spectators.

The seaside track has gone up to 100 per cent of its Covid-19 capacity after successful trials during May and the crowd had plenty of close finishes to enjoy during an eight-race card.

Mulrennan was at his strongest with a quick-fire double, starting with Southern Voyage for Lambourn trainer Archie Watson in The Try Racing TV For Free Now Novice Stakes.

The Wootton Basset colt got up on the line to beat Sir Michael Stoute’s Tiger Beetle, ridden by David Allan, in a photo-finish.

Mulrennan said: “He’s still a big baby, very raw, and wasn’t doing a lot until the penny dropped. I think he’ll stay a bit further because he got every yard of that trip.”

The stable’s head lad, Gary McKenna, added: “He’s a nice horse and I think he’ll go on from here.” 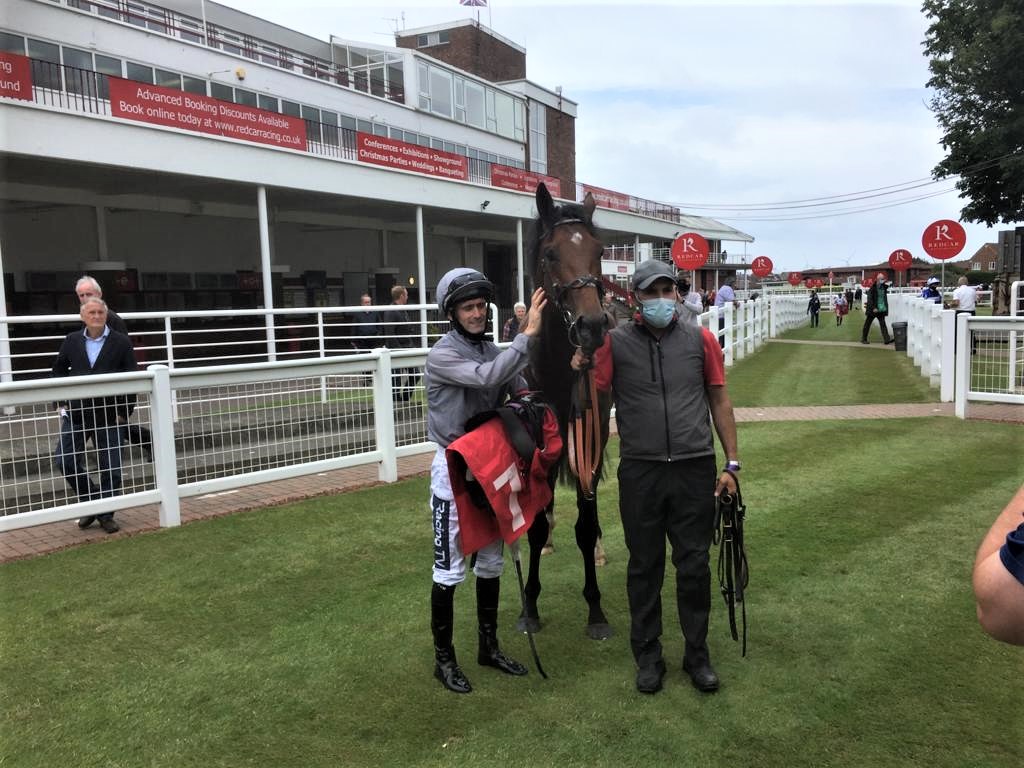 Mulrennan followed up in the next race, The Racing TV Free For A Month Handicap Stakes, with another cracking ride on Roger Charlton's Boltaway in the famous Juddmonte colours.

This time, he just got the better of Franny Norton on Mark Johnston’s Fairmac in another thrilling finish (see main picture).

Mulrennan said: “My horse wasn’t doing a lot in front and would be better in a bigger field. I committed earlier than I’d have wanted but he’s a nice horse who’s progressing nicely.”

Hambleton trainer Kevin Ryan scored his double in the last two races, starting with an impressive display from Dajraan – a son of the mighty Frankel – who gave Franny Norton an armchair ride in division two of The Watch Race Replay At racingtv.com Handicap.

The trainer’s son, Adam, said: “He’s growing up now and was really relaxed in the parade ring and during the race today. Franny did the right thing by keeping it simple and he was impressive. We’ll see how he comes out of the race, but he’ll probably get a mile in time.” 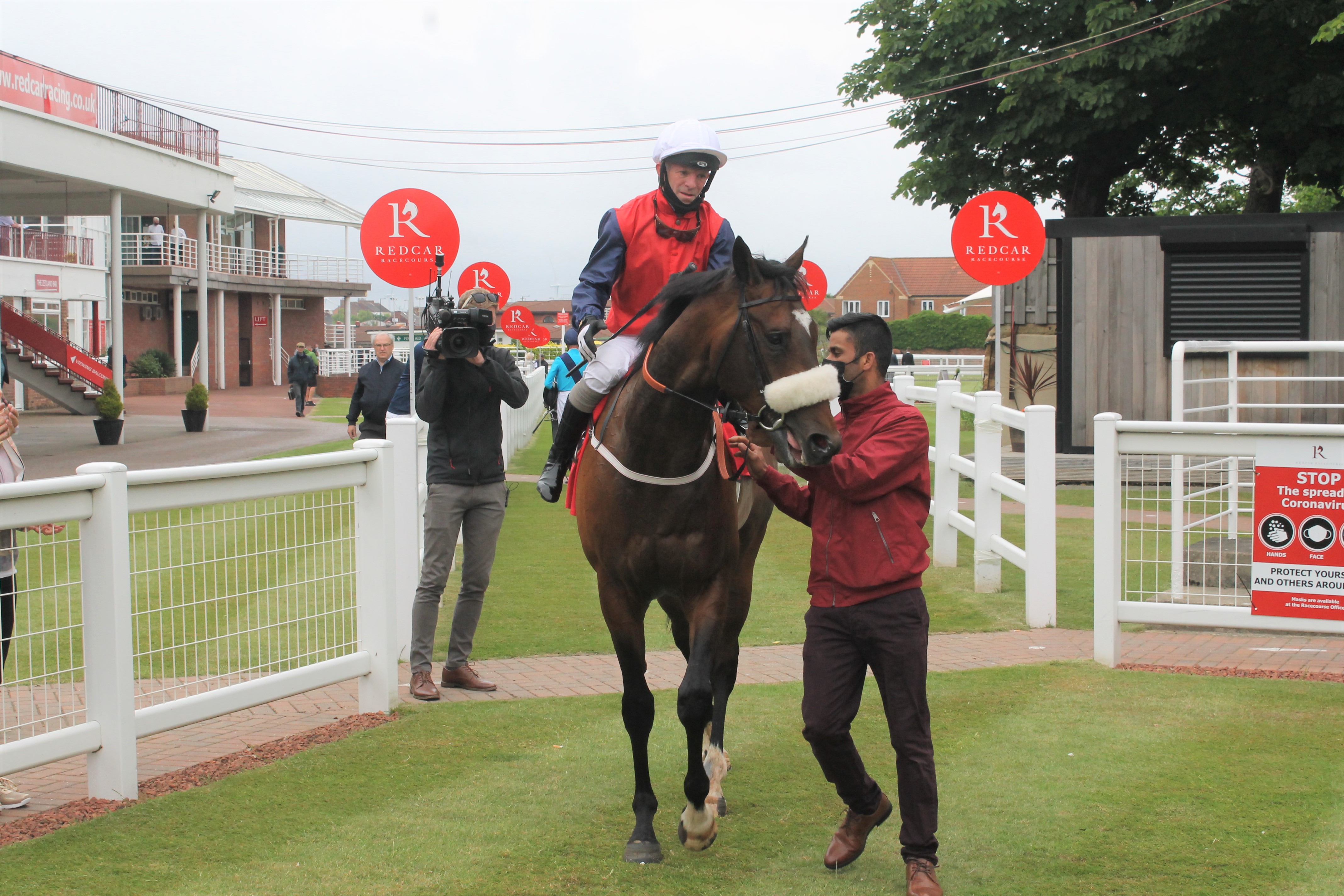 The double was secured for the Ryan stable when Aunt Agatha showed a good attitude under Shane Gray to land The Come Racing Again Tomorrow Maiden Handicap, in the famous black, gold and pink colours of Guy Reed Racing.

Adam Ryan said: “We’ve always thought a lot of her and that was a nice confidence booster.” 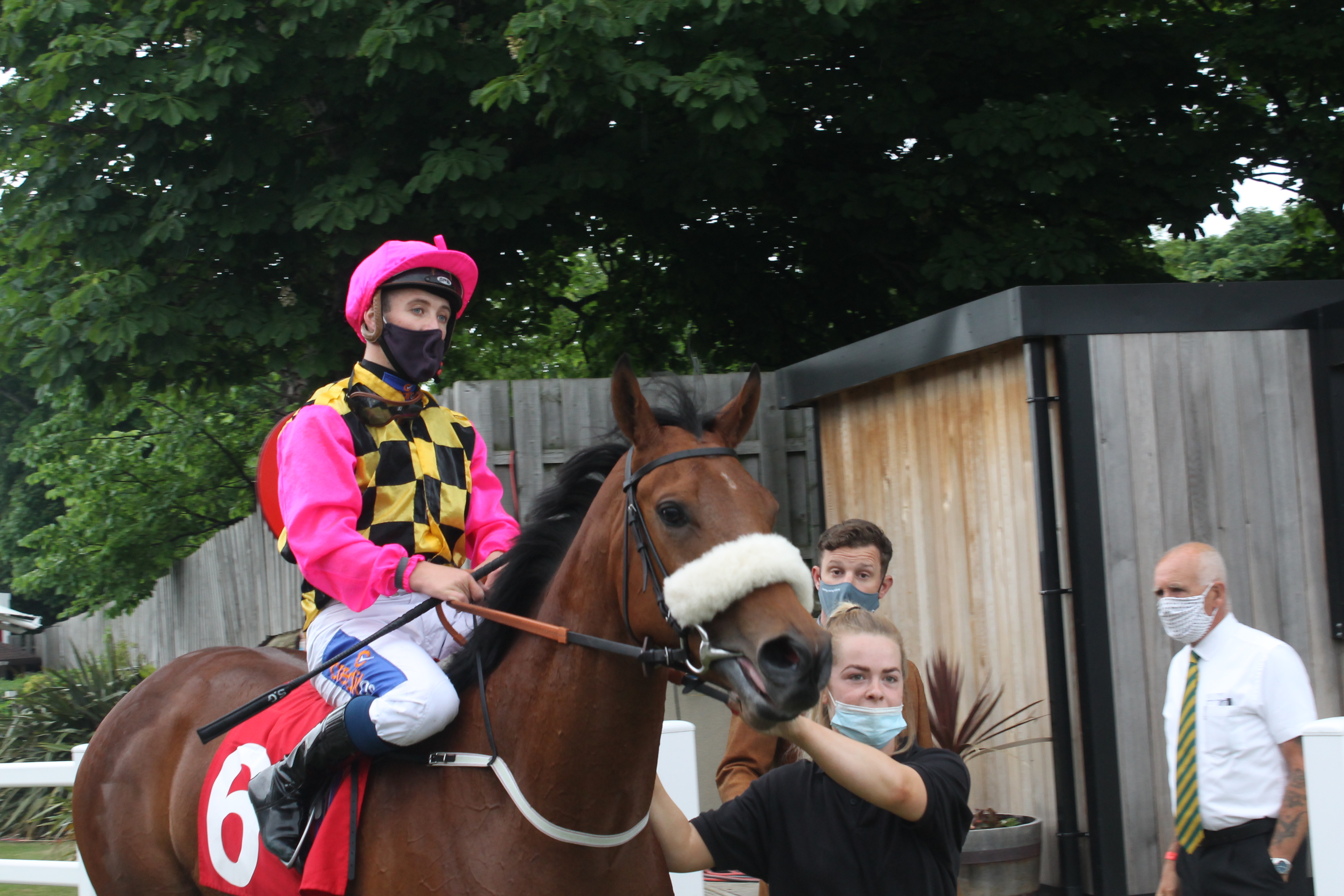 Hart: “They were going a nice gallop so I tried to take my time. We always thought a lot of him last year and it’s nice to see him progressing.”

Asked about his Royal Ascot win in the Buckingham Palace Stakes for the same trainer, Hart added: “It was a brilliant day – you couldn’t write it. The filly was up in the van all the way and I didn’t think anything would beat her from three furlongs out.” 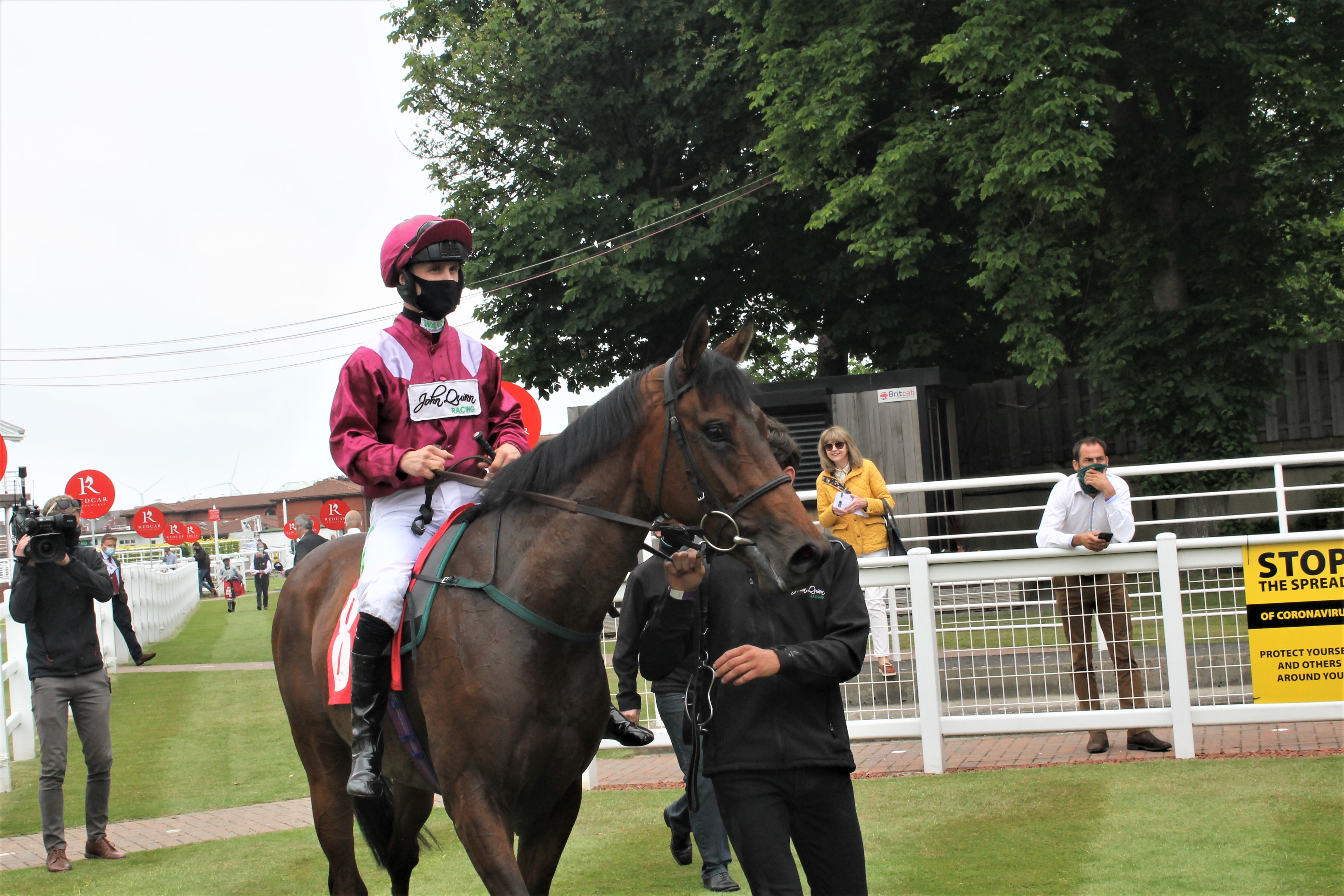 Michael Dods, who trains at Denton, near Darlington, is in fine form and he recorded his 20th winner of the season as Hear Me Roar, ridden by Connor Beasley, took the Watch Race Replay At racingtv.com Handicap Stakes in progressive style.

The horse, by The Last Lion, was bought as a yearling at Tattersalls and hadn’t been named until Peter and his wife, Linda, were at Tenerife Airport and the Katy Perry hit “Roar” started playing with the lyric “Hear Me Roar”.

“I phoned Anne, told her what was playing at the airport, and that was it – we had a name,” recalled Peter.

He added: “He’s learning his trade, maturing well, and he’s started to really enjoy his work in the last few weeks. He could be better stepping up in trip.” 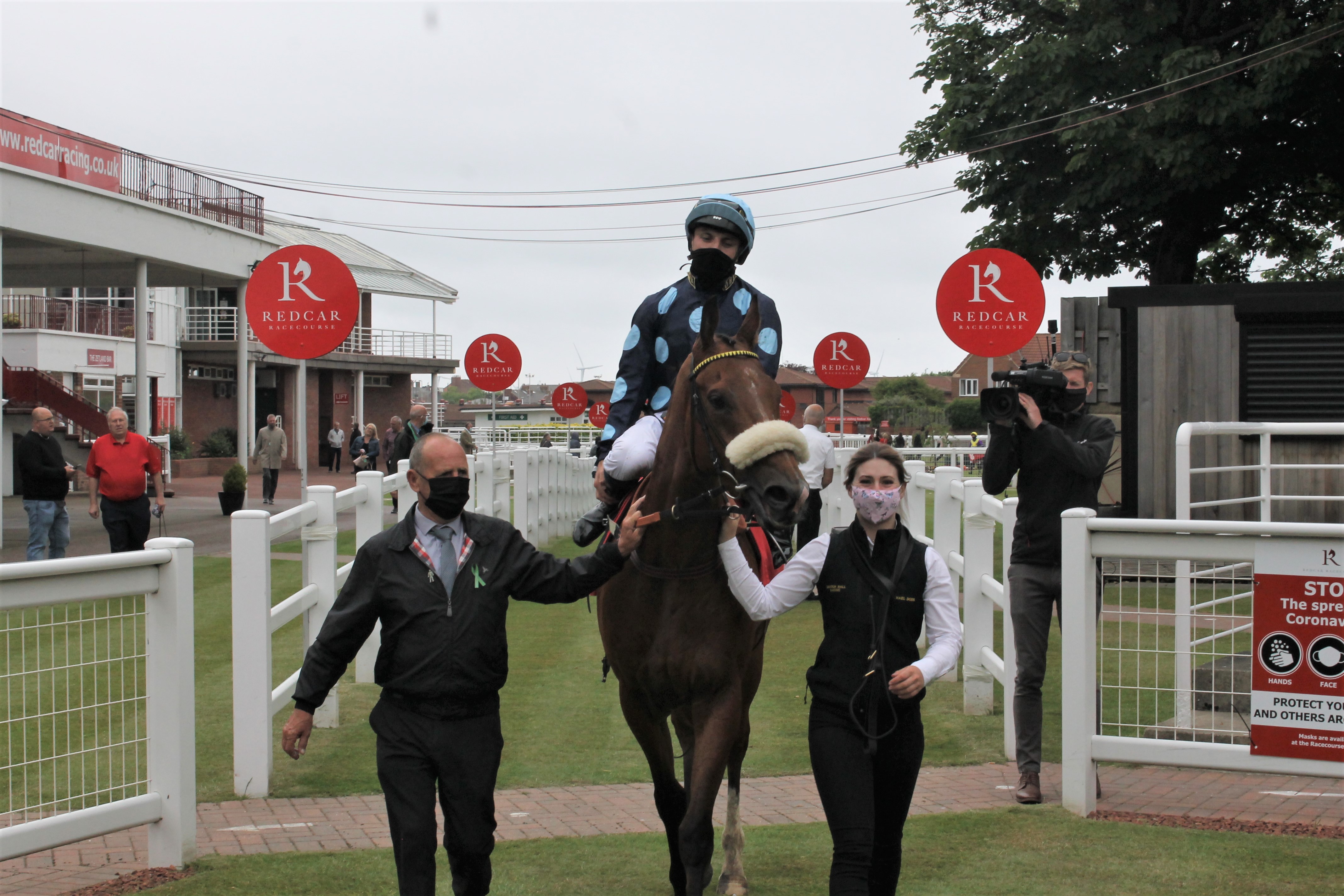 The filly had been claimed from David Barron after being second in her previous race, also at Redcar.

The trainer said: “We thought about putting her in foal but she hadn’t come in season, and she was going well enough at home, so we came here.”

The filly is owned by brothers Alan and David Fairhurst in partnership with the RedHotGardogs syndicate. Alan Fairhurst, a retired businessman from Wynyard, said: “We thought she’d be there or thereabouts and Billy gave her a really good ride.” 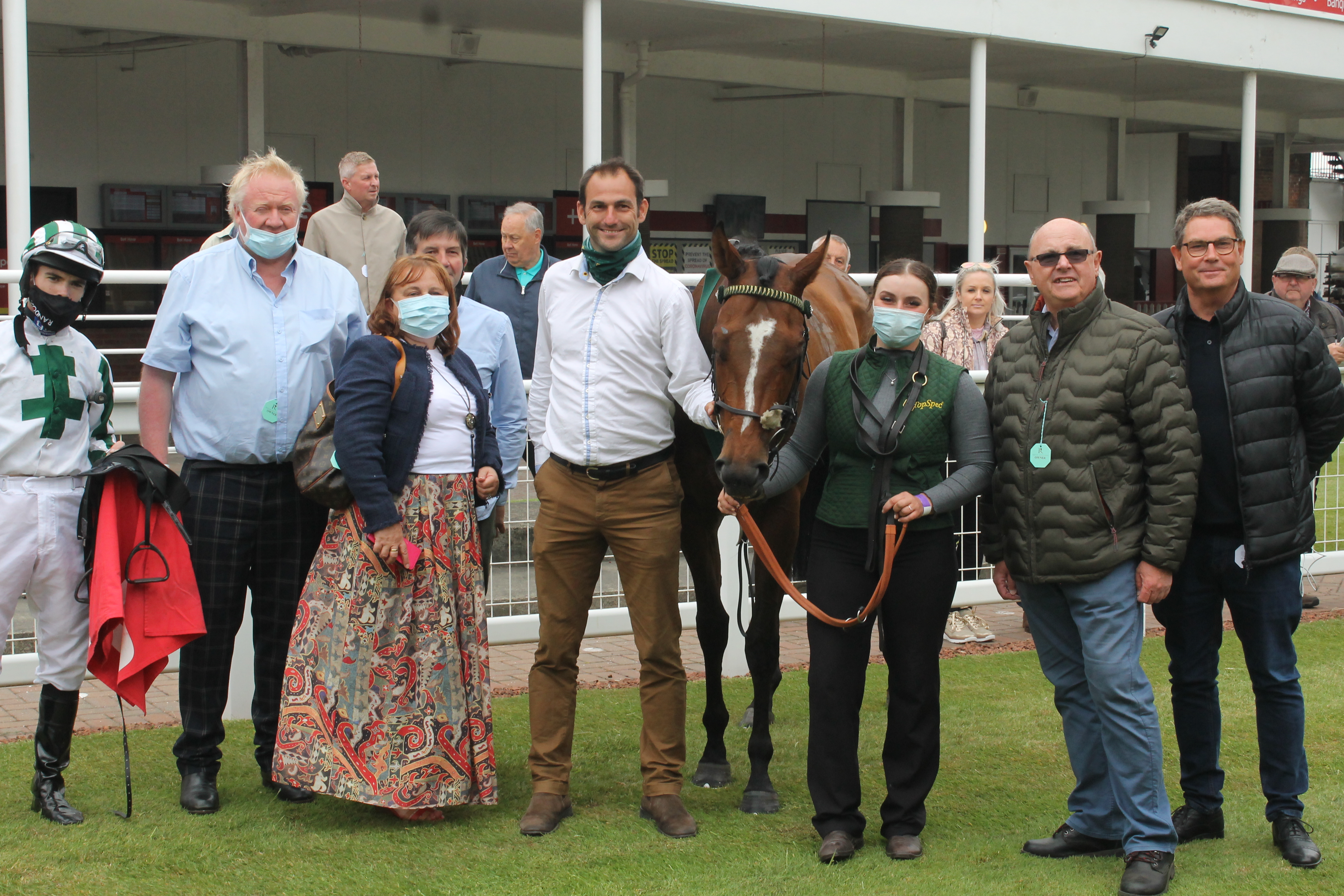 The day began with a victory for Malton handler Tim Easterby, who had three entries in The Start Your RacingTV Free Month Selling Stakes.

The prize went to the Andrew Elliott-ridden Stripzee, who was backed from 50-1 to 201. 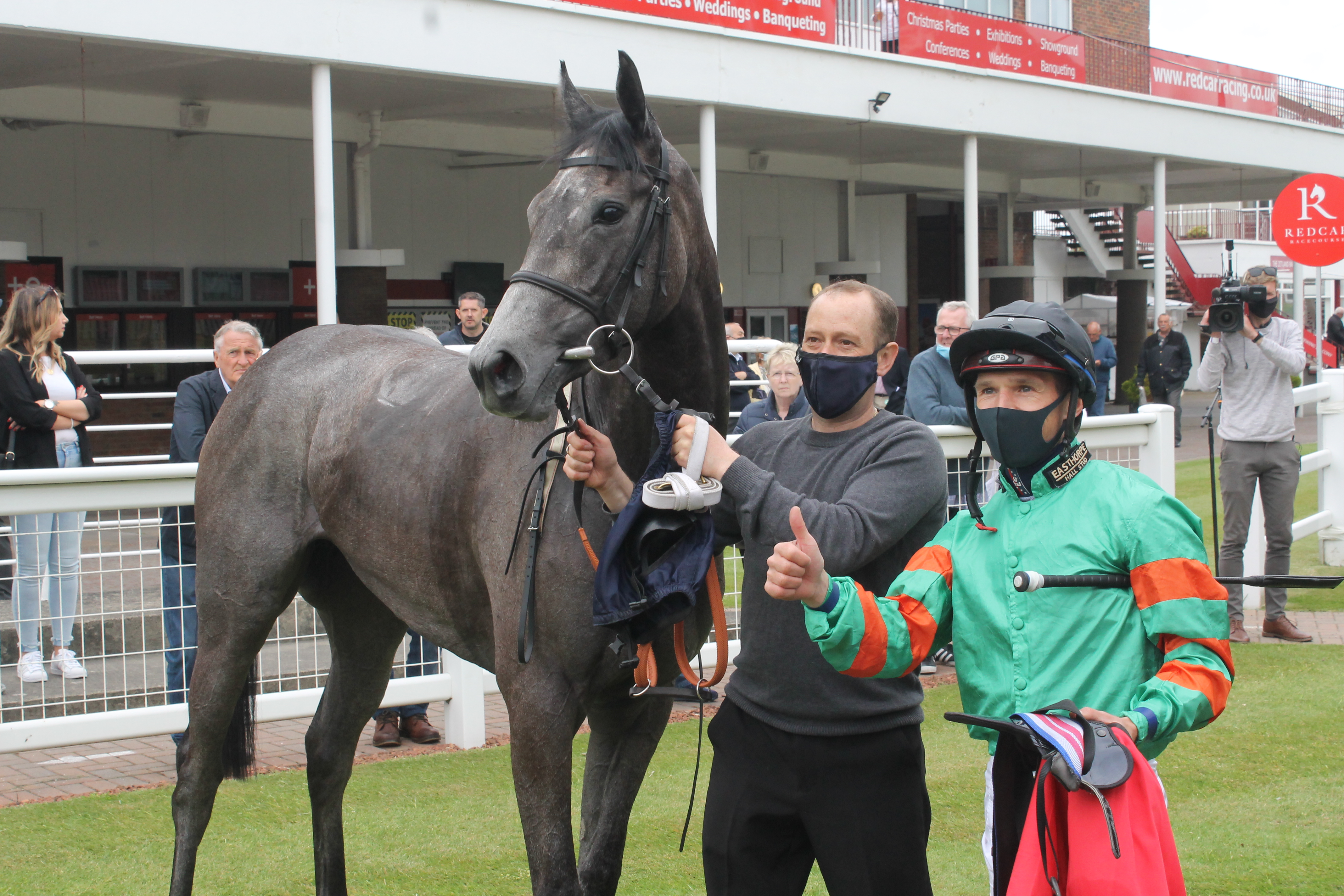