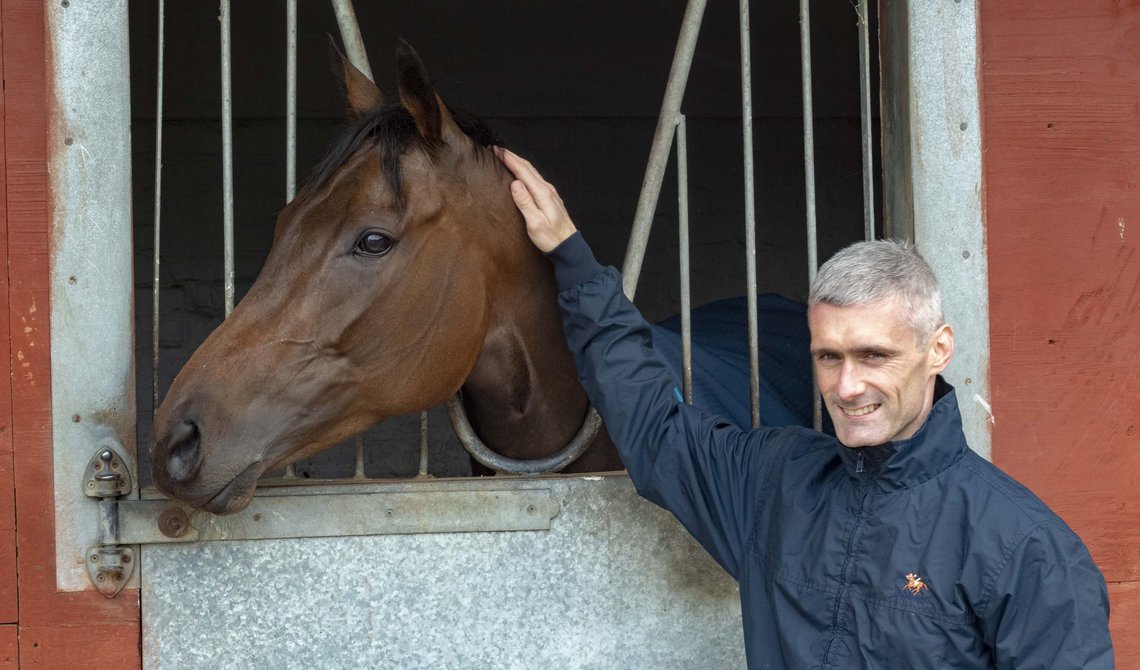 FRESH from reaching the milestone of 1,000 winners, and mixing it with the elite at Royal Ascot this week, Paul Mulrennan could be the man to follow at Redcar this Friday.

The meeting is the appetiser ahead of the fashion feast of Saturday’s Ladies’ Day meeting and the stylish jockey has an attractive book of rides.

His main stable of Michael Dods has three scheduled runners in the Celebrate The Life of Joe Newton Handicap at 2.45pm, including course winners Dancin’ Boy and Ride The Monkey, as well as Flint Hill. However, Mulrennan rides the progressive Cape Victory for Newmarket trainer James Tate, making his handicap debut after winning a Musselburgh maiden last time up. The Dawn Approach colt looks a solid choice to keep the Mulrennan bandwagon rolling.

The jockey is also taken to land the following Watch Racing TV in Stuning HD Claiming Stakes on Mick Easterby’s Imperial State. The veteran Malton handler has two other runners in the race, with Nathan Evans riding Roller and John Quinn on board veteran Kalk Bay. The betting is worth noting for signs of stable confidence but Imperial State, a winner twice for George Scott, is on an attractive mark back at seven furlongs.

The Trial Racing TV For Free Now Novice Stakes is a tricky affair with strong southern raiders in the form of James Fanshawe’s Audarya – a £125,000 yearling – and Hugo Palmer’s Artois. However, Mulrennan again has a fighting chance on Jedd O’Keeffe’s Proton, who showed significant improvement to win at Carlisle on his stable debut and will appreciate the soft going.

The seven-race card gets underway at 1.40pm with the Start Your Racing TV Free Trial Now Selling Stakes and Lambourn trainer Stan Moore could hold the key with two runners, Birkie Queen and Brown Eyes Blue. Both were sent to France for their last runs and the market should send a strong signal. With a step up in trip and 7lbs claimer Laura Coughlan in the saddle, the vote goes to Birkie Queen.

It’s four years since Donncha last won a race but that was at Redcar when he was with Robert Eddery. Now trained at Malton by Seb Spencer and ridden by David Allan, he’s shaping as if there’s still a race in him. He’s gone close on soft in the past so he’s a sporting choice in the Racing TV Free For A Month Straight Mile Series Handicap.

Newmarket trainer George Scott sends up Leo Davinci for the Watch Racing TV With Free Trial Now Handicap. He was fancied when third of 14 on soft at Windsor last time and should go well again under Ben Curtis.

Another Newmarket raider is taken to close the meeting with Robert Cowell’s Brigadier in the racingtv.com Maiden Handicap over five furlongs. He’s been consistent enough, including when third at Doincaster last time, but has pulled hard in his races. Fitted with a first-time visor, this could be his opportunity.