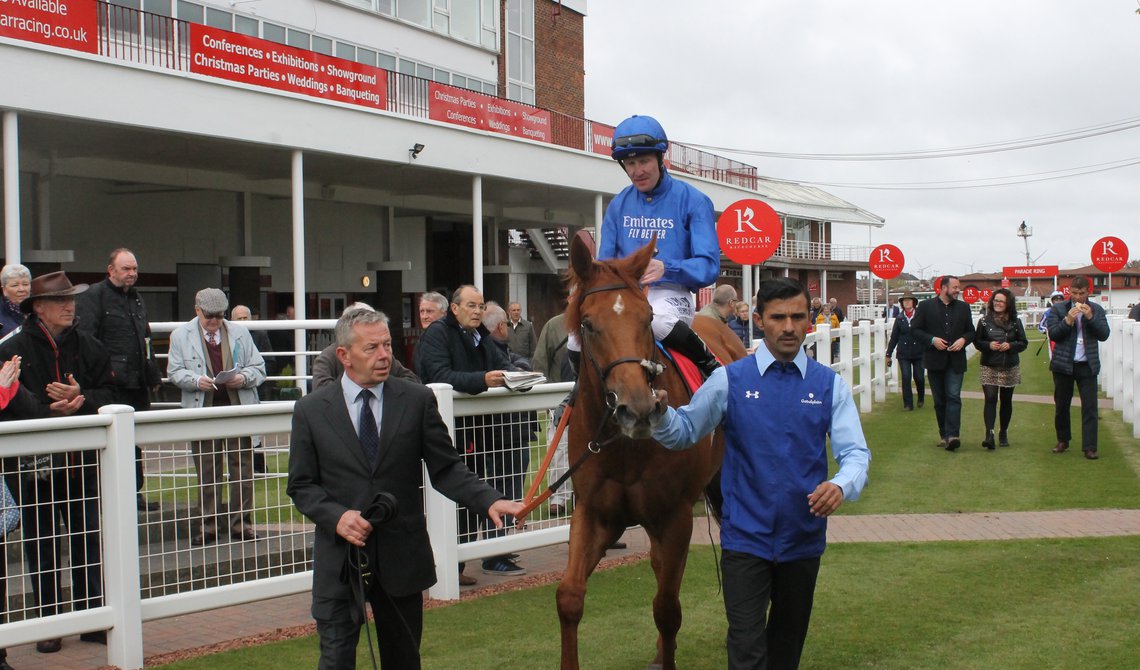 PAT Cosgrave is riding at Glorious Goodwood today but the experienced southern-based jockey makes the trip north for one mount at Redcar tomorrow (Wednesday, July 31).

Cosgrave, who has gone on to be a Group One-winning rider since being Ireland’s champion apprentice in 2003, takes the ride on Mina Vagante for Newmarket trainer Hugo Palmer in the Every Race Live On Racing TV Handicap.

The filly, also Palmer’s sole Redcar raider, looked like a winner in waiting when a neck second to Whatwouldyouknow at the last Redcar meeting, with the pair well clear of the rest.

Redcar’s reigning champion trainer Tim Easterby could also be one to follow during another eight-race card at the seaside course.

Malton-based Easterby has made no secret of his admiration for the quality of the Redcar track and he sends a strong list of runners for the competitive midweek meeting.

Easterby’s Perfect Swiss, ridden by the reliable David Allan, looks a likely contender for the Get So Much More With Racing TV Handicap (Division One). The gelding has been knocking on the door with a third and second on his last two runs at Ayr and Ripon and looks ready to complete the sequence with a win.

Easterby goes into battle in Division Two with War Ensign, a highly encouraging neck runner-up at Musselburgh a week ago. Wearing cheek-pieces for the first time to help him concentrate, and with Allan again in the saddle, he looks a decent bet to land the double.

Last year’s winner Someone Exciting, trained at Darlington by David Thompson, also has to be respected.

The meeting gets underway at 2.10pm with the Best Flat Races Live On TV British EBF Novice Stakes. Leyburn trainer Karl Burke has a wealth of talent among his two-year-olds and Macho Time can defy a penalty for winning on his debut at Ayr.

Jockey Ben Curtis is flying, including riding a Redcar four-timer earlier in the season, and he can get among the winners on David Barron’s Sorbonne in the Watch Racing TV In Stunning HD Novice Stakes. Second in a Catterick maiden on his only start two weeks ago, he looks the progressive type.

Newmarket trainer Roger Varian won the race last year and it’s worth checking the market for signs of confidence in Farzeen, who was halfway down the field of 14 at Kempton on his only run in January and hasn’t been seen since.

Whatever the fate of Farzeen, Varian will be confident of landing the racingtv.com Straight Mile Series Handicap with Edaraat, who swooped late to win a 10-runner Kempton handicap last time and is likely to improve despite being 9lbs higher.

Jupiter Road, a new inmate for Nigel Tinkler at Malton after leaving the Joseph O’Brien yard in Ireland, looks the danger.

The Join Racing TV Now Selling Stakes sees a remarkable fall from grace for Carry On Deryck, who was thought good enough to run in the Dubai Carnival for Godolphin when trained by Saeed bin Suroor last season. Now trained by Ollie Pears, this is a huge drop in class, although he has a lot to prove.

Any weaknesses in Carry On Deryck’s armoury could be exposed by Brian Ellison’s First Flight, who was seven lengths clear of the third when beaten a head by Anif at the last Redcar meeting.

The card concludes at 6pm with the AJA Novice Flat Amateur Riders Handicap. Last year’s winner Thornaby Nash is back for more, having moved from Karen Tutty to Jason Ward, but maintains the relationship with last year's victorious rider Amy Collier.

Preference, however, is for Fieldsman, who makes the long trip from Tony Carroll’s Worcestershire yard. He makes a quick reappearance after running on well to finish third in an Ascot lady riders’ handicap four days ago and is ridden by Sarah Bowen, who had her first winner under rules on Carroll’s Windsorlot last season.

PICTURE: Pat Cosgrave after winning on Gentle Look at Redcar in May