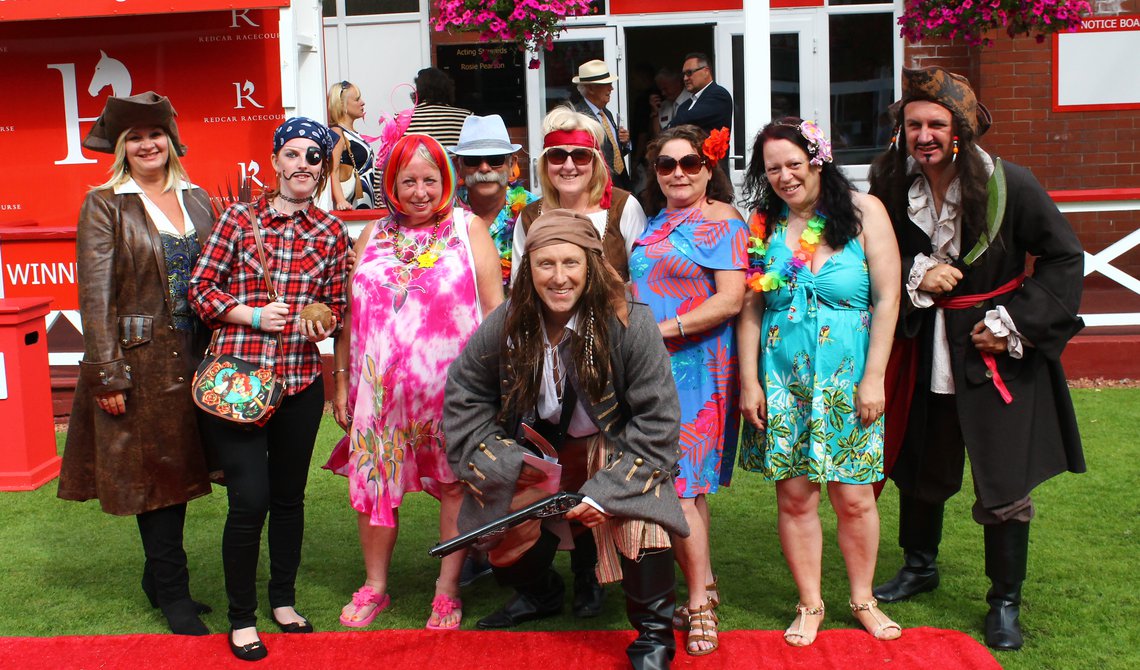 ENGINEER David Yates is heading off on an ocean adventure after dressing up as a pirate paid off at Redcar Races at the weekend.

David, from Sunderland, let out at almighty "Arrrrgh!" when he was announced as the winner of the adult fancy dress competition at Redcar's Caribbean Carnival meeting on Saturday.

David's pirate name is Rascallion Freebooter but when he's not being a pirate, he works for Stagecoach. His prize was a cruise for two from Newcastle to Amsterdam, courtesy of DFDS Seaways.

"It's been a great day, lots of fun, and to win the cruise is amazing," said David.

The seaside racecourse was invaded by pirates and Caribbean characters for the meeting, which featured eight races and lots of family fun, including bouncy castles, a surf machine, a steel band, and a coconut shy.

The Junior Fancy Dress Competition was won by the notorious pirate Logan Kermode, aged four, from Middlesbrough, who was awarded a treasure chest of sweets as his prize.

Redcar's general manager Amy Fair said: "It was great to see so many people getting into the Caribbean Carnival spirit."

The next Redcar fixture is the Gin & Gents evening meeting on August 25.