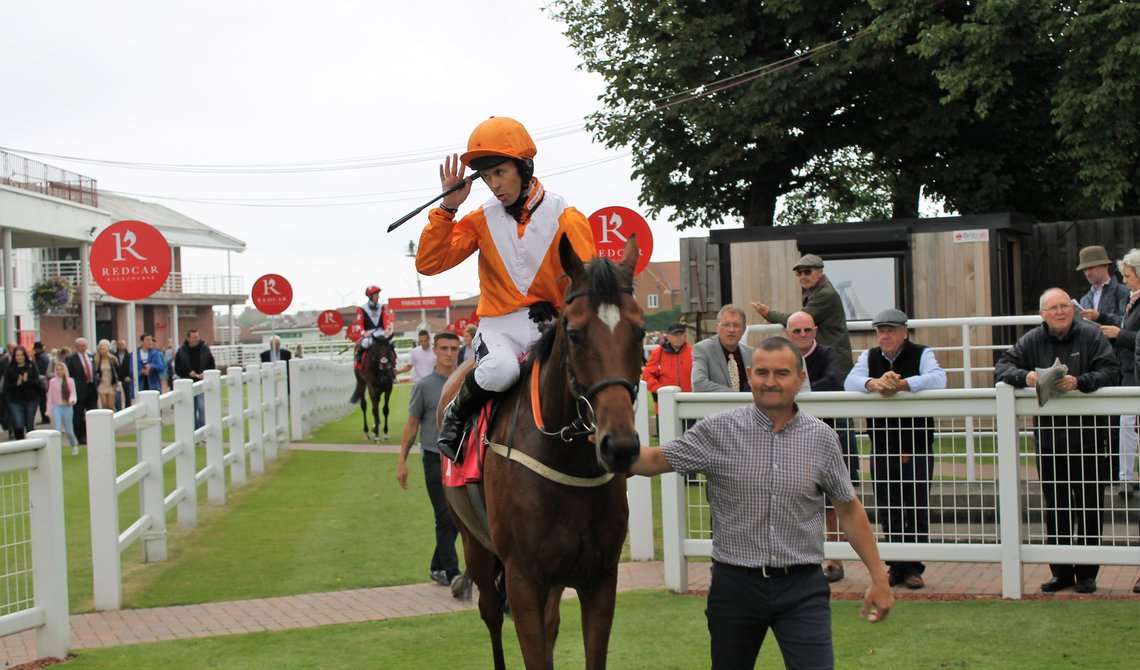 DAVID Barron’s Mr Coco Bean has displayed a strong taste for Redcar this season, putting up some stirring performances to win three times at the seaside track.

And the admirable Thirsk-trained gelding, pictured, is back for more at Redcar’s Wednesday meeting, with Grand National-winning jockey Graham Lee in the saddle for the William Hill Best Odds Guaranteed Handicap.

Admittedly, he flopped when last of 15 when stepping up to Grade 3 level at York last time but he clearly loves Redcar and it would not be a surprise to see him bounce back now he drops back back down a grade.

That said, David Egan, a rising star of the jockey ranks, makes an eye-catching trip to Redcar and the 2017 champion apprentice will be a popular choice on Takumi from Roger Varian’s powerful Newmarket stable.

Egan and Varian also team up with Talap for a competitive British EBF Future Stayers Maiden Stakes. The Kingman colt hasn’t shown too much in his two runs so far but the market is worth watching for signs of anticipated progress. The same applies to the William Haggas trained Convict.

Middleham’s record-breaking trainer Mark Johnston is a master with stayers so the betting should also be a guide to the chances of well-bred debutante Rulers Kingdom, by French Derby winner Shamardal, who was trained by Johnston as a two-year-old.

However, the standard on form in a tricky contest is set by Mick Channon’s long-distance raider Bentley Wood, who put up a highly promising performance on his debut, running on well to be second of 14 at Carlisle.

Yet another eight-race card at Redcar gets underway at the early-bird time of 12.15 with the Best Flat Races Live On Racing TV Nursery. The answer could be Holloa, trained by Redcar’s 2018 champion trainer Tim Easterby and ridden by the reliable David Allan, who scored a hat-trick at this meeting last year. Holloa only just failed to get up after being well-backed at Thirsk last time.

Luke Morris, known as the most travelled jockey in the business, blazes a trail up to Redcar and he will be a warm order to win the William Hill Leading Racecourse Bookmaker Nursery on Inflamed. The colt, trained at Lambourn by Ed Walker, stayed on well to win on the all-weather at Kempton last time.

Brian Ellison’s Be Kool is the likely favourite for the Follow WillHillRacing On Twitter Selling Stakes having been third in higher grade races on his last two runs. However, the eight-year-old Thornaby Nash, trained by Jason Ward at Thirsk, is capable of a bold show. The gelding reserves some of his best runs for Redcar, having won there in August 2018 and being second of 14 in an amateur riders’ race in July. Last year’s winner Shamaheart, trained at Thirsk by Geoff Harker and again ridden by David Allan, is another who clearly likes Redcar, having won there three times in his career.

Lydiate Lady, trained at Preston by Eric Alston and ridden by Redcar’s 2018 champion jockey Jason Hart, makes a quick reappearance in the William Hill Betting TV Handicap after being narrowly beaten at Hamilton at the weekend. She can go one better this time.

Tim Easterby’s Shortbackandsides makes an even quicker reappearance after winning at Hamilton on Monday. He can again prove to be a cut above the handicapper with Rachel Richardson in the saddle for the Watch Race Replays At racingtv.com Handicap (Div 1).

The meeting comes to an end at 3.55pm with the Watch Race Replays At racingtv.com Handicap (Div 2). Cardaw Lily, trained by Ruth Carr and ridden by James Sullivan, was a good third to Buccaneers Vault at Thirsk last time and Paul Midgley’s grey went on to frank that form in good style at the last Redcar meeting.