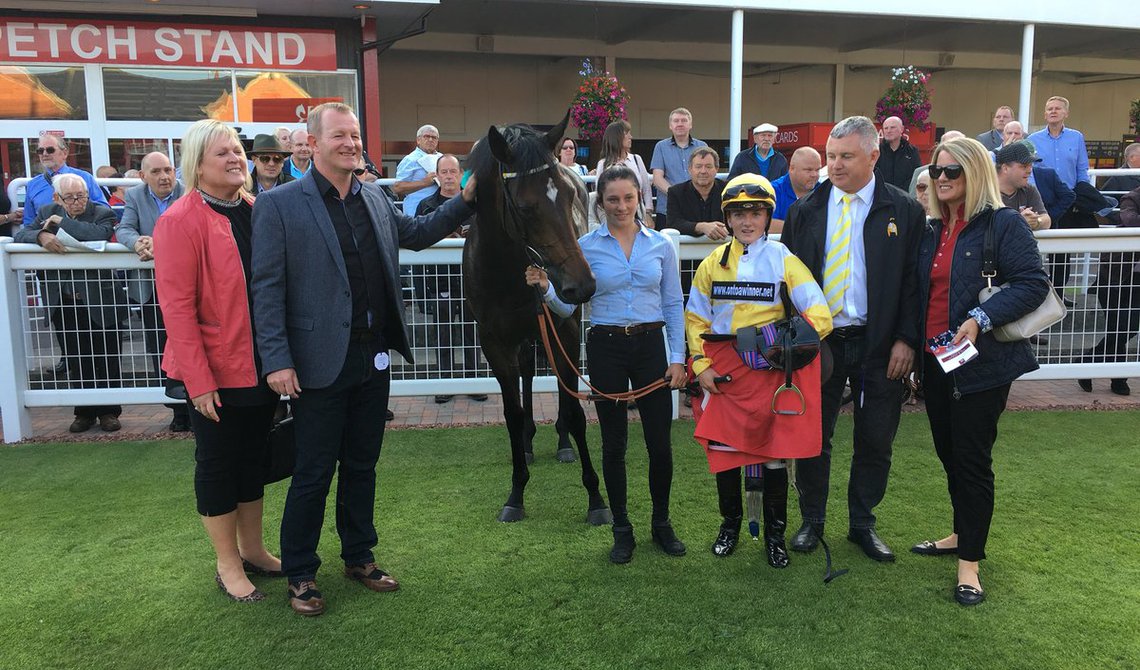 RACING sweethearts Hollie Doyle and Tom Marquand could both have hearts racing with winners at Redcar’s eight-race card on Wednesday.

Doyle, who has ridden more than 50 winners this season, rode a quick-fire double on Gin & Gents night at the seaside track in August and she could provide a tonic for punters again.

She has three booked rides and her best chance of success looks like being the Ed Walker-trained Legal History, who makes the long trip from Lambourn for the William Hill 2 Clear Handicap at 5.30pm. The gelding has been knocking on the door with seconds at Wolverhampton, Goodwood and Chelmsford City and this looks a good opportunity.

Marquand has solid claims on Richard Hannon’s Glorious Dane in the Racing UK’s Biggest Ever Flat Season Nursery. Hannon has a good strike rate at Redcar and Glorious Dane was an eye-catching second of 12 at Salisbury last time.

The ultra-competitive card gets underway at 2.20pm with the 20-runner Best Flat Races Live On Racing UK Nursery for two-year-olds. Sir Market Prescott’s horses are always to be feared when they head north and On Route looks a likely winner. A very promising runner-up when just failing to catch the winner at Lingfield last time, she looks primed to go one better in cheek-pieces for the first time.

Richard Fahey and Paul Hanagan are a powerful partnership and it’s hard to see beyond Withernsea in the William Hill Leading Racecourse Bookmaker Selling Stakes. Withernsea comfortably won a Beverley claimer two runs ago so should be well up to this grade. That said, Michael Dods' veteran Kiwi Bay would be a popular winner as he bids for an eighth victory at his favourite track and he's still capable of a good show despite now being 13.

Dods’ horses are in sparkling form as he closes in on the 50-winner mark for the season and it may be worth taking a chance with Fumbo Jumbo in the williamhill.com Handicap. The mare has been disappointing lately but she’s capable of good performances, such as her second at Ayr in June, and could make the shake-up at a decent price.

The card comes to a climax at 6pm with the Watch race Replays At racinguk.com Handicap and Royston Ffrench would be a popular winner. Ffrench, who had seven months off after a fall in January left him in a wheelchair, scored his first win since the injury on board Tracey Waggott’s Raselasad at Catterick in August. The Spennymoor handler supplies his only mount of the day in Hadley, who was a good second of 13 at Thirsk last time and is on an attractive mark.