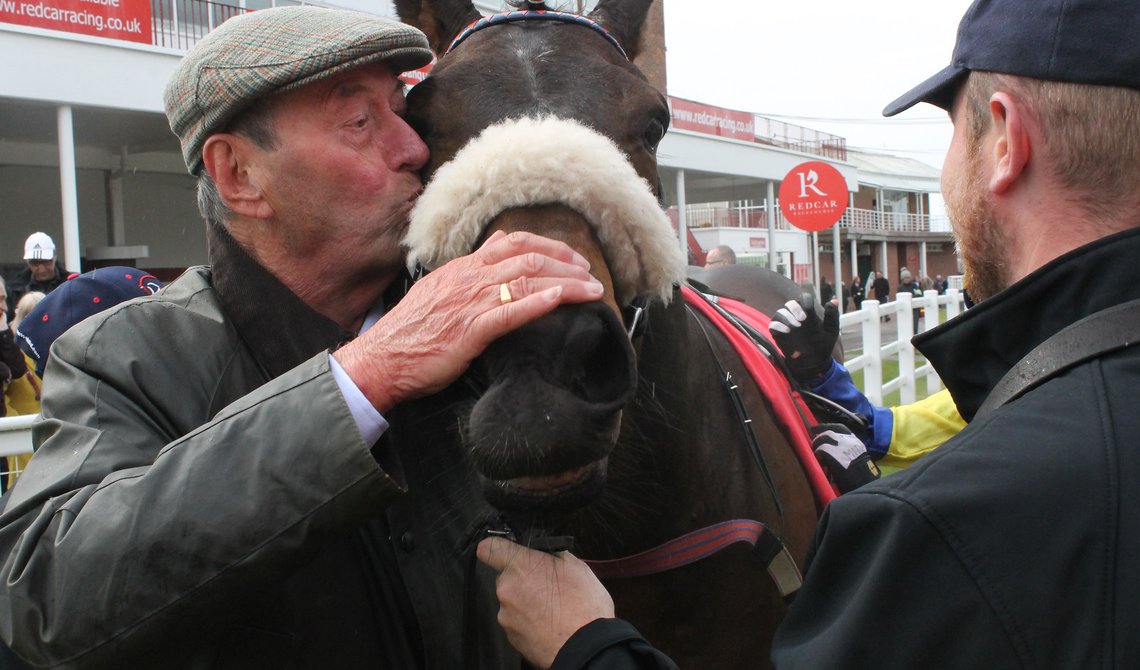 With the lockdown continuing, we like to bring you flashbacks to last season, so here's a reminder of some happy memories from this day in 2019...

ONE of the happiest pictures of the season emerged as grandad Roger Saunders gave his horse Dancin' Boy a big kiss in the Redcar winner's enclosure.

His three-year-old gelding, trained by Michael Dods, gave Roger his first winner, and it's seeing this kind of unbridled joy that makes our sport so much fun.

Roger, from Heighington, only bought a racehorse because his golf handicap had gone to pot, and Dancin' Boy did the business in the Every Race Live On Racing TV Handicap Stakes under a strong ride from Andrew Mullen.

Roger, a member of Barnard Castle Golf Club for 45 years, said: "I knew nothing about racing but winning a race is like sinking a putt in the open. It’s definitely better than anything I’ve ever done on a golf course."

It was also a memorable day for Hollie Doyle who rode a double for Lambourn trainer Archie Watson, starting with debutante Gold Venture in the opening Racing TV Club Day Here Today Selling Stakes, and following up with odds-on shot Clayton, below, in the Watch Racing TV In Stunning HD Claiming Stakes. 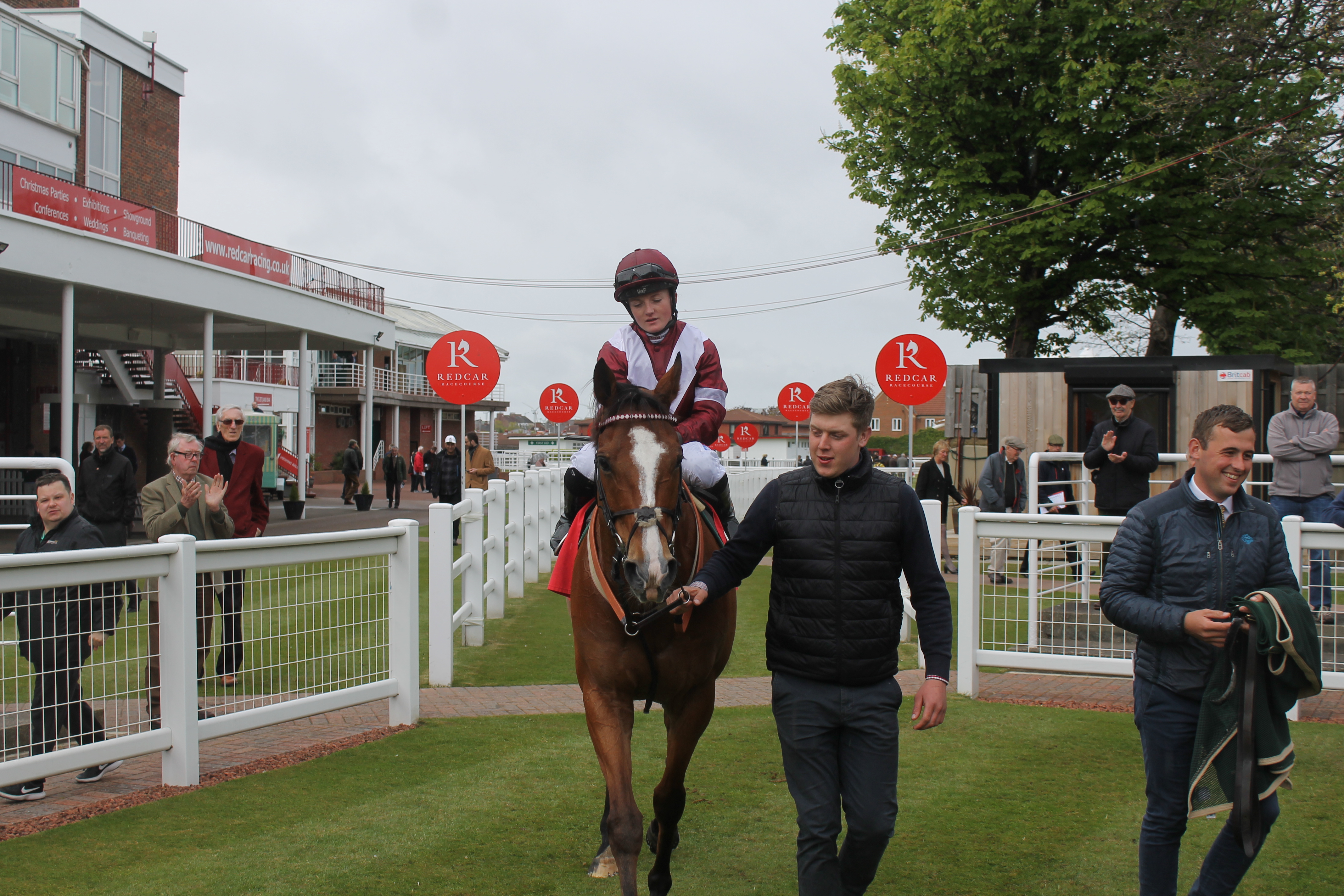 Meanwhile, Hambleton trainer Bryan Smart described Mina Velour as “a filly with a future” after she won the Follow @racingtv On Twitter Fillies' Novice Stakes under Graham Lee. 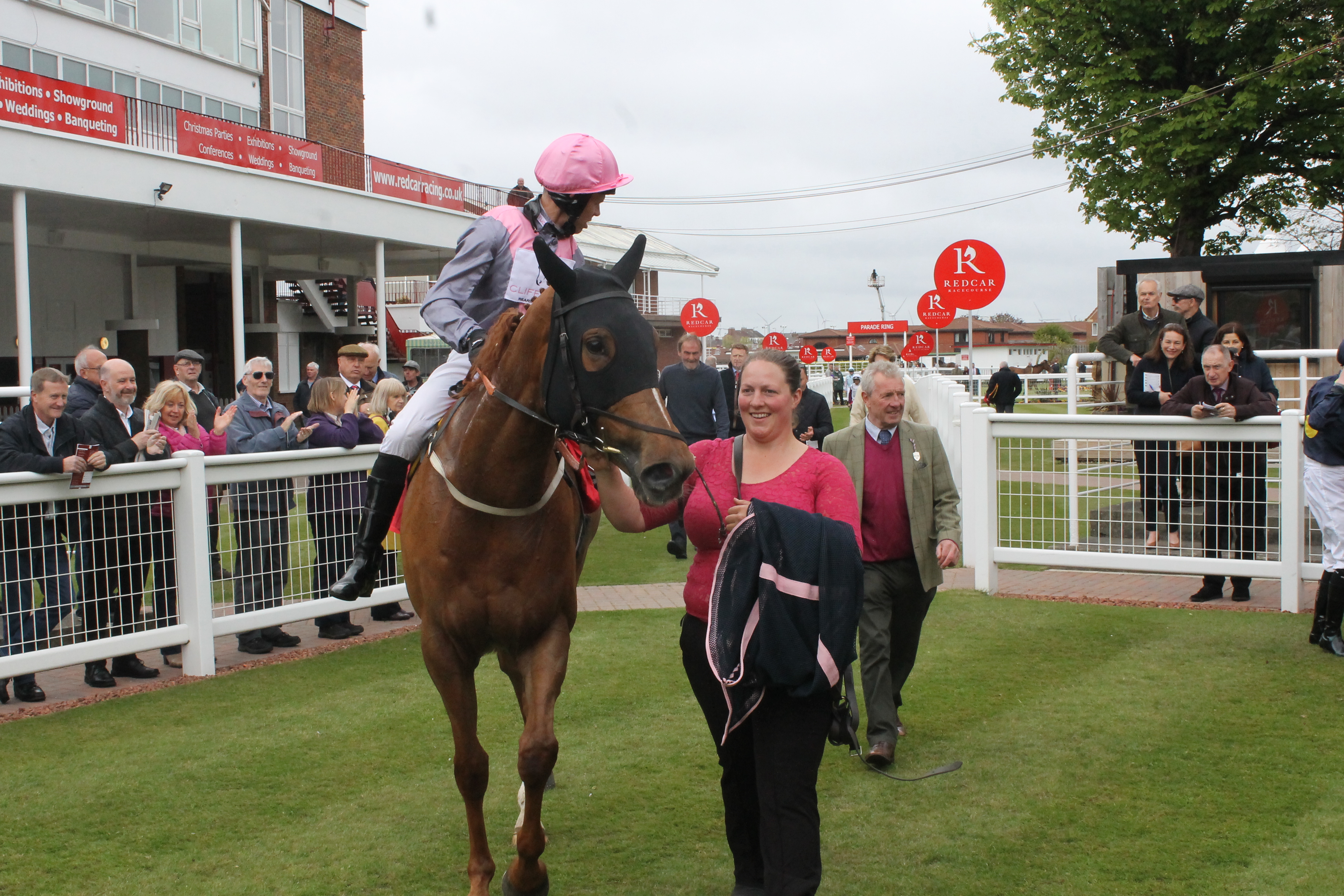 Gentle Look, owned by Godolphin, trained at Newmarket by Saeed bin Suroor, and ridden by Pat Cosgrave, impressed with an all-the-way victory in the Racing TV Profits Returned To Racing Handicap Stakes. The chestnut gelding followed up at Doncaster a fortnight later. 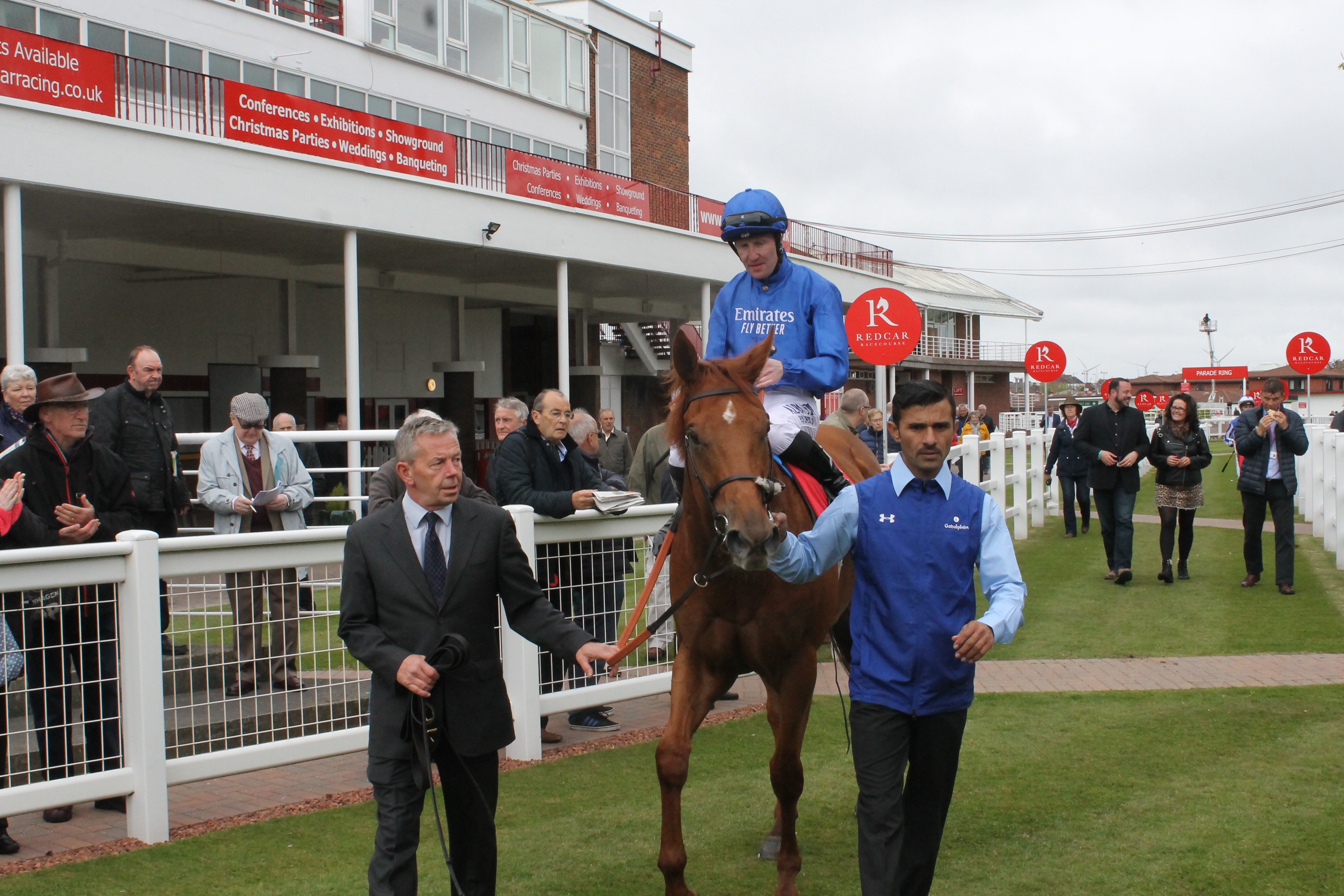 Cristal Breeze, trained by William Haggas, and ridden by Paul Hanagan, took the Watch Irish Racing On Racing TV Novice Median Auction Stakes, and won again at Wolverhampton on the last day of the month. 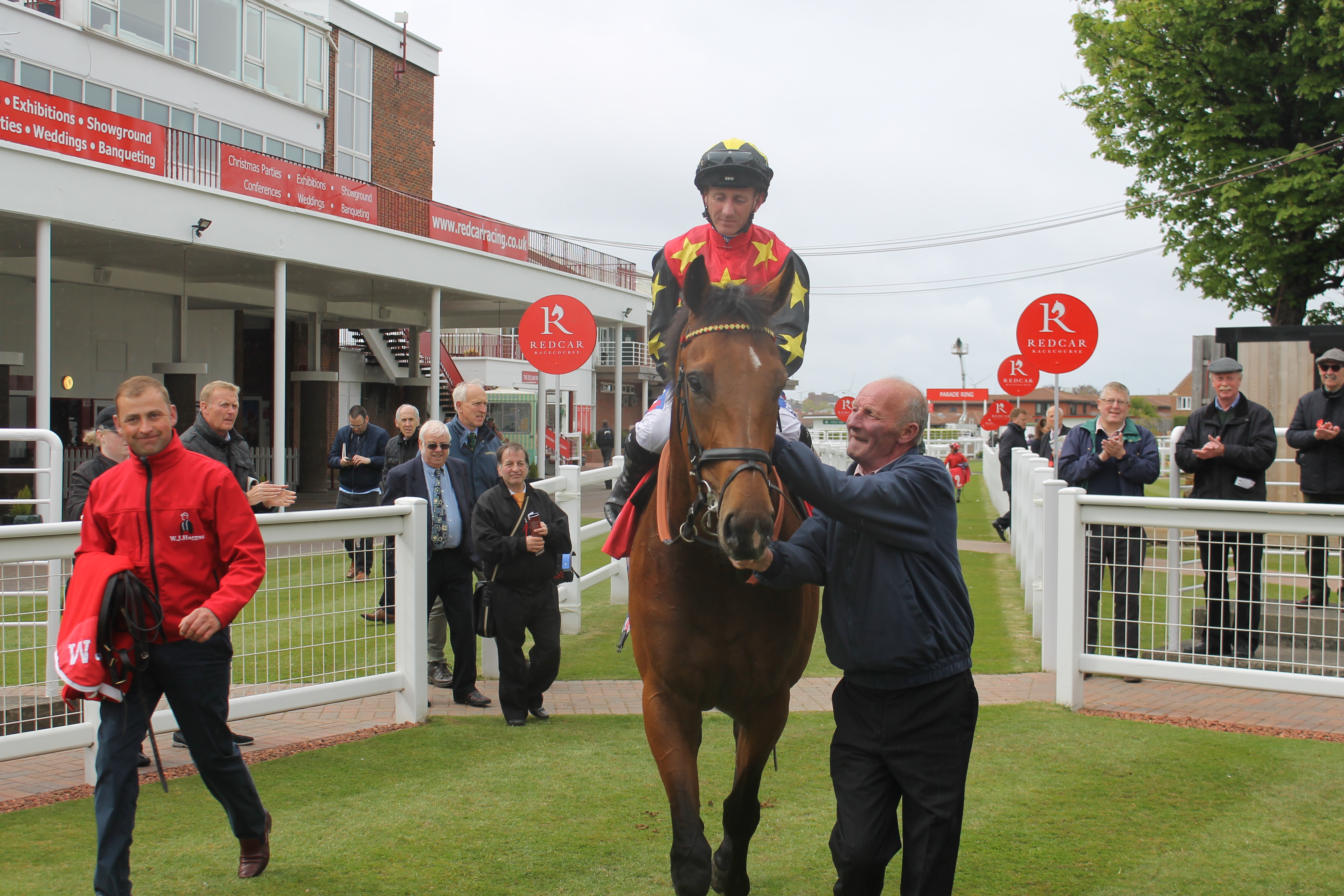 Kodi Dream had been a good second at Redcar in April and went one better for North Yorkshire trainer Roger Fell and five-pound claimer Ben Sanderson in the final race, the Go Racing At Thirsk This Saturday Handicap Stakes. 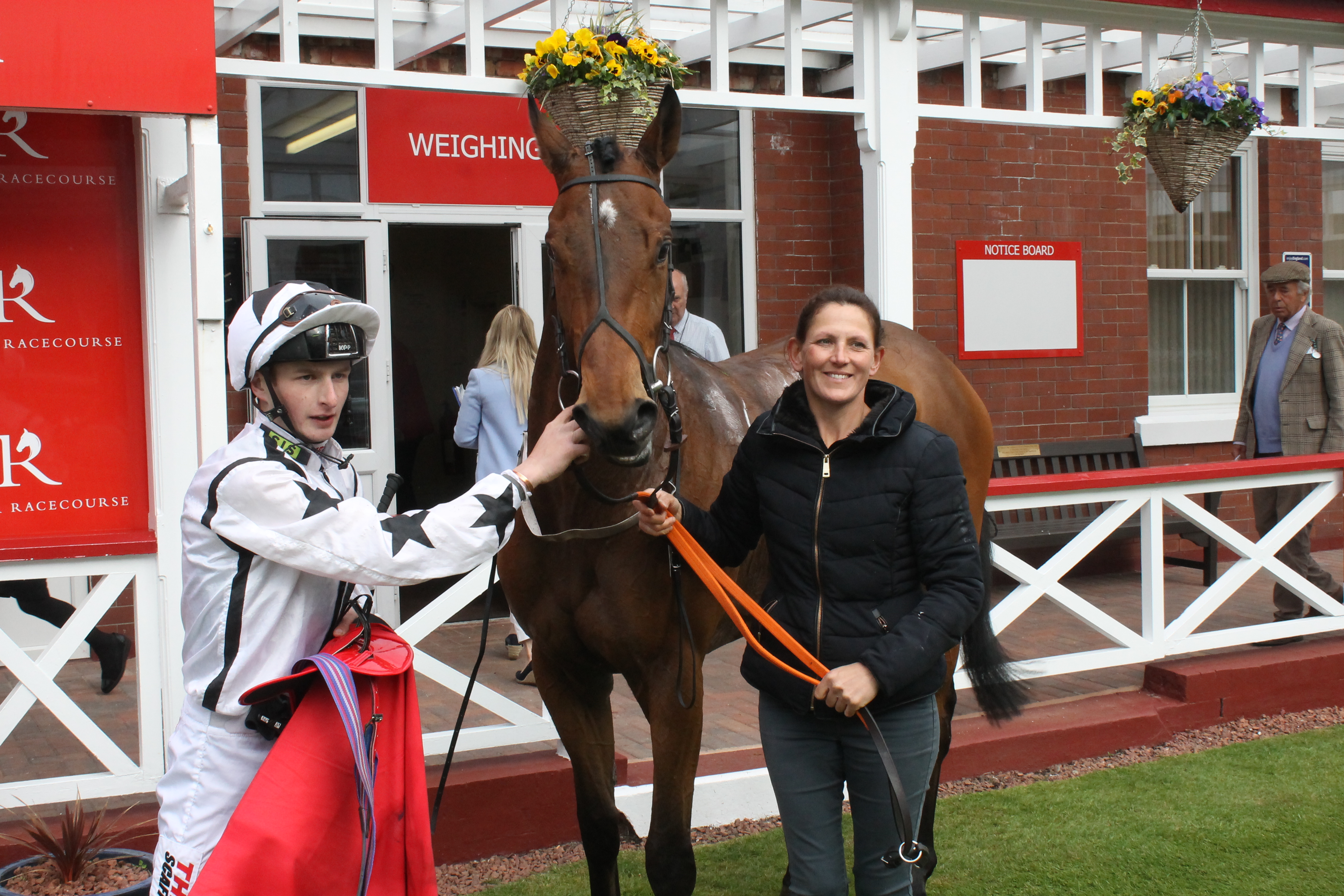