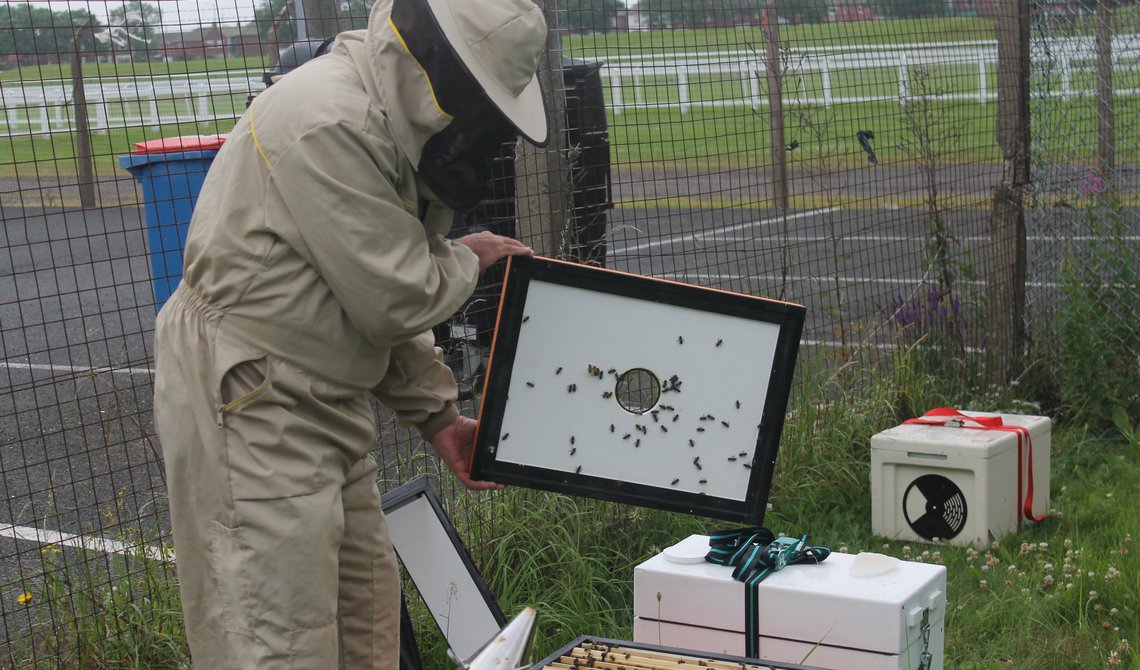 THE North-East is creating a real buzz in sporting circles by staking a claim to have the UK’s most bee-friendly racecourse.

Redcar Racecourse is backing the environment by becoming home to eight beehives and hopes to get onto a winner with its own brand of honey.

The hives were established by passionate beekeeper Dave Metcalfe, whose business relationship with the seaside racecourse has blossomed over 20 years.

Father-of-three Dave, 64, owned Wilton Signs, which had a contract to produce the signs around the racecourse.

After selling the business, Dave approached the racecourse with a plan to turn a plot of land behind the stands into a bee-friendly corner.

To his surprise, Redcar’s management gave him an enthusiastic thumbs up and the hives were moved onto the racecourse site six weeks ago.

“I think it’s great that a racecourse like Redcar had the foresight to say ‘yes’ and it’s gone really well so far,” said Dave, who was speaking during Bees’ Needs Week. “They had the spare land and I wanted somewhere to develop my hobby, so it made sense.”

The plan now is to have up to 15 hives, grow a wildflower meadow, and increase honey production.

There are approximately 170,000 bees on the site and Dave expects them to produce around 60 jars of honey this year. Initial sales will be to friends but, as the operation grows, Dave plans to target farmers’ markets with profits being used to make the business self-sustainable.

Amy Fair, Redcar’s general manager, said: “We have gorgeous gardens and lots of pollinating plants, so we were delighted when Dave came along with the idea because it fits perfectly with our aim to be as environmentally-friendly as possible. Bees are fundamental to the ecology and we want to play our part in protecting them.”

“I’m fascinated by the way bees communicate and work together,” he said. “They are one of the most important pollinators, but they are under threat because of modern farming practices and climate change. If we lose pollinators, we lose food production and that threatens the biggest race of all – the human race.”

To celebrate Bees’ Needs Week, which runs until July 14, we’ve come up with our own line-up of racehorses with connections to bees. We’d love to hear of other suggestions.