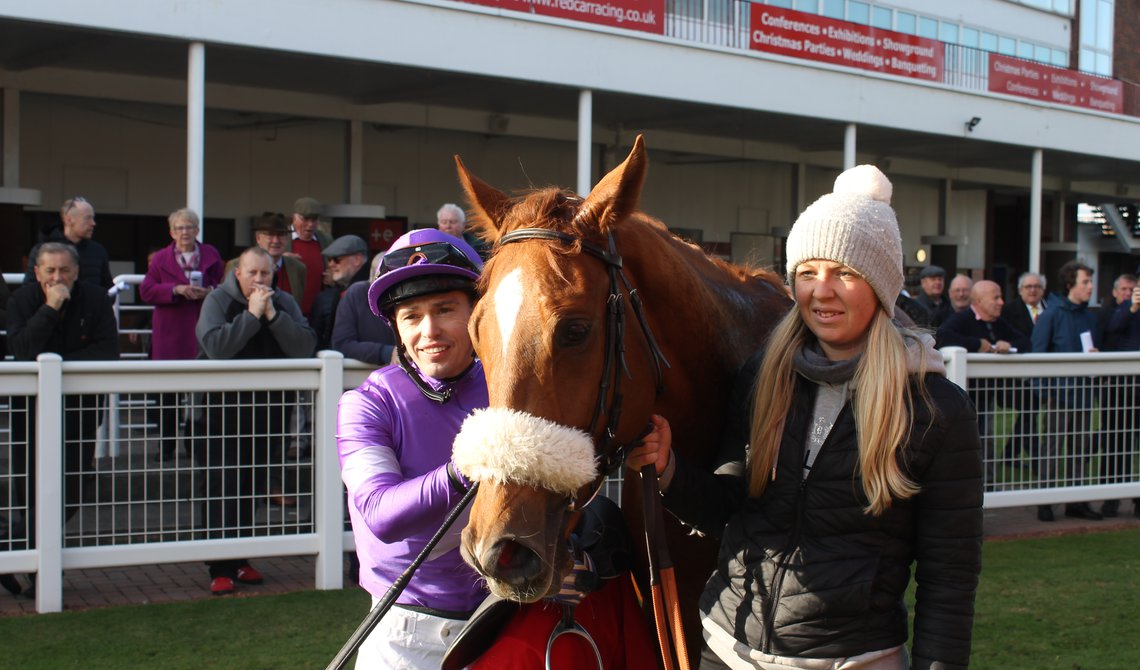 In 2018, Hasanoanda gave Haslam his 100th winner and, at the same meeting three years on, Sassoon made it 200 in today’s Royal British Legion Poppy Appeal Selling Stakes.

Haslam was just 25 when he took over the reins of Castle Hill Stables from his father, Patrick, in 2010.

The double century never looked in doubt as Sassoon proved a cut above the rest under Andrew Mullen, coming home clear of favourite King of Tonga, trained by David O’Meara.

Lambourn trainer Brian O’Rourke couldn’t believe the magnificent odds of Magnificence (pictured below) as the Kingman filly comfortably won the Racing TV Free For A Month Handicap at 125-1. 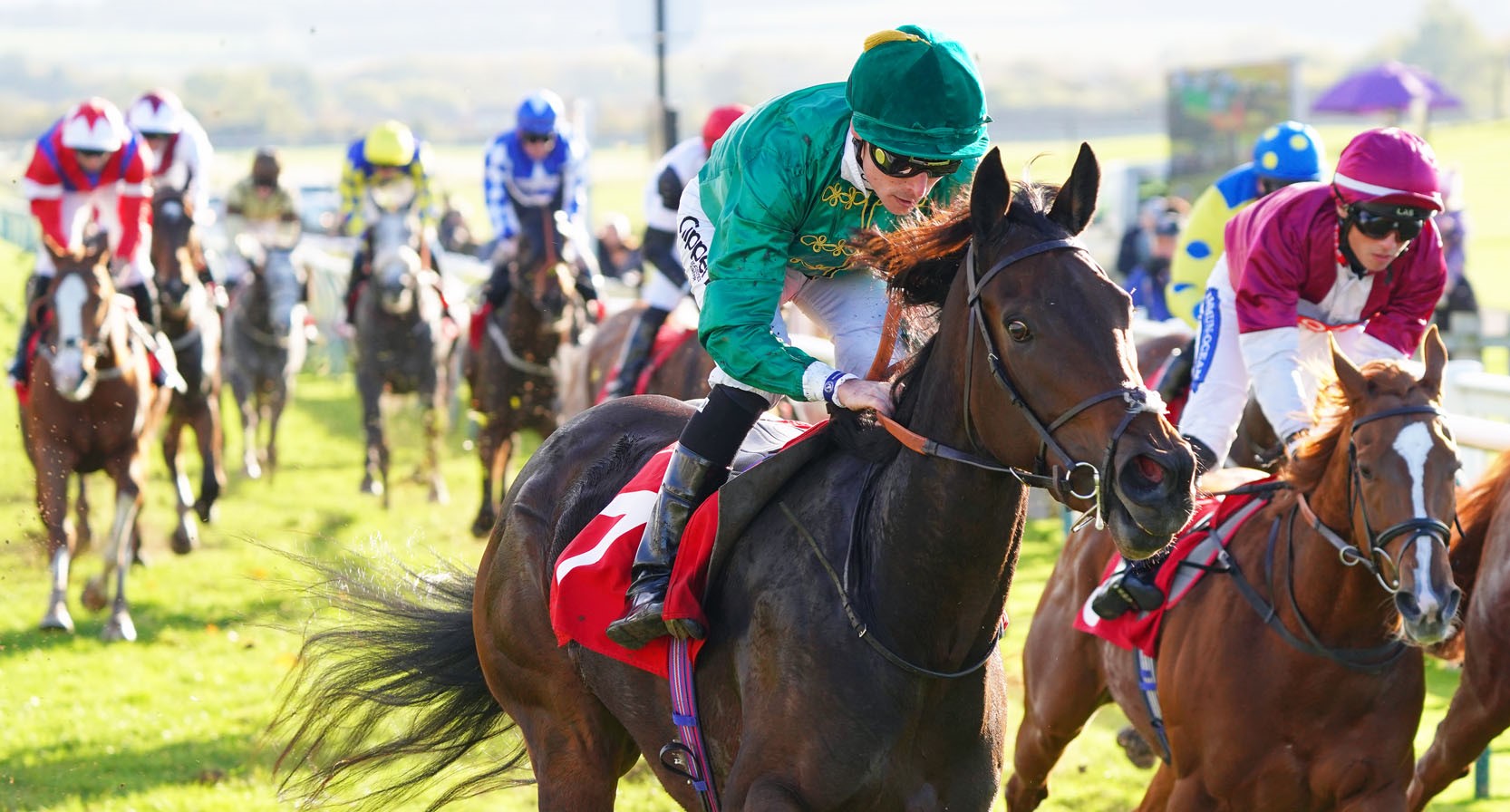 "I thought she was my best chance of a winner," said O’Rourke who had never had runners at Redcar before today, and trains Magnificence for Prince Sultan B in Abdullah Bin Abdulaziz Al Saud, of SBA Racing.

“She’s taken time to mature and didn’t race as a two-year-old but Prince Sultan is a very patient man. We put her away in a paddock and she’s thrived.

“I’ve had a listed race in mind for a while at Fontainebleau, in France, at the end of November. She loves this soft ground and she should get it over there, so that’s the plan.”

Magnificence was the second leg of a double for jockey Kieran Shoemark, who had earlier continued his dream run at Redcar for another Lambourn trainer, Charlie Hills.

The combination had three winners from three runners at Redcar in October, and Dream Show (pictured below) made it four in a row in division two of the racingtv.com/freemonth British Stallions Studs EBF Novice Stakes. 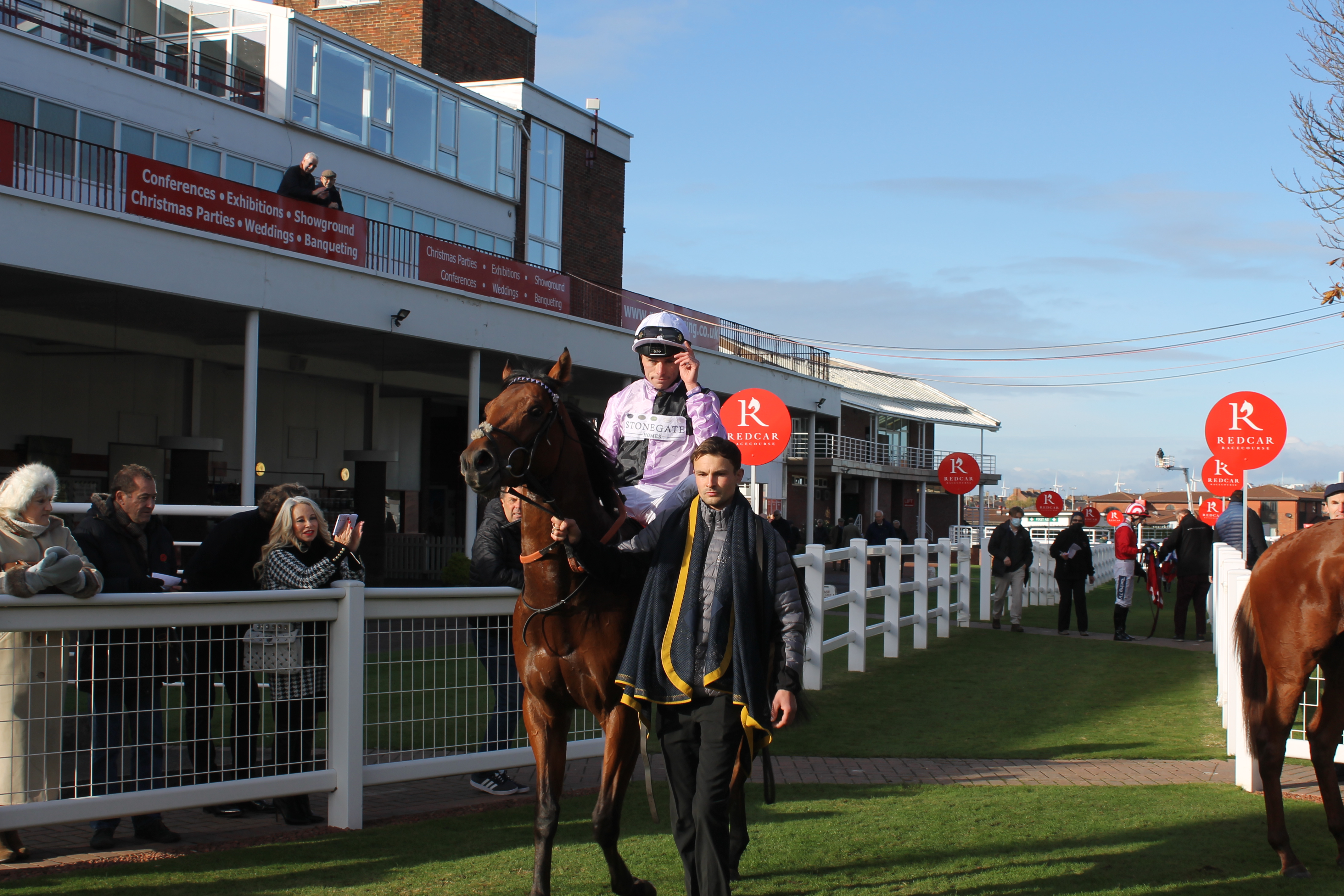 The final Redcar fixture of the season – Poppy Appeal Day – got off to a good start for favourite-backers when Barneys Gift, trained near Richmond by Philip Kirby, and enterprisingly ridden by Billy Garritty, dug in well to land the racingtv.com/freemonth British Stallion Studs EBF Novice Stakes (see below). 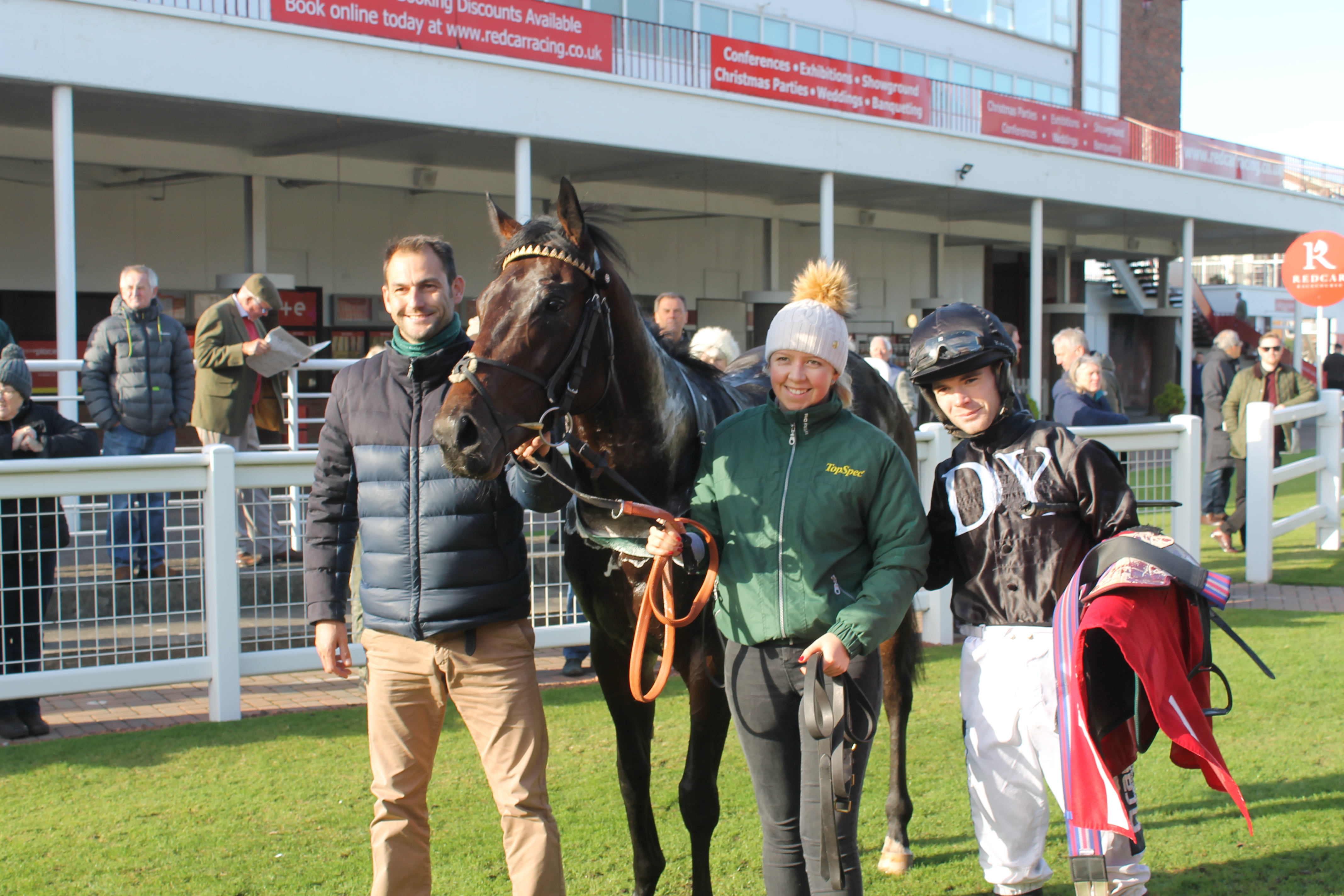 The trainer said: "He's done everything right and he'll make a lovely three-year-old. He's got a great attitude and will probably stay further so he's one to look forward to."

Dubai Souq, pictured below in the Godolphin blue, relished the soft ground with a commanding victory for trainer Saeed bin Suroor and jockey Stefano Cherchi in the Try Racing TV For Free Now Handicap.

Travelling head lad, Steven Young, said: “That’s the first time he’s had his ground since he won at Nottingham as a two-year-old. He really appreciates getting his toe in and he did what we expected.”

Edward Cassie has a business in Scotland selling garden sheds and he's had shed-loads of fun since buying a 50 per cent share in All Things Bright on a year-long lease six weeks ago.

The filly, trained in Cumbria by Tristan Davidson, won a seller at Redcar last week and followed up under Jason Hart in the Watch Racing TV With Free Trial Now Claiming Stakes, (see below). 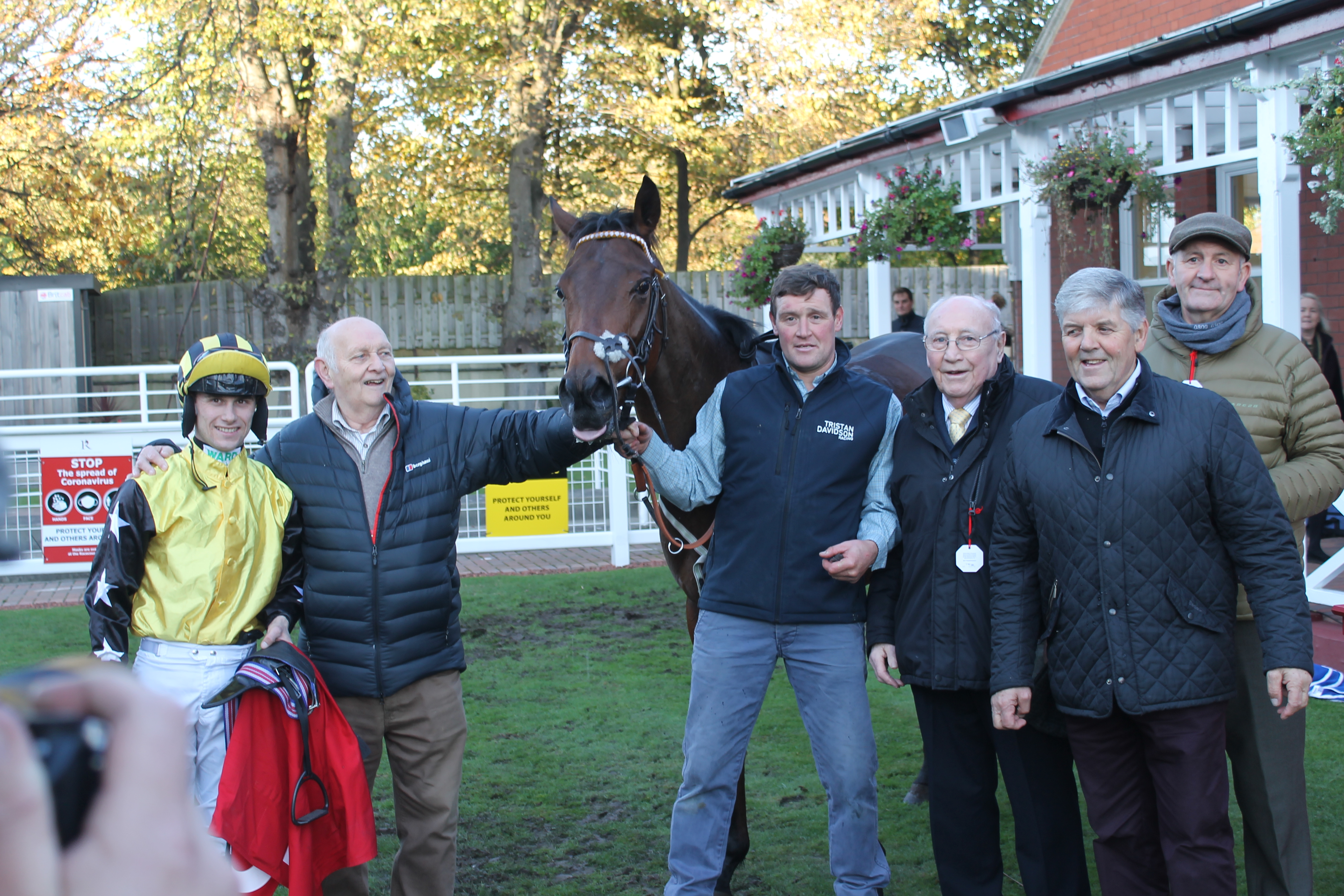 Edward said: “She’s already done us proud and I thought she was nailed on today.” 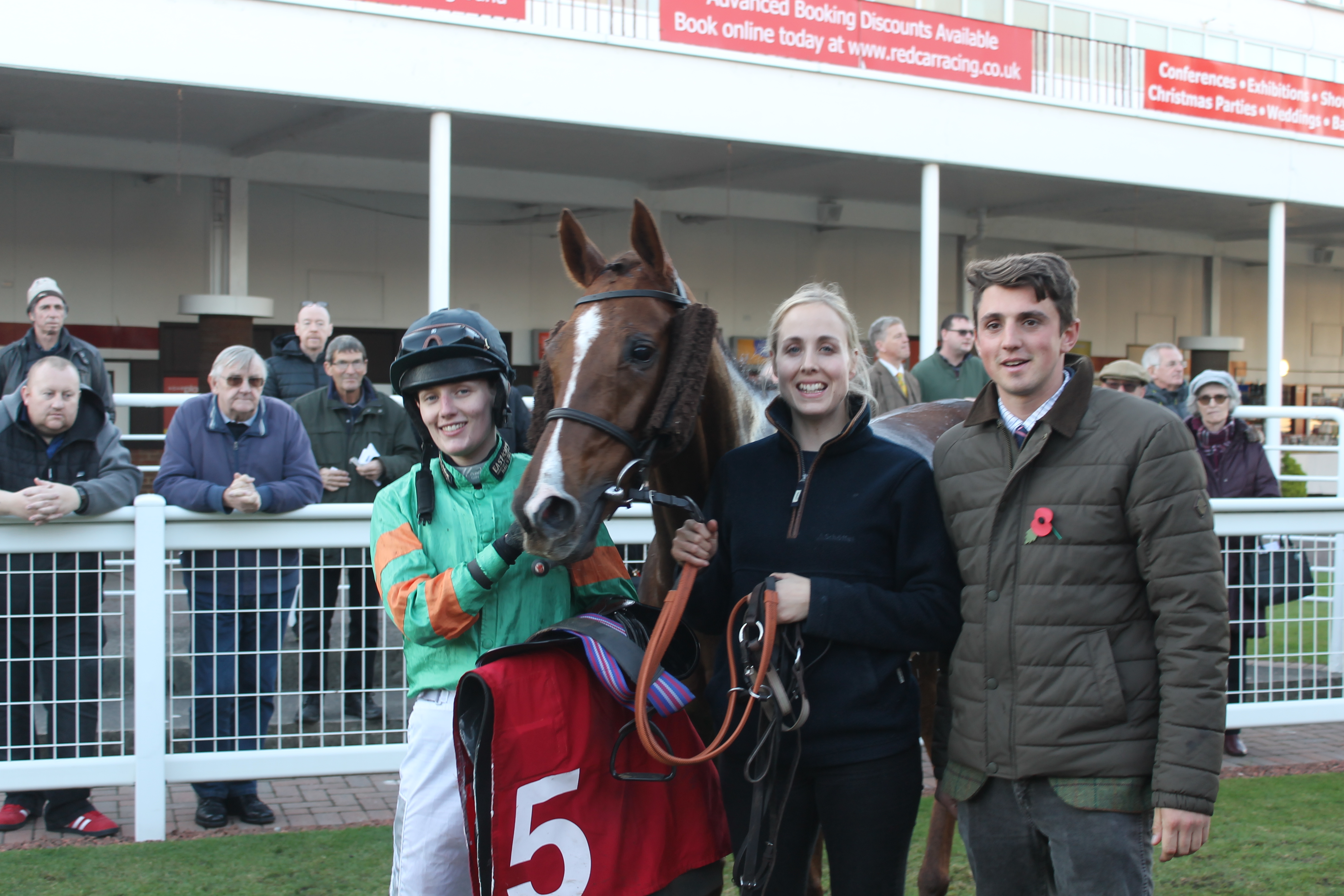 Assistant trainer William Easterby said: “He’s a bit of a star. We bred him ourselves and he’s been with us all the way through. He loves that soft ground and he’s been a lot of fun.

“He’s won over hurdles before but was given a high handicap mark so it made sense to stick to the flat and that will probably be it for the season.

“Ella’s done really well, riding lots of winners for us, and her 5lbs claim will be valuable for us next season.”

The 2021 Redcar finale, The Thanks And See You Next Season Handicap, was won in convincing style by Vocatus, trained by Mick Appleby and ridden by Tom Marquand (see below). 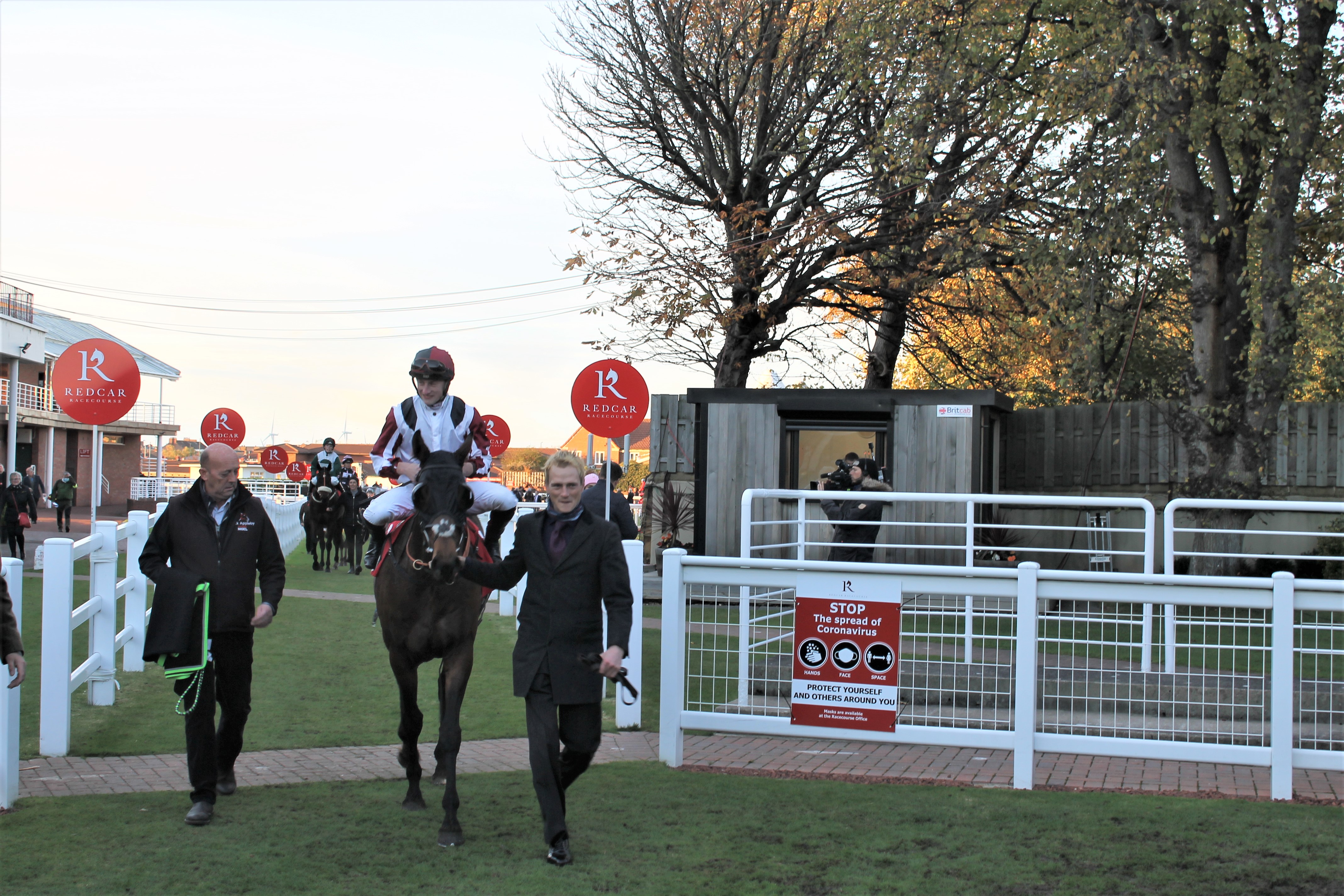