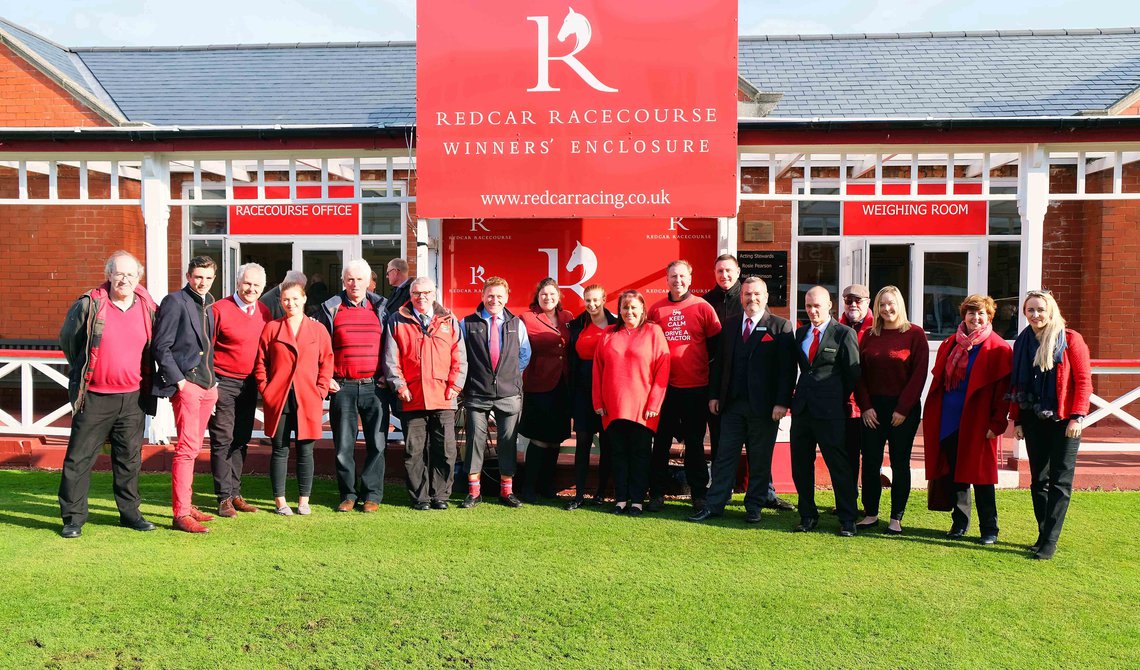 RACEGOERS are being urged to wear red to show their support for an anti-racism movement.

Redcar Racecourse will again show racism the Red Card at its meeting this Friday (October 18).

The fifth annual Wear Red Day takes place on that day, with schools, businesses and individuals being asked to wear red and donate £1 to help fund anti-racism education.

Redcar is showing its support by encouraging racegoers and staff to wear a splash of red for the day, with a commemorative photograph being taken in the winner’s enclosure after the first race.

Further support will be shown by the first race being named The Redcar Shows Racism The Red Card Claiming Stakes.

General manager Amy Fair said: “Wear Red Day is such an important initiative and it’s fitting that Redcar Races again plays its part and puts on a show of support. We look forward to a sea of red.”