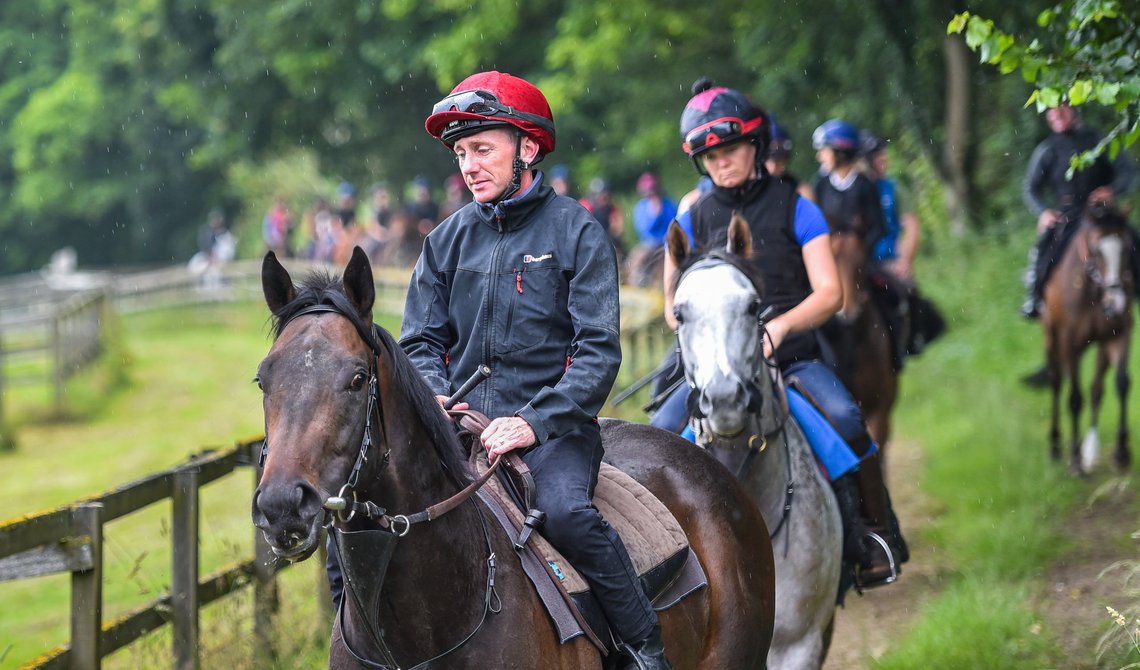 THE Go Racing In Yorkshire Summer Festival 2021 was launched at Richard Fahey’s stables today with ten meetings over nine days starting this Saturday.

The festival couldn’t go ahead last season due to the pandemic but is back for 2021 and the prolific trainer paraded some of his stars to promote the launch at his Musley Bank stables at Malton.

The two-year-old son of Ardad was third on his debut at Newcastle before winning at Hamilton en route to Ascot, where Hanagan talked emotionally about his battle back to fitness after fracturing his back in three places following a fall at Newcastle in February 2020.

Perfect Power, pictured below, holds an entry in the Group 2 Al Basti Equiworld Dubai Gimcrack Stakes at the York Ebor Festival on August 20, but the trainer revealed he was likely to be supplemented for the Group 1 Phoenix Stakes at The Curragh on August 8. 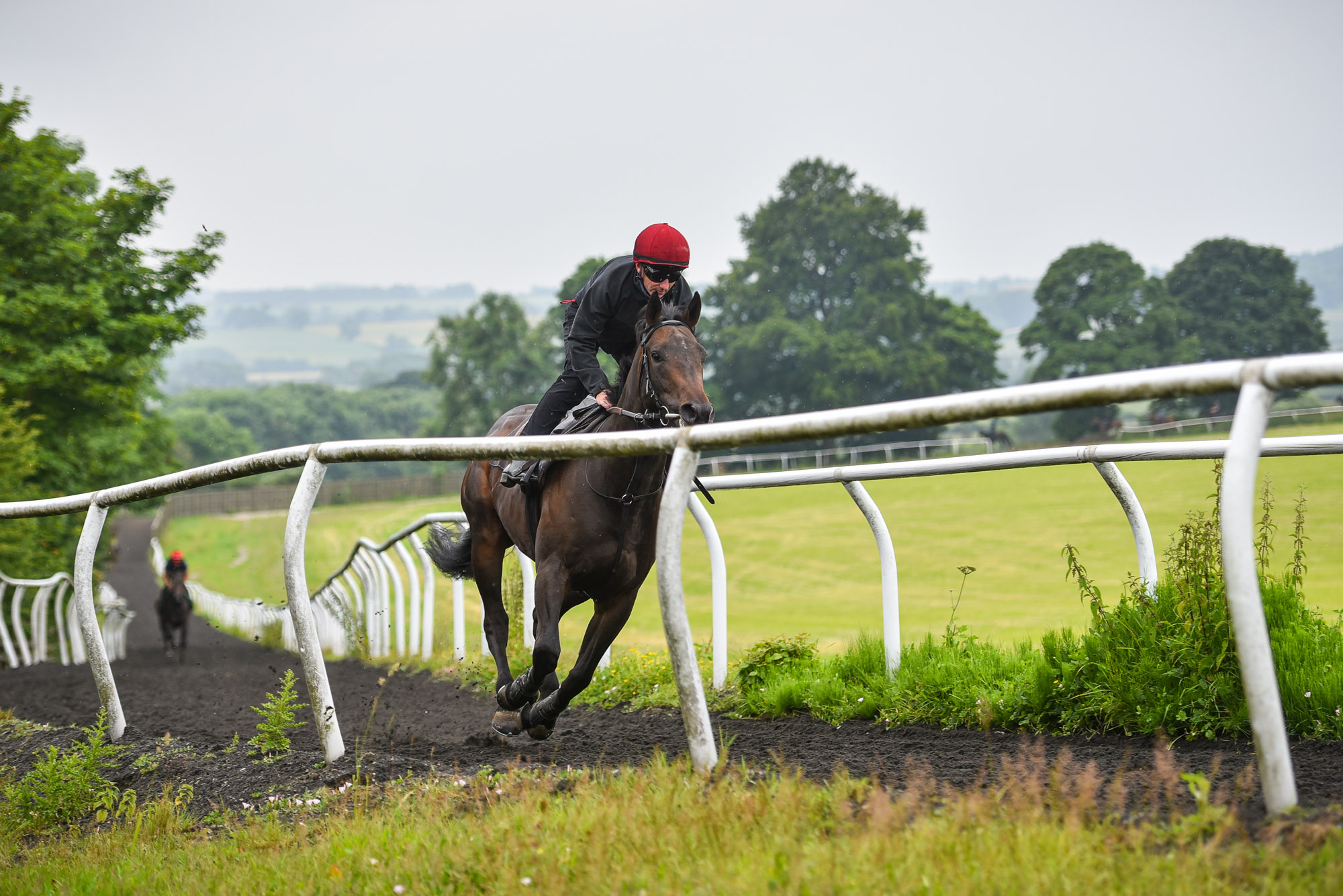 “He’s a powerful, strong two-year-old, and we’d be happy stepping him up to six furlongs. He’s very forward and we like him,” said Fahey.

Hanagan added: “He’s come out of the Ascot race really well and he’s such a laid-back horse who’s going to improve, so there’s a lot to look forward to.”

The summer festival gets underway at Ripon this Saturday, followed by an evening meeting at Doncaster, then Redcar on Sunday. It concludes at Pontefract on Sunday, July 25th.

Hanagan said: “The summer festival is a great initiative for Yorkshire because we’re lucky to have so many great tracks within such close proximity to each other, and it’s a great way to promote the Go Racing In Yorkshire brand.

“In terms of Redcar, it speaks volumes that so many southern trainers are prepared to send their horses to Redcar so frequently. That’s because it’s a very fair track and the ground staff do a magnificent job with the ground, improving it year on year.”

Charlotte Russell, general manager of Go Racing In Yorkshire, said: “We really missed not having a festival last year, and the racecourses, along with our loyal sponsor, Sky Bet, were determined that it would take place in some form this year. It has been refreshing to be able to make plans again and exciting that the majority of the week will take place without crowd restrictions.”

Sky Bet will sponsor the leading jockey competition, with Goldsborough Hall sponsoring the race to be leading trainer. There will also be a new best turned out contest for stables with runners during the festival. The yard with the most awards will receive a prize of £1,000 to be shared amongst staff.

Go Racing In Yorkshire has worked with the Yorkshire Film Archive to allow racegoers to see historical footage of racing in the White Rose County on big screens, along with original audio. Spectators will also be welcomed into the courses with Yorkshire themed music.

The popular “Paddock and Chips” jockeys’ football skills competition will also return an hour before the first race at each meeting.