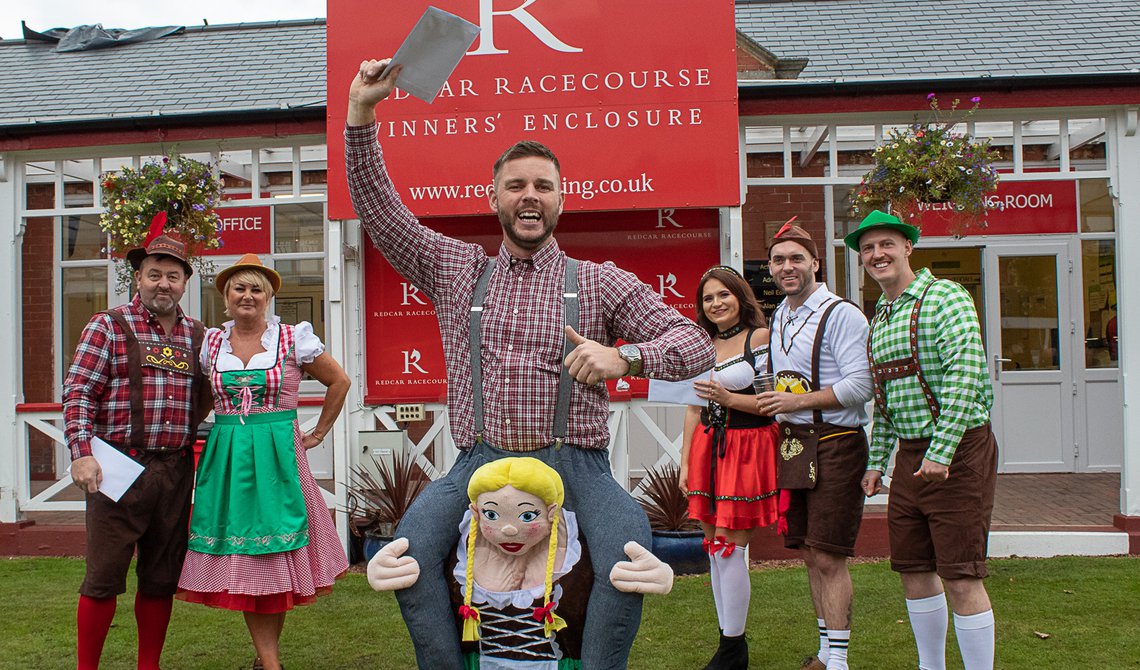 TODAY (November 5) should have been the finale of our 2019 season but one thing we can’t control is the British weather.

So, let’s concentrate on the positives and it’s been another season to remember at Redcar – voted the best small racecourse in Scotland and the North of England by the Racegoers Club.

Danny Tudhope was our champion jockey for 2019 with eight winners. Richard Fahey and Tim Easterby were tied in the race to be top trainer with nine wins each. However, Tim Easterby has retained the title with more placed horses.

Congratulations also to Sarah Jones, from the Roger Fell stable, who was the runaway winner of our Best Turned-Out Series, supported by Millbry Hill. 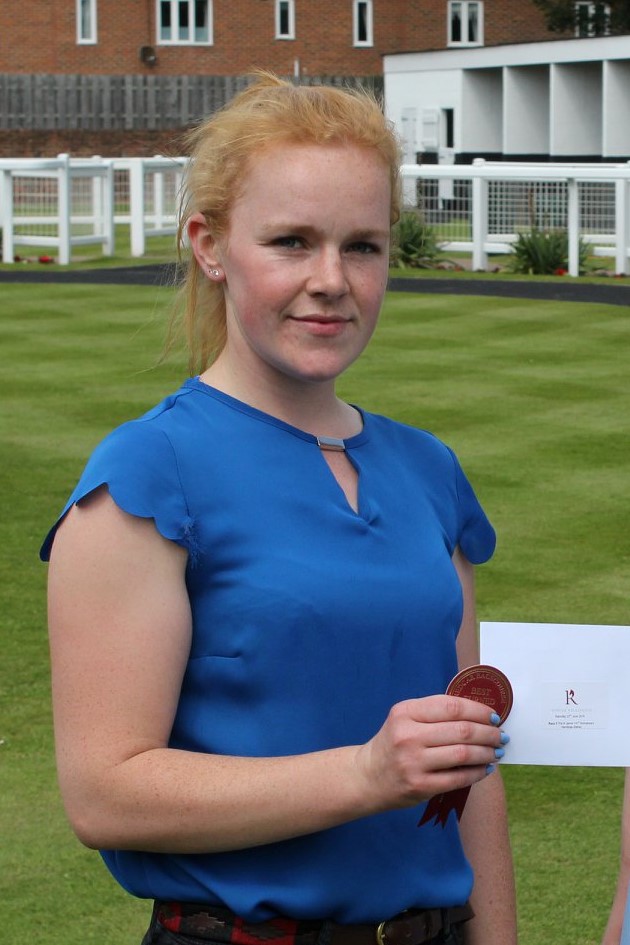 Here’s a meeting-by-meeting review of the season: 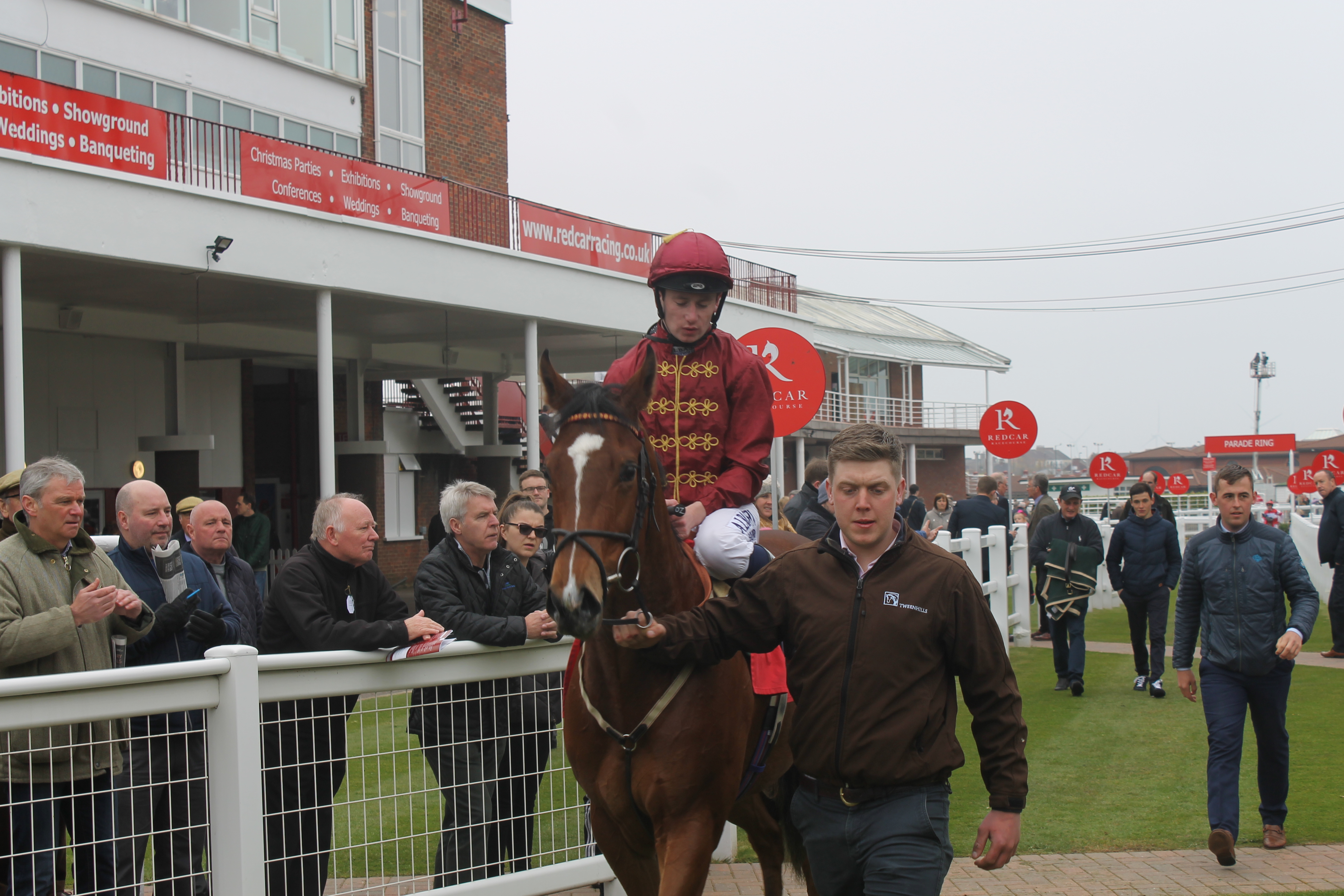 The season began with Exclusively winning on his debut for trainer Archie Watson in the Flat Is Back At Redcar Fillies' Novice Stakes under a confident ride by Oisin Murphy, who was to go on to be the country’s champion jockey.

Give It Some Teddy – described by trainer Tim Easterby as “a little gem of a horse” – showed great tenacity to win the Tommy Sanderson Is 9 Today Handicap and there was a lot more to come from the gelding later in Redcar’s season. 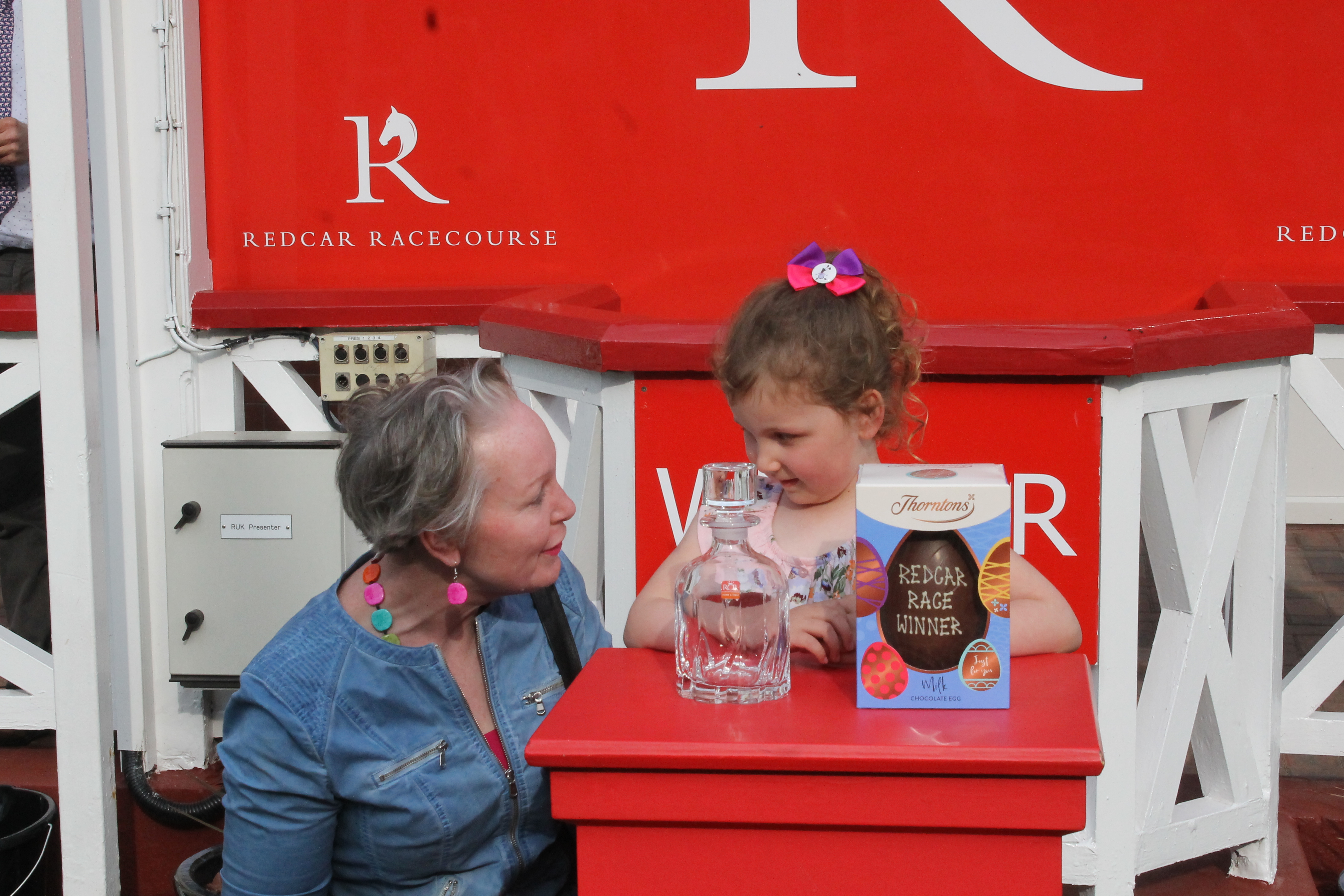 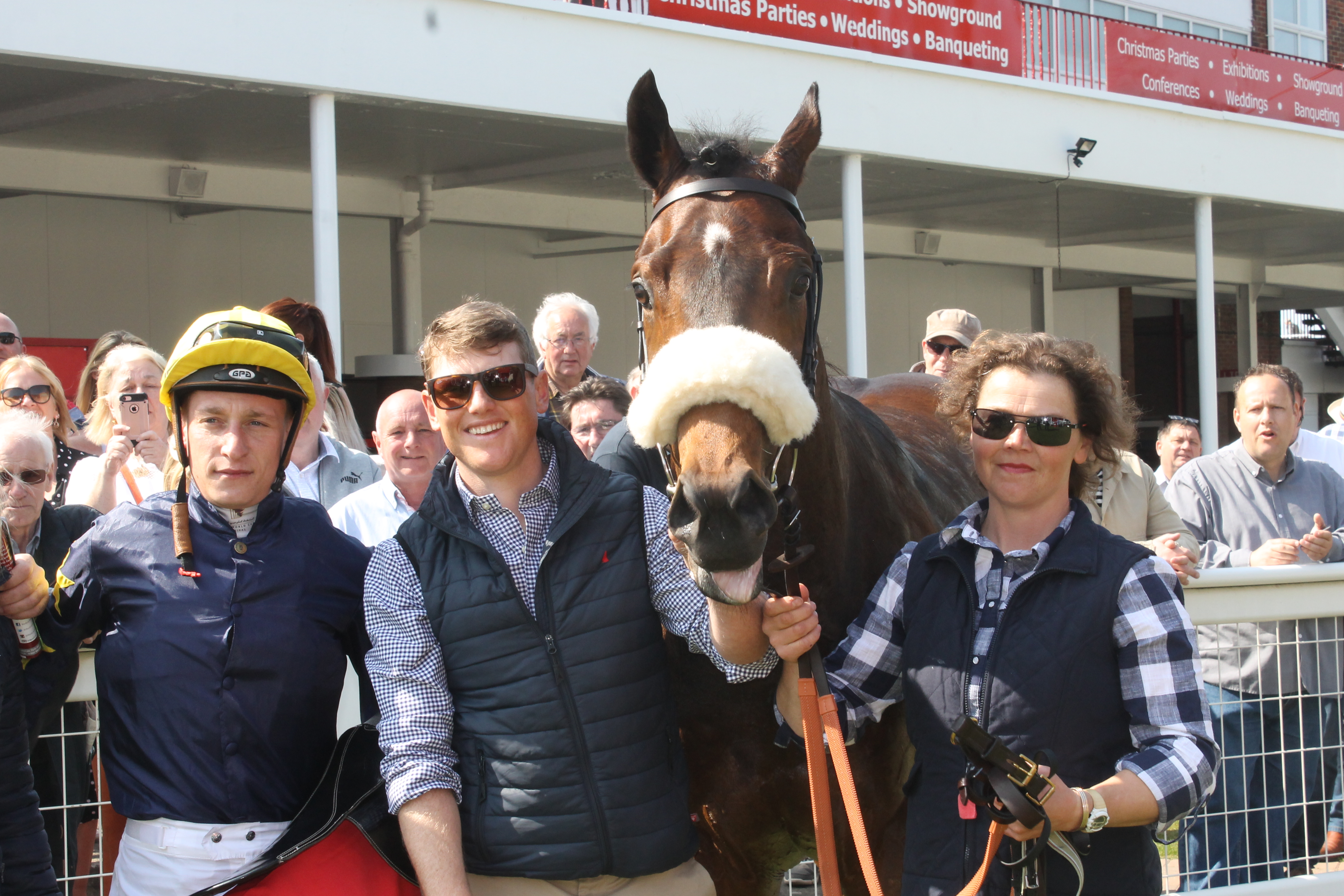 Five-year-old Grace Chapman, from Hartlepool, won the annual competition to design the cover of the racecard for the Easter Monday meeting. Well done Grace!

On the track, the headlines were claimed by former jockey Phillip Makin who trained his first winner on the same track where a fall had ended his career as a jockey.

Galloway Hills got Makin’s training career off the mark in fine style in the Remembering Susan Rushby Handicap with Sam James in the saddle. 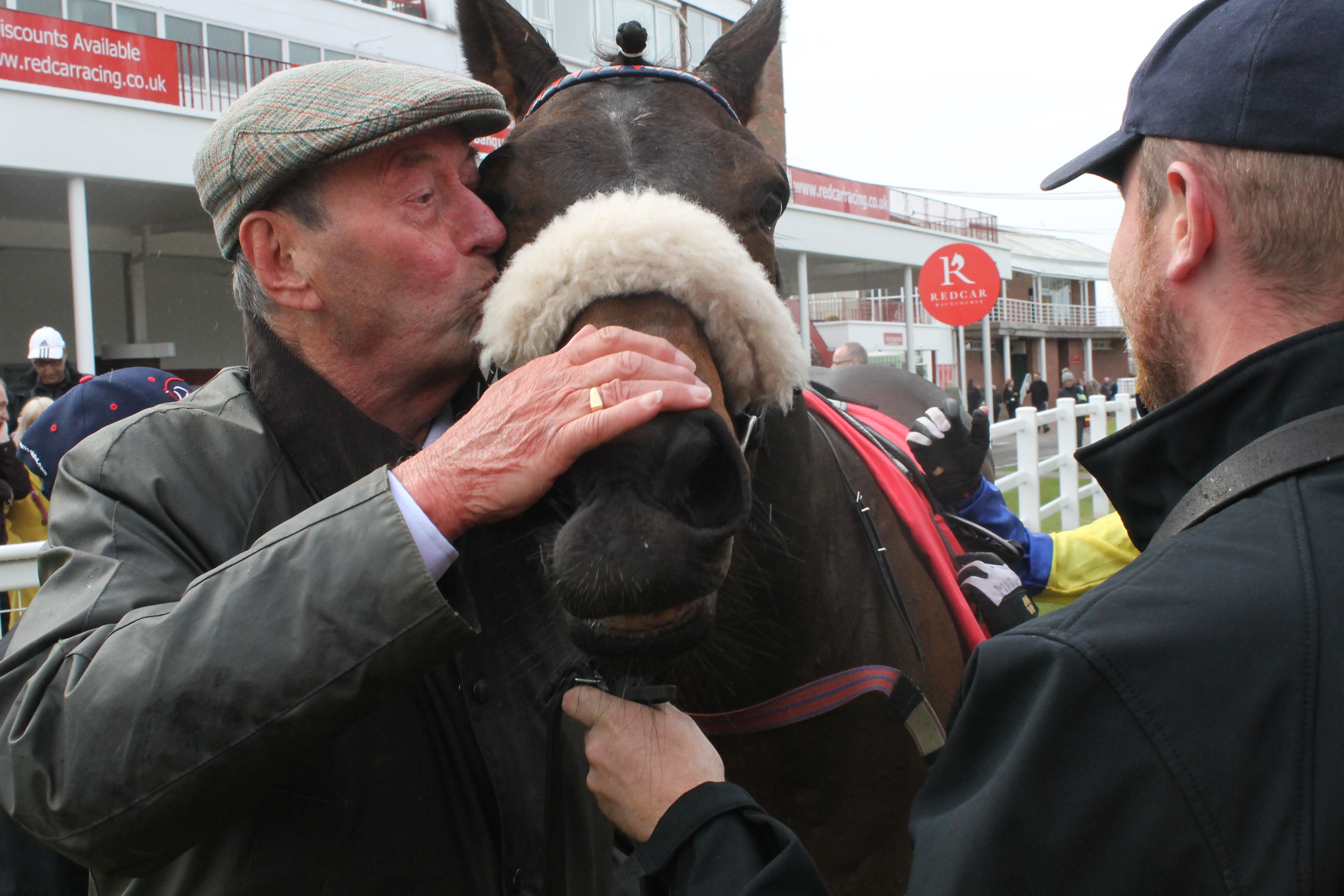 One of the pictures of the year as Roger Saunders, from Heighington, gave Dancin’ Boy a well-deserved kiss as the 77-year-old grandad celebrated his first ever winner in the Every Race Live On Racing TV Handicap Stakes.

Roger explained that he’d only bought the horse – trained by Michael Dods – because his form on the golf course had dipped and he needed a new hobby! 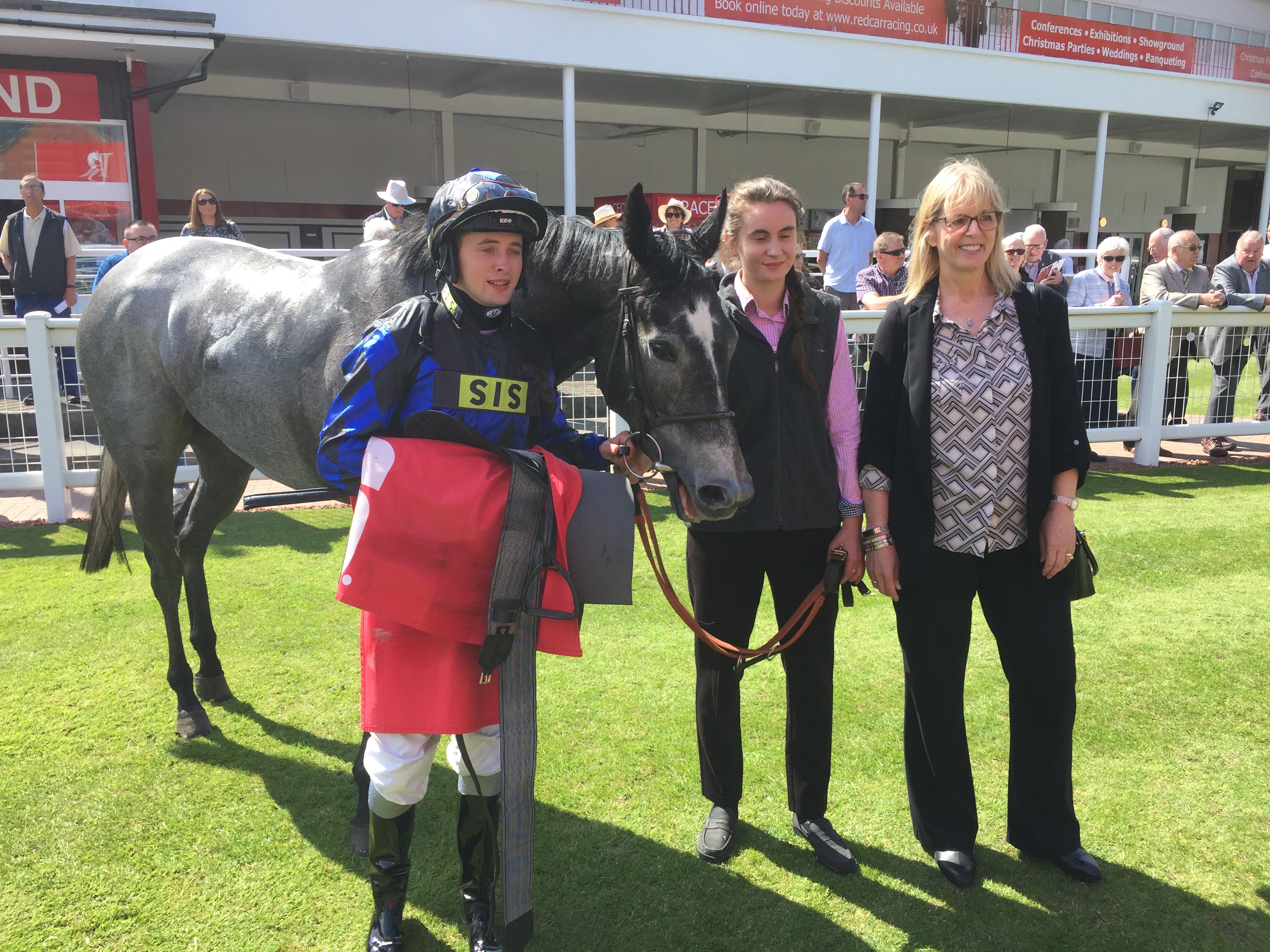 The star man was Irish jockey Robbie Downey who scored a double for Thirsk trainer David Barron on Frosted Lass in the Join Racing TV Now Handicap Stakes, and Venturous in the Watch Racing TV In Stunning HD Handicap Stakes. 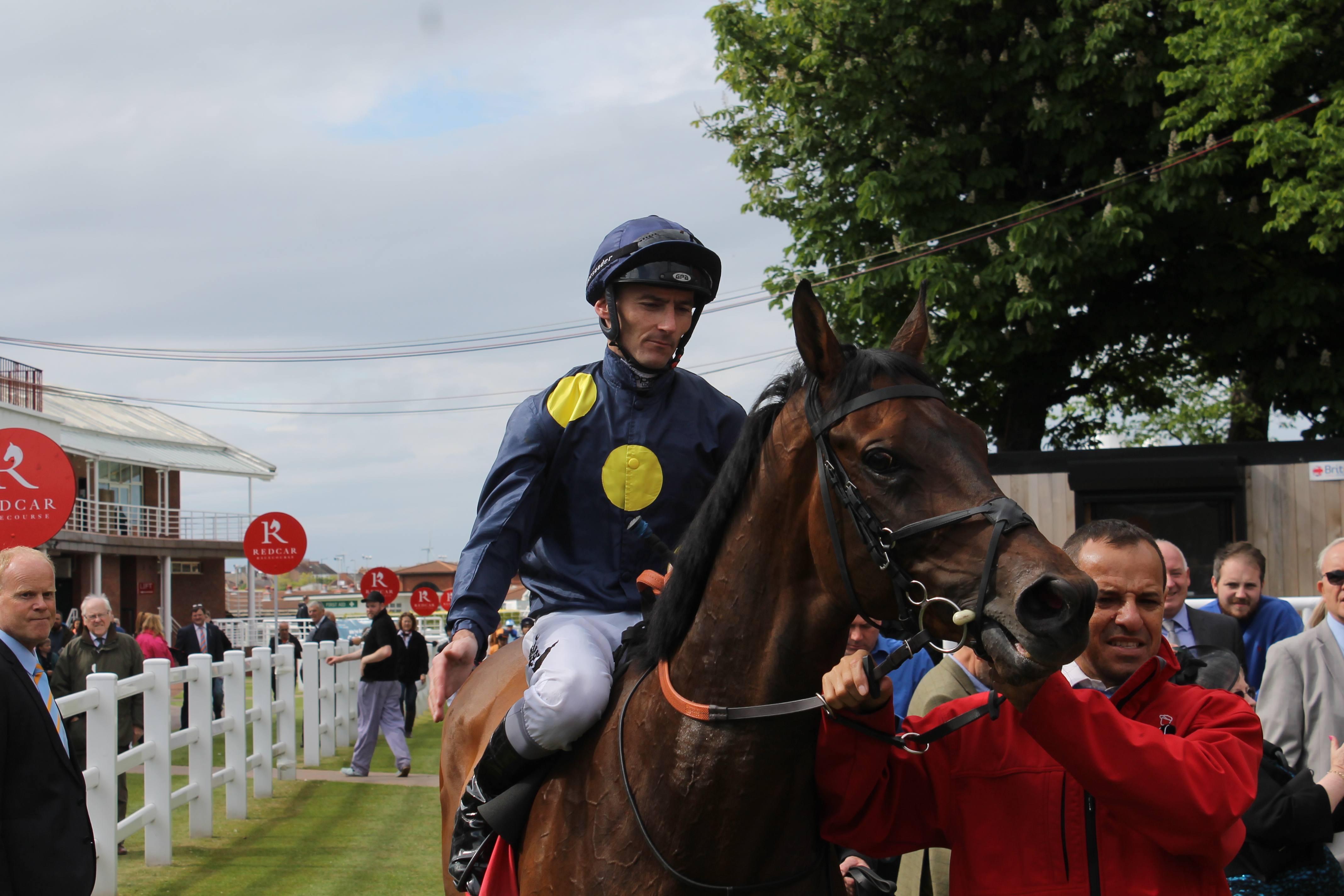 Zetland Gold Cup Day and the historic old race was won by Danny Tudhope on the classy Al Muffrih, trained at Newmarket by William Haggas.

The other highlight of the day was our first ever “Royal Mascot” race, in aid of the North East Autism Society.

What a spectacle it was with six runners going to post – a horse and jockey, crocodile, hedgehog, panda, griffin and monkey. Jockey Danny Tudhope has never had a day like it.

Three of his rides – Quiet Word, Hitman, and Hamish – refused to go into the starting stalls.

However, he had the last laugh when he won the seventh race with Inspired Thought winning the Racing TV Profits Returned To Racing Handicap Stakes for trainer Archie Watson. 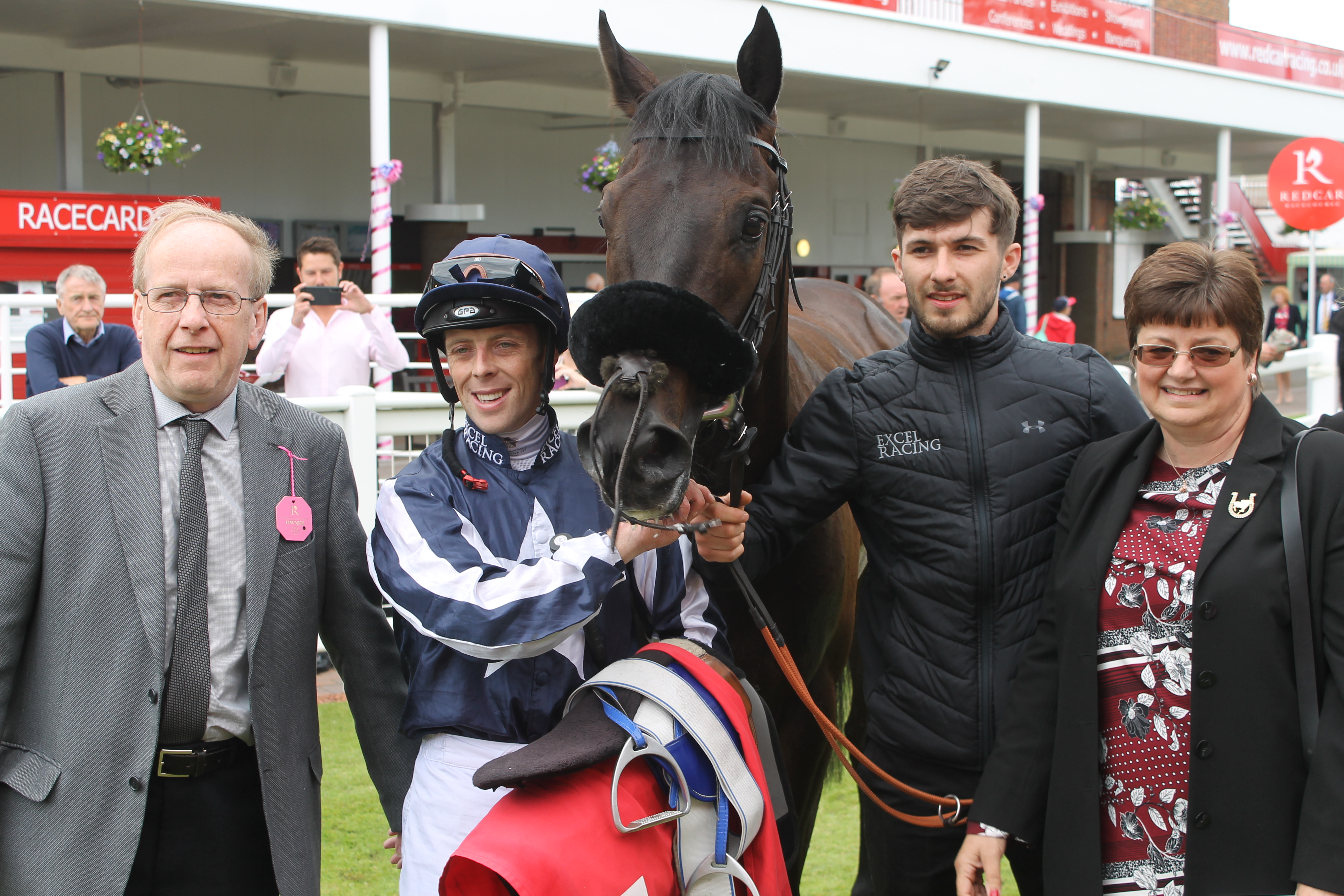 Jockey Ben Curtis enjoyed one of the best days of his career by riding a spectacular four-timer.

He began by winning the Start Your Racing TV Trial Now Selling Stakes on Mick Channon’s Rain Cap. That was followed when he steered the Richard Hannon-trained Production to victory in the Celebrate The Life of Joe Newton Handicap Stakes. The hat-trick was secured when Hugo Palmer’s On The Line got his nose in front in the Racing TV Free For A Month Straight Mile Series Handicap Stakes. The four-timer was completed on Leo Davinci for George Scott in the Watch Racing TV With Free Trial Now Handicap Stakes. 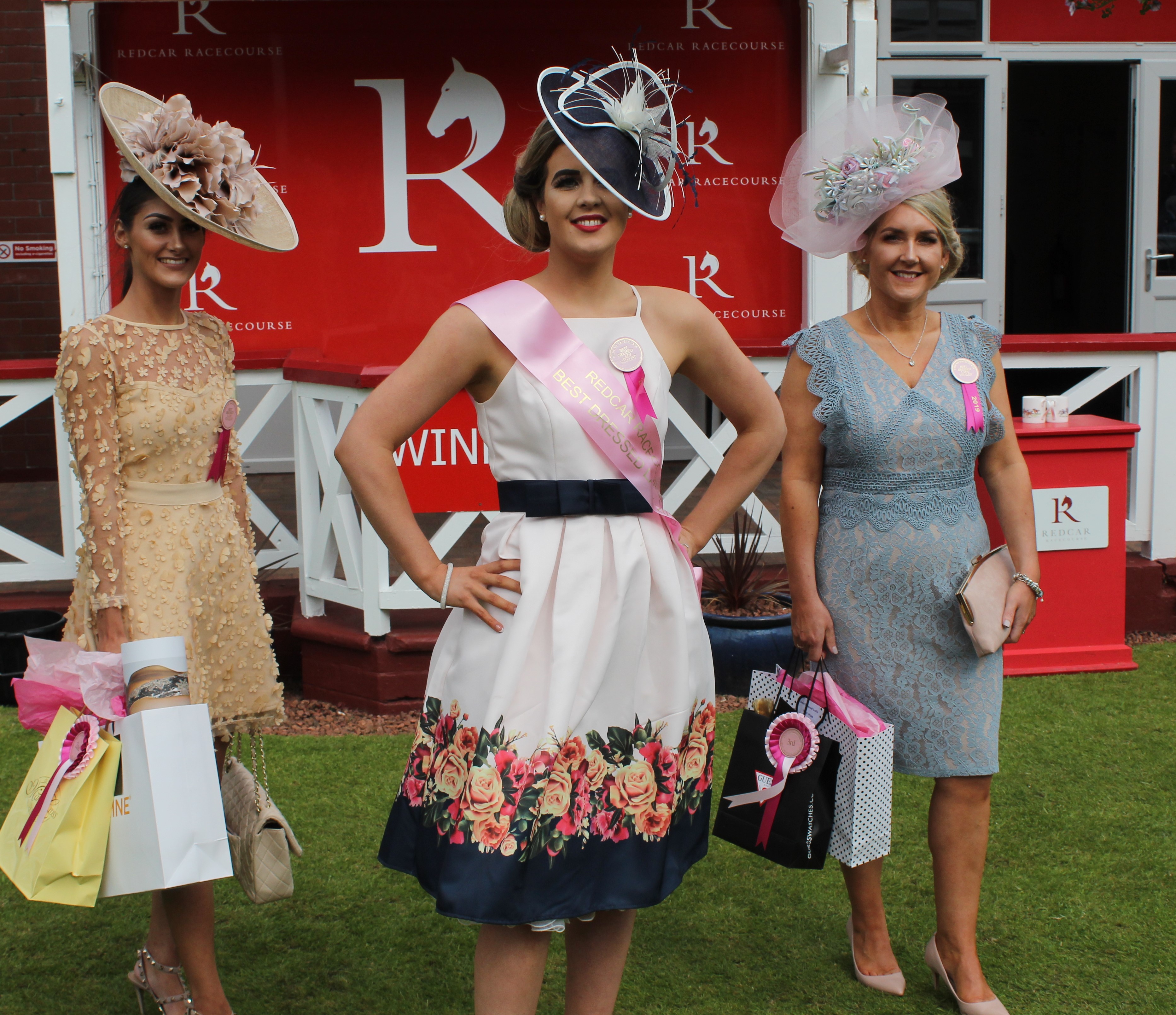 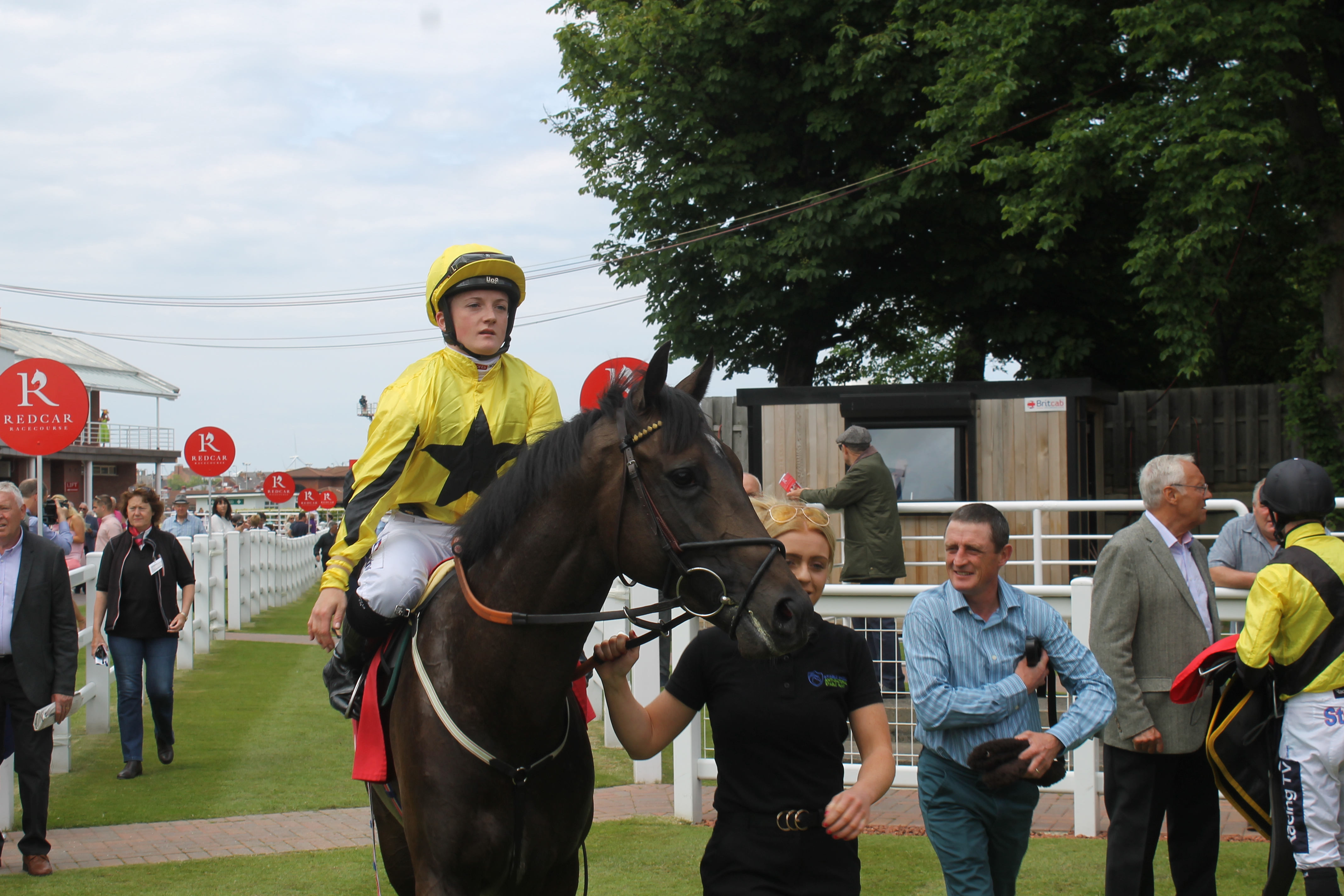 Kayleigh said: "I'm a real fan of the Royals and Disney and have always dreamed of being a princess so it's a dream come true."

Another lady was the star on the track with popular rider Hollie Doyle bagging a double, with War Storm in the Chic Hats EBF Novice Stakes, and Nearly There in the Betty Leigh Boutique Fashion Show Handicap. 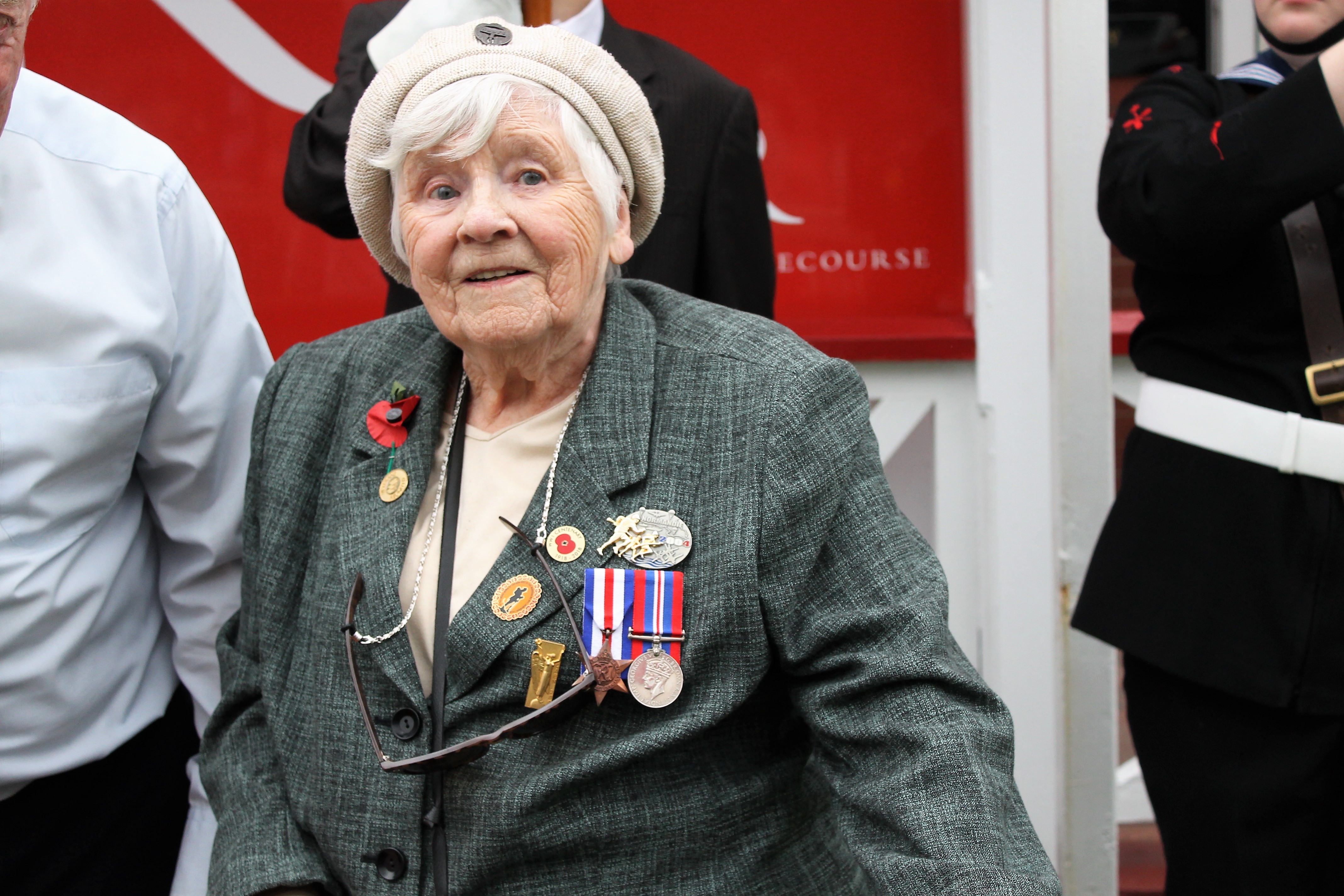 It was 1940s Revival Day in aid of the Royal British Legion and Help For Heroes.

Our guest of honour was 97-year-old Redcar war heroine Joyce Dowding, who served in the NAAFI and was one of the first women to land on the Normandy beaches after history’s largest seaborne invasion.

On what was the second day of the Go Racing In Yorkshire Summer Festival, Joyce was treated to a VIP launch and presented the trophy after the Help For Heroes and Royal British Legion Classified Claiming Stakes.

Katy and her team had been planning to travel back to Ireland after the race but they decided to stay overnight and “have a drink or two” after the dual-purpose mare’s success. 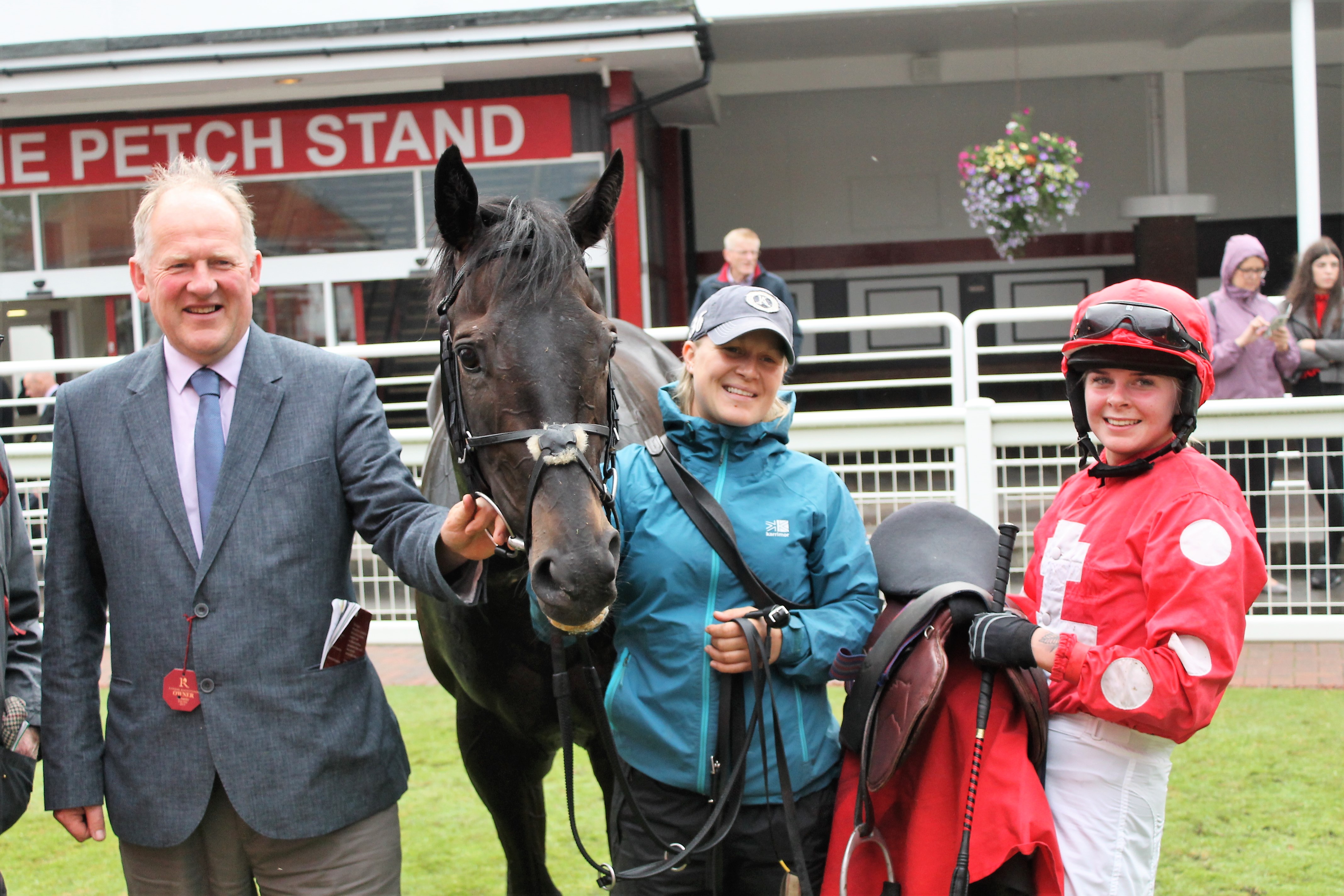 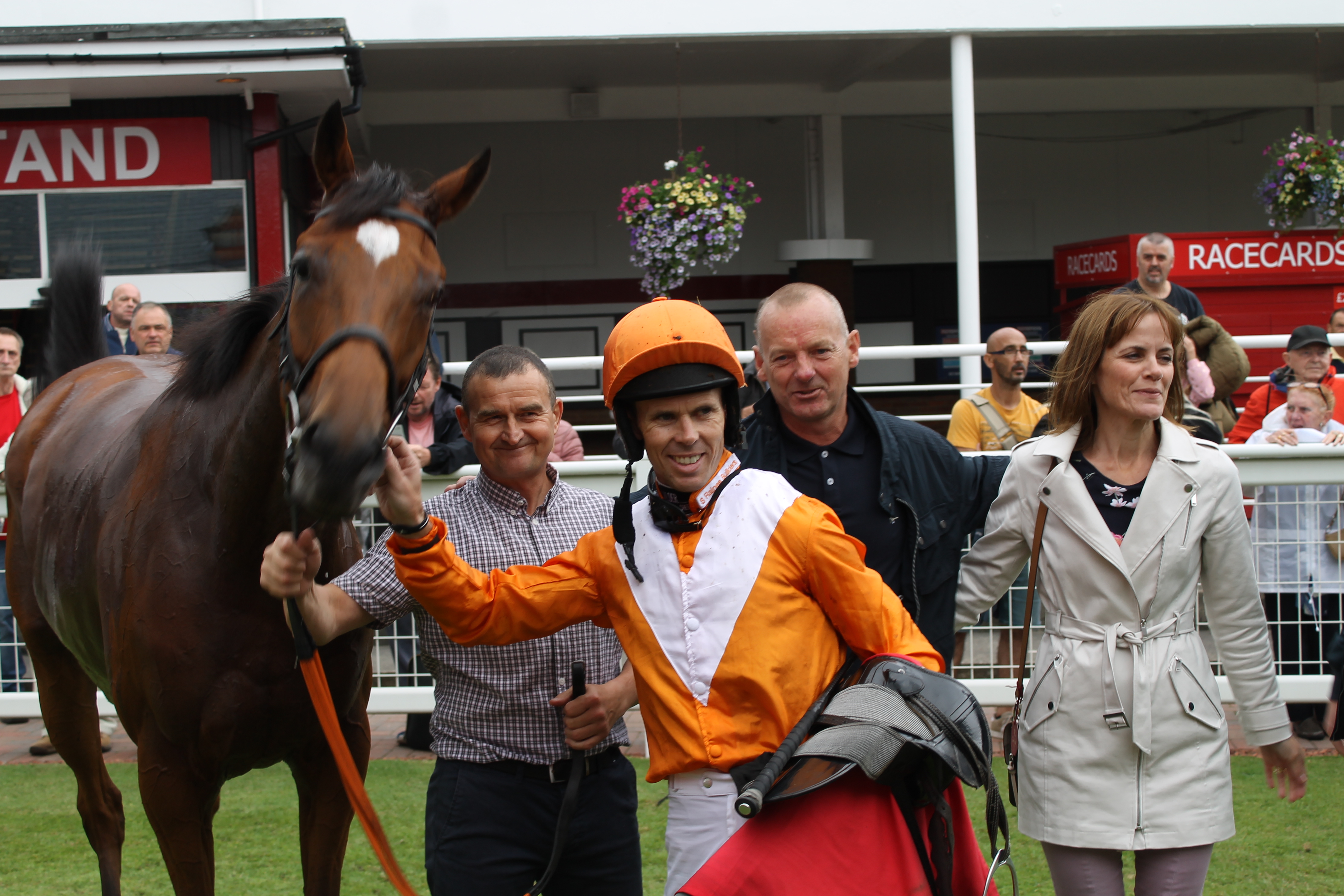 Twenty-four hours earlier, she’d had a nasty fall when riding for the same trainer in a hurdle race at Perth.

Meanwhile, one of Redcar’s stars of the season, David Barron’s Mr Coco Bean, made it five wins from eight runs this season by carrying topweight to a comfortable victory in the Every Race Live On Racing TV Handicap Stakes. 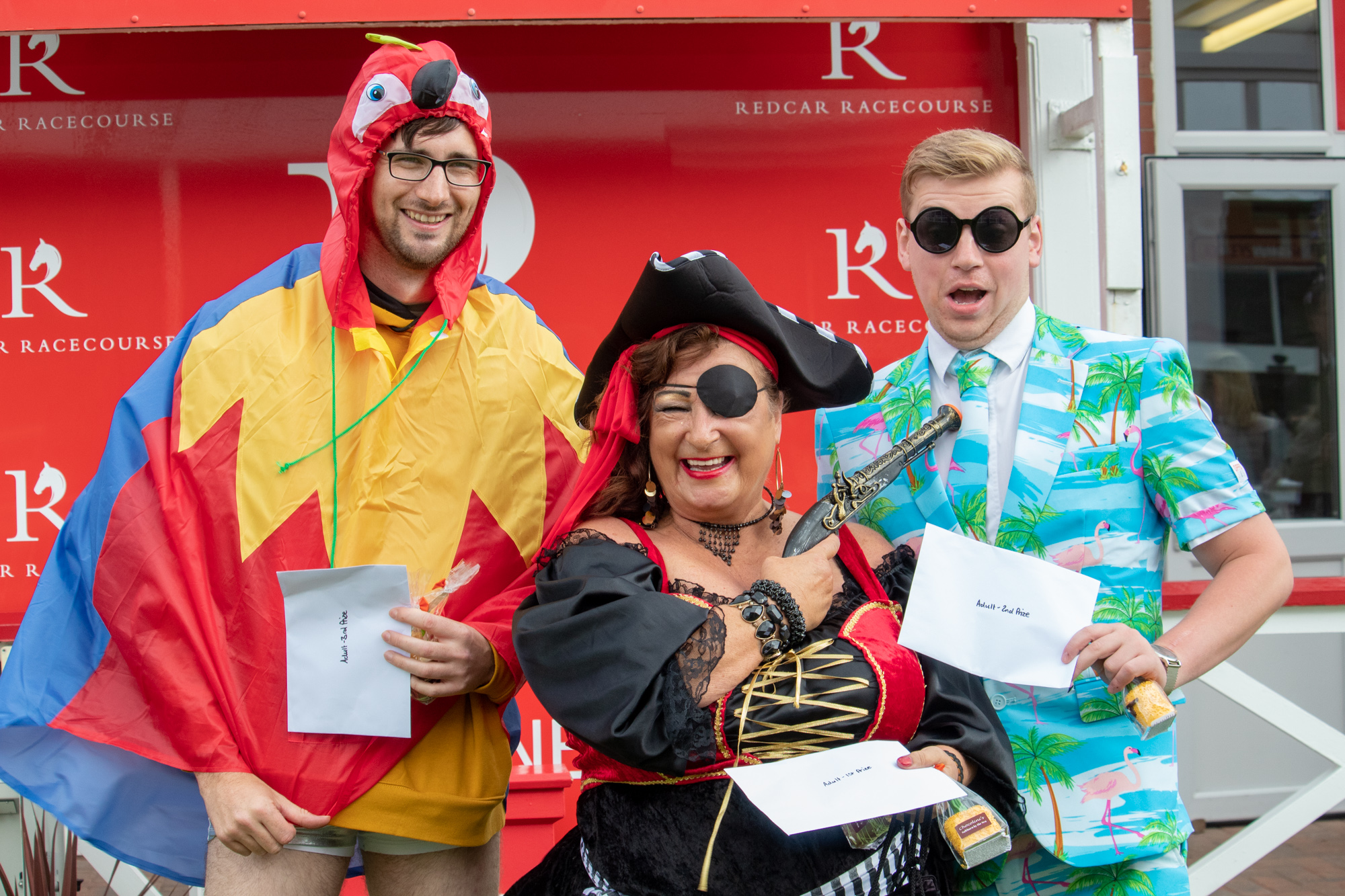 Caribbean Carnival Day and the pirates descended on Redcar yet again!

Great-grandma Janice Wilson, from Middlesbrough, pulled off a blooming brilliant victory in the adult fancy-dress contest, not just for her costume but because of her pirate name of Swashbuckle Fatknickers.

In the junior competition, the boys’ winner was eight-year-old Alfie Smith, from Eston, and the girls’ winner was three-year-old Rose Gleeson.

On the track, Andy Turton, who has a seafood company, was planning to celebrate with a fish pie supper after his horse Wahoo battled to victory under Paul Mulrennan in the Watch Racing TV Handicap Stakes for trainer Michael Dods. 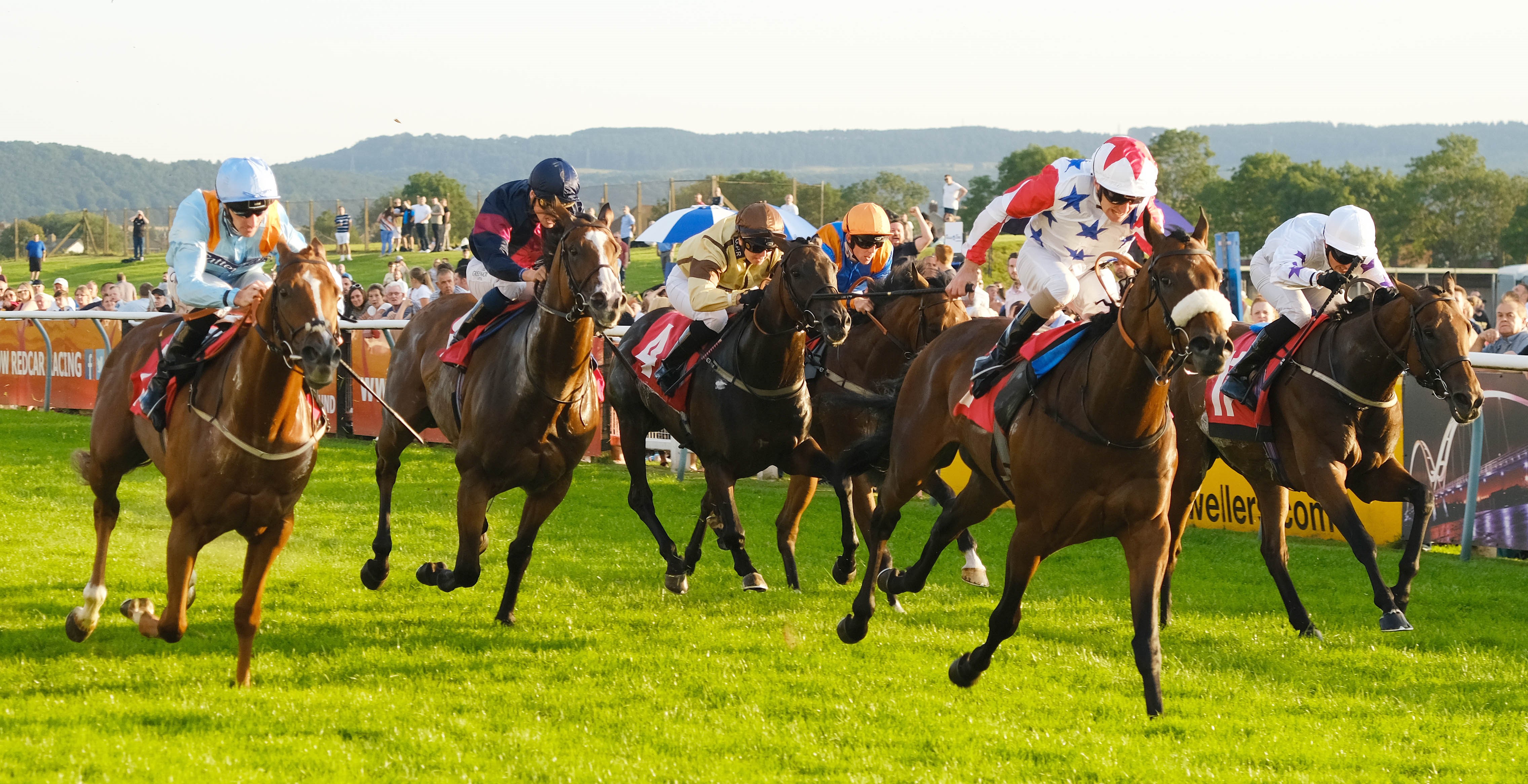 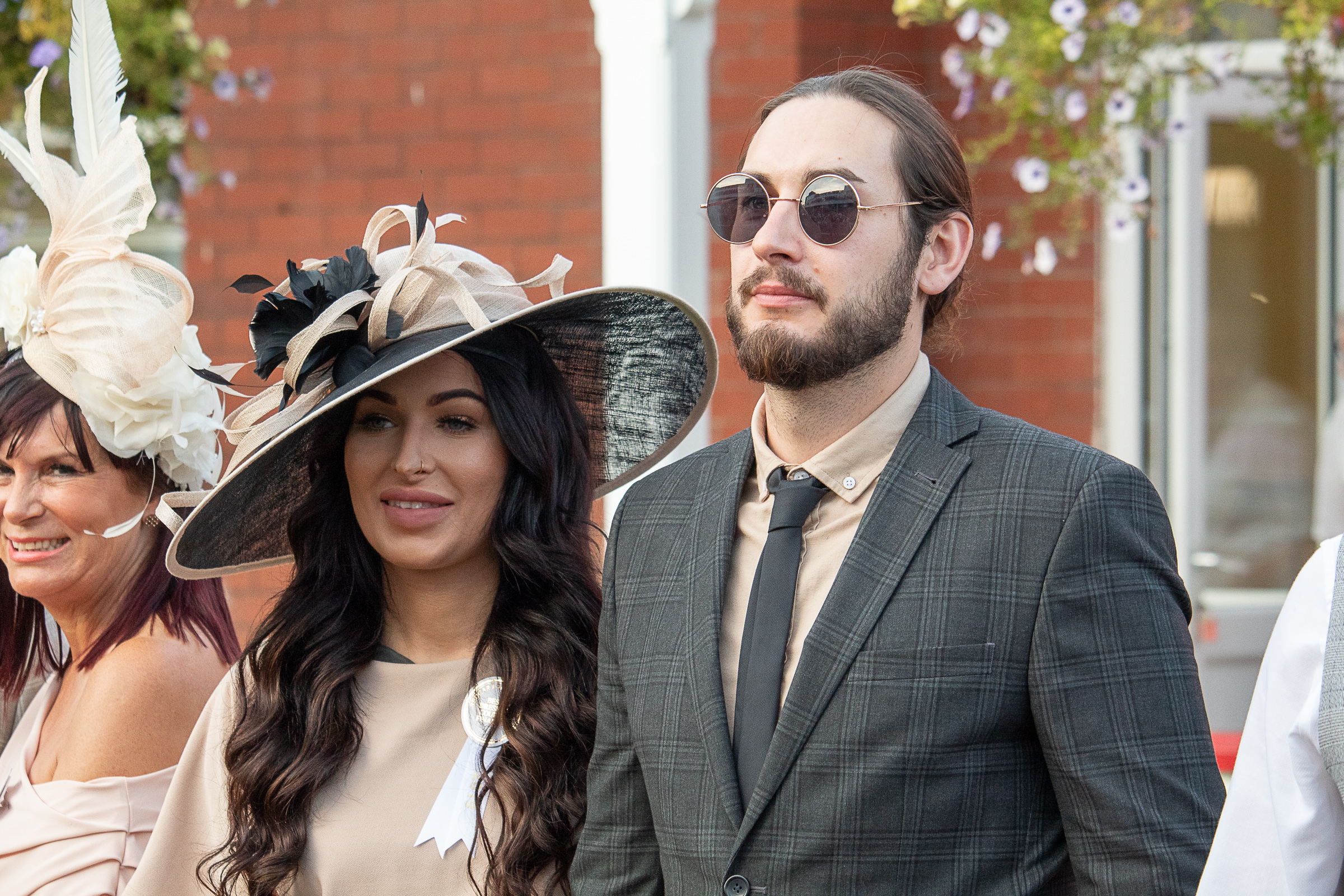 Gin & Gents Evening – and the toast of Redcar was Joe Fanning who rode his 2,500th British winner on the Keith Dalgleish-trained Universal Gleam in the Racing TV Straight Mile Series Handicap Stakes.

Off the track, it was also a big night for teacher Alex Moore, from Hartlepool, and Emma Carter, from Redcar, who won the Best-Dressed Couple contest, sponsored by Market Cross Jewellers, Chic Hats, and Orange Kerr and Beauty. 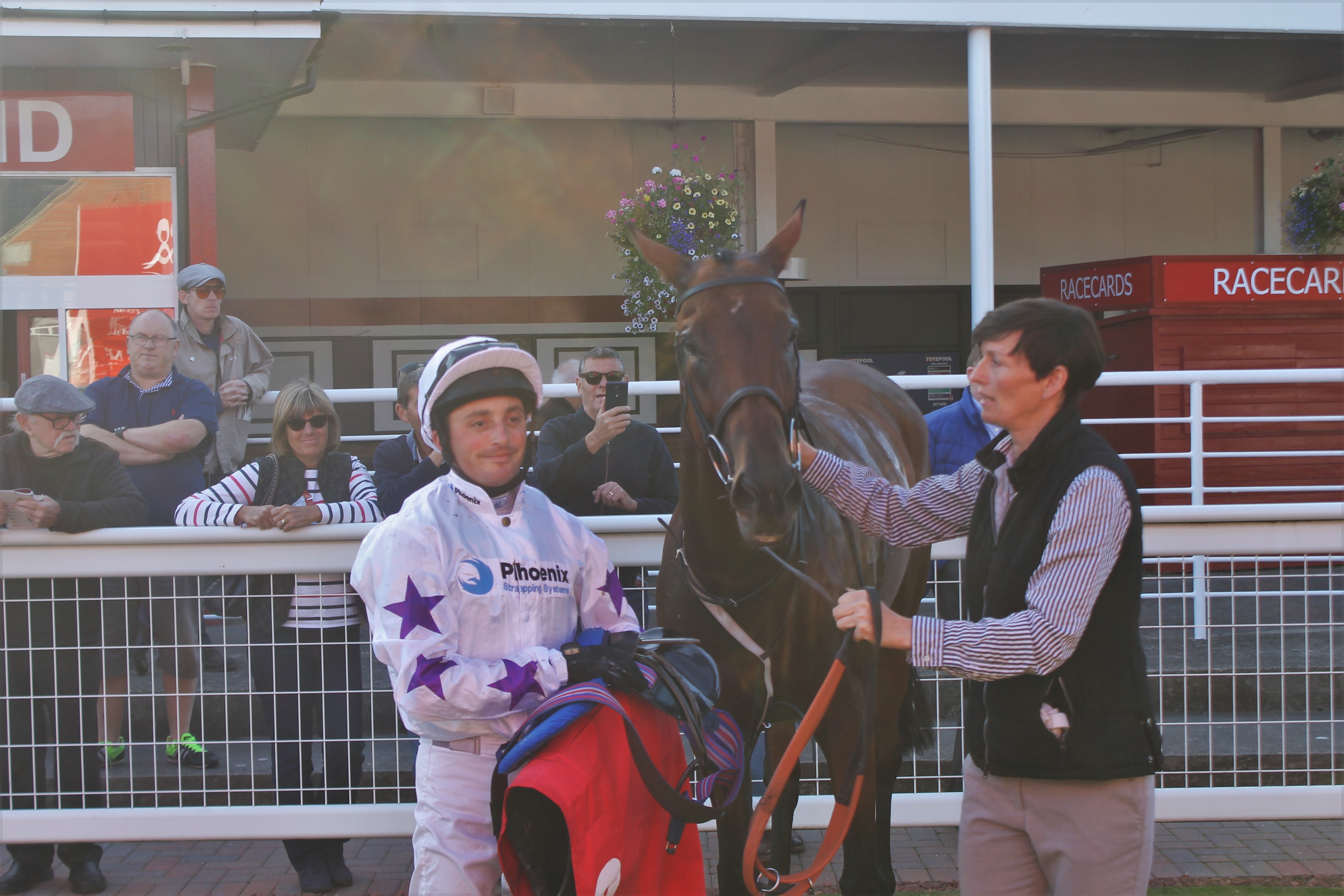 Give It Some Teddy was at it again for Tim Easterby and Duran Fentiman, winning the Racing TV Straight Mile Series Handicap Qualifier in good style.

Assistant trainer William Easterby said: "He loves this track and the plan is to come back for the final next month.” 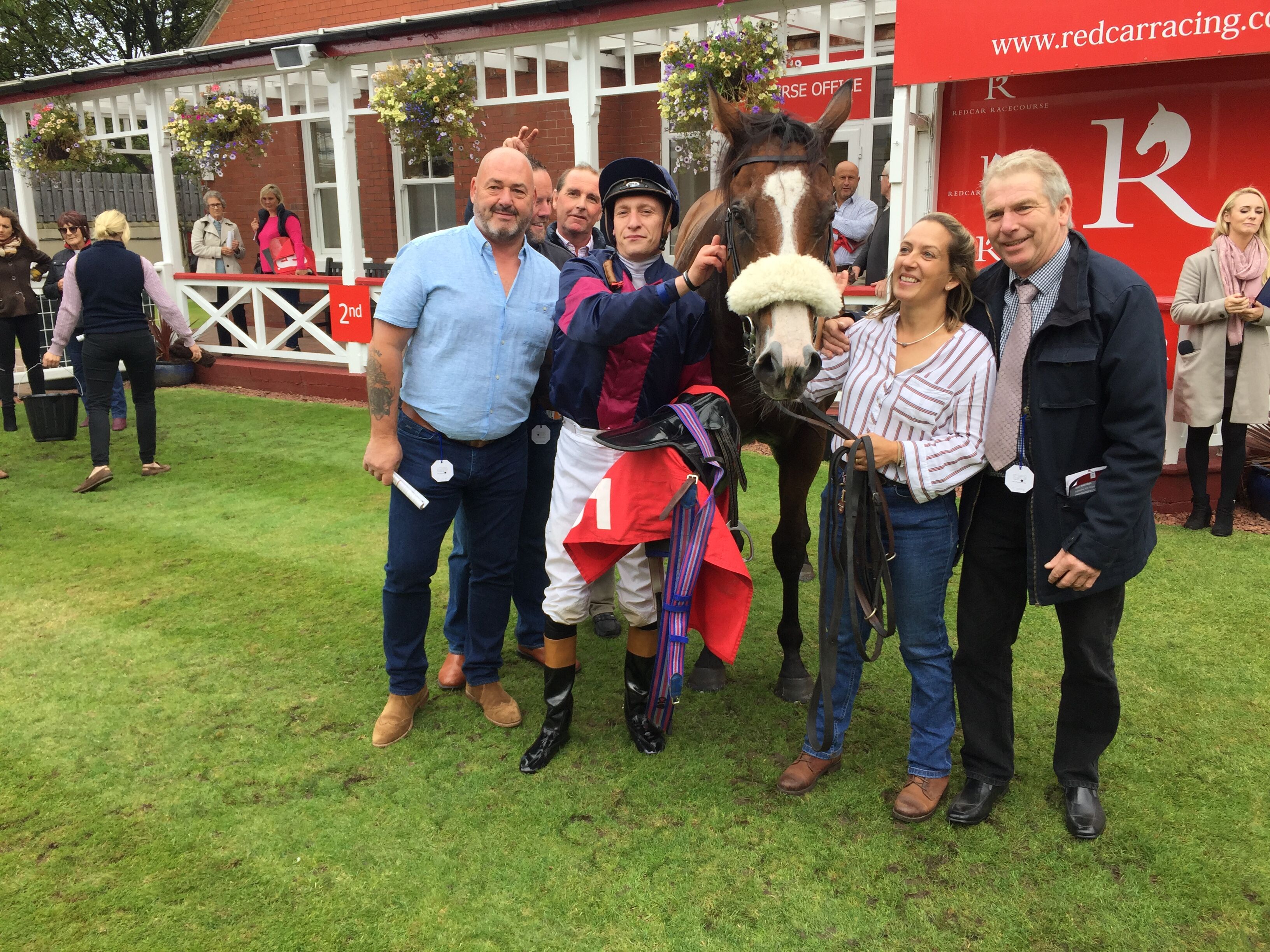 Owner Pat Downes revealed that he’d bought the horse on impulse when he went to Geoff Harker’s stables at Thirsk to buy an Alsatian puppy! 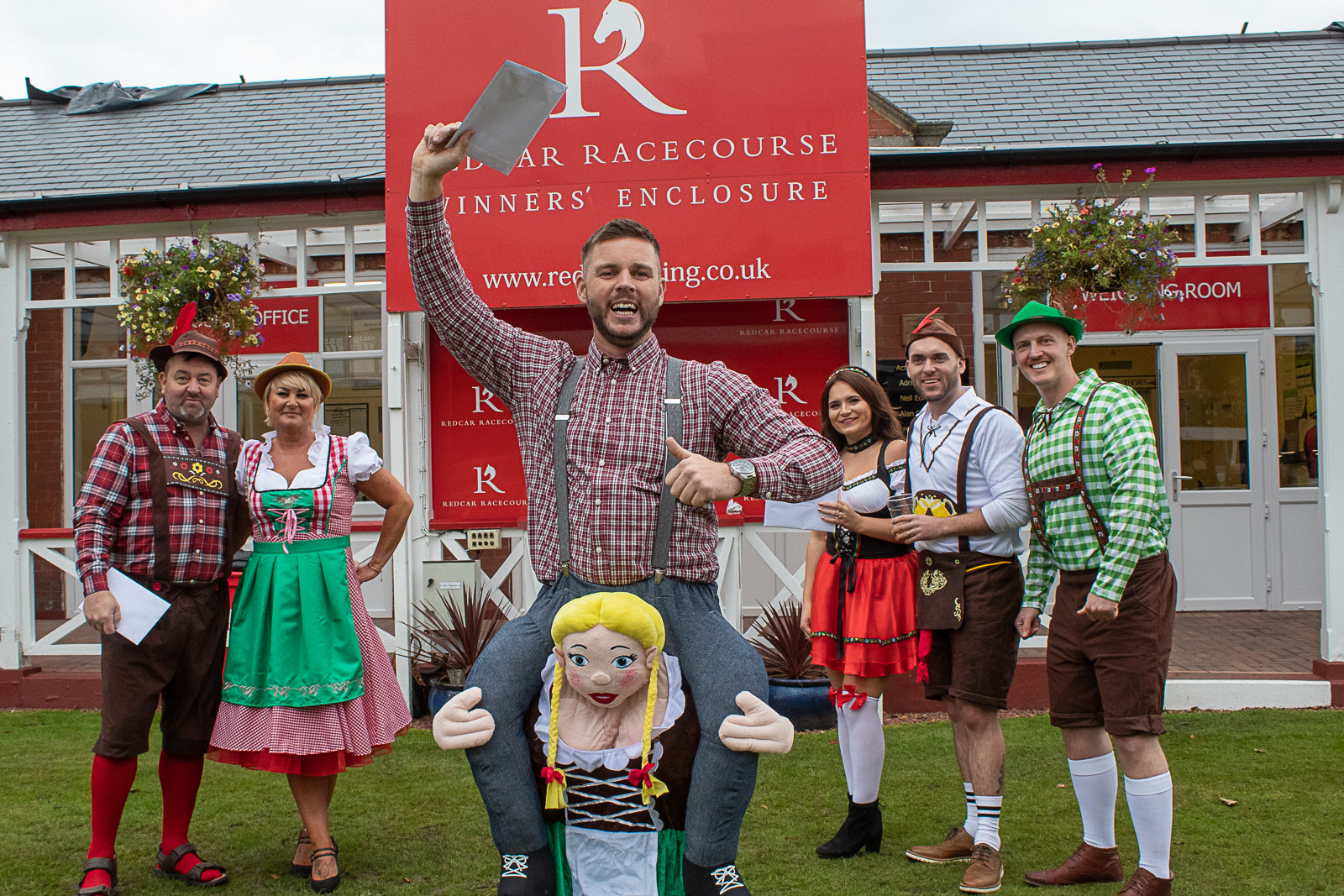 The £175,000 race was won in the hands of Barry McHugh by Summer Sands, part of a four-timer by Malton trainer Richard Fahey. The Coach House colt could now be in line for the Two Thousand Guineas.

Meanwhile, joiner James McCormick was feeling "wunderbar" after winning the Oktoberfest fancy-dress competition, wearing traditional lederhosen and riding a dummy fraulein called Veronica. Nothing ever surprises us at Redcar!

Thank you all so much for making it a memorable season and here's to 2020, starting on April 6.