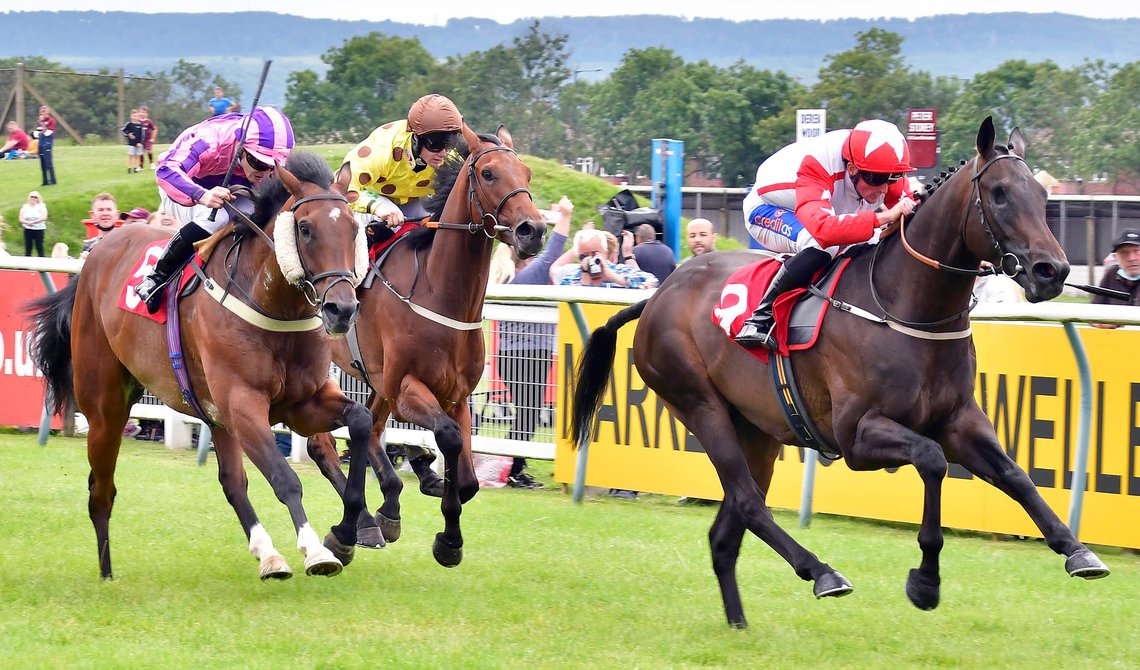 A ONE-EYED horse who defied the odds when fighting back from a career-threatening injury was the toast of Redcar Races today.

Jack Daniel showed remarkable spirit to become a winner on his debut in The Visit racingtv.com Median Auction Stakes.

The three-year-old colt broke his foot as a yearling – an injury that could easily have proved fatal – and had to spend four months in his box being nursed back to health. Then, shortly after returning to training, he lost an eye due to an infection.

However, he showed he's made of stern stuff by battling to victory for the first leg of a double for Malton trainer Declan Carroll and jockey Harrison Shaw.

Owner Danny Fantom, a Nottingham businessman, said: “He’s been through the mill, and it was career-threatening when he broke his foot, but we persevered and it’s paid off.”

Jack Daniel had refused to go into the stalls previously at Newcastle, but Danny paid tribute to Assistant Trainer, Kimberley Dee, for putting a huge amount of work into helping the horse to settle.

“He’s actually a very good-natured horse and having one eye doesn’t bother him. We’ve just had to be patient but it’s a brilliant result,” added Danny.

And with Jack Daniel winning at 25-1, it was a clear case of ‘eye-stakes’. 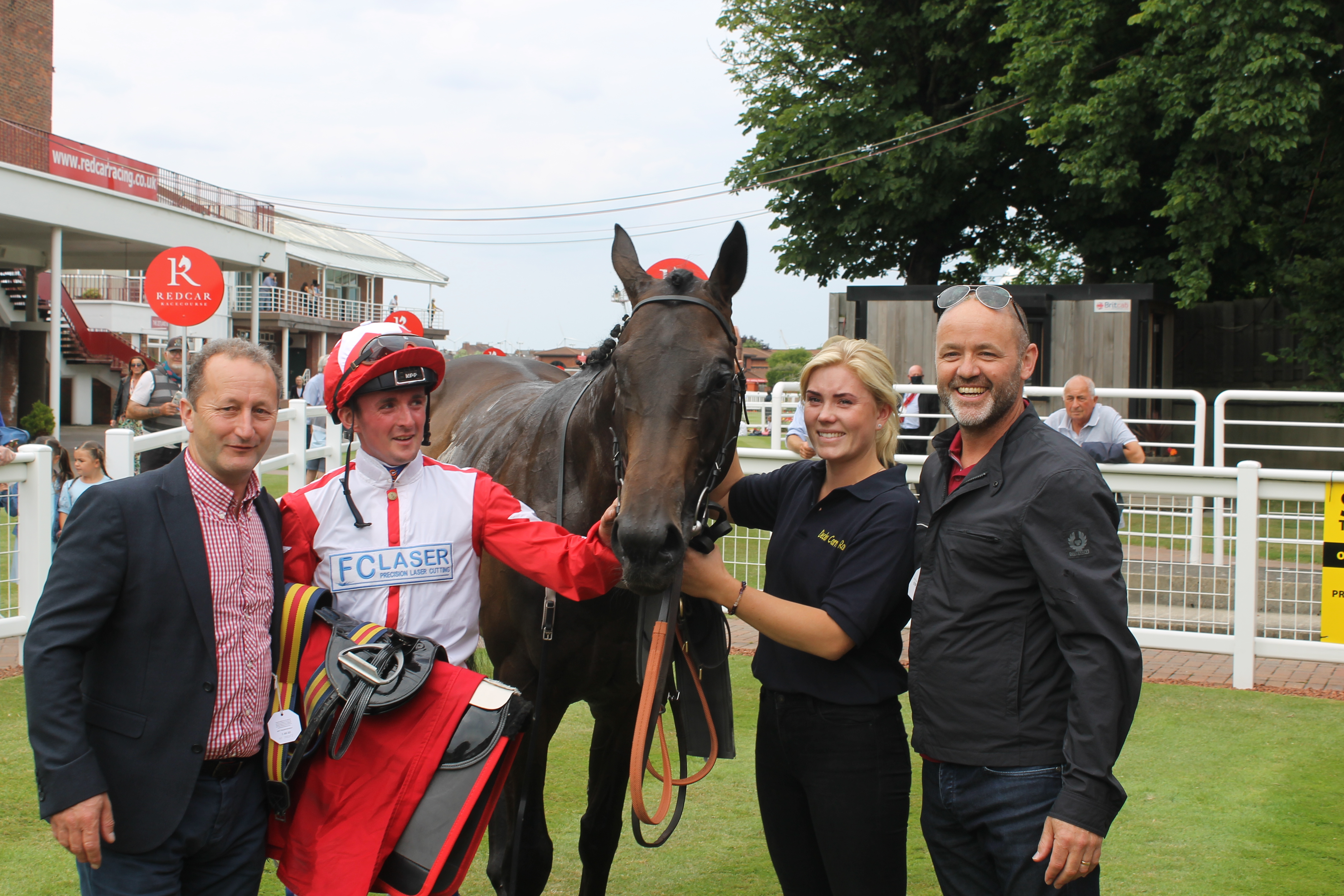 The double for the Carroll-Shaw partnership came when six-year-old mare Machree won for the third time at Redcar in The Market Cross Jewellers Handicap.

The trainer said: “She came to me as a two-year-old and loves it here. She also relishes fast ground and is very genuine. It’s been a good day!”

Machree is owned by Brendan Cooney, who lives in Roscommon, in Ireland, and has been a loyal supporter of the yard. 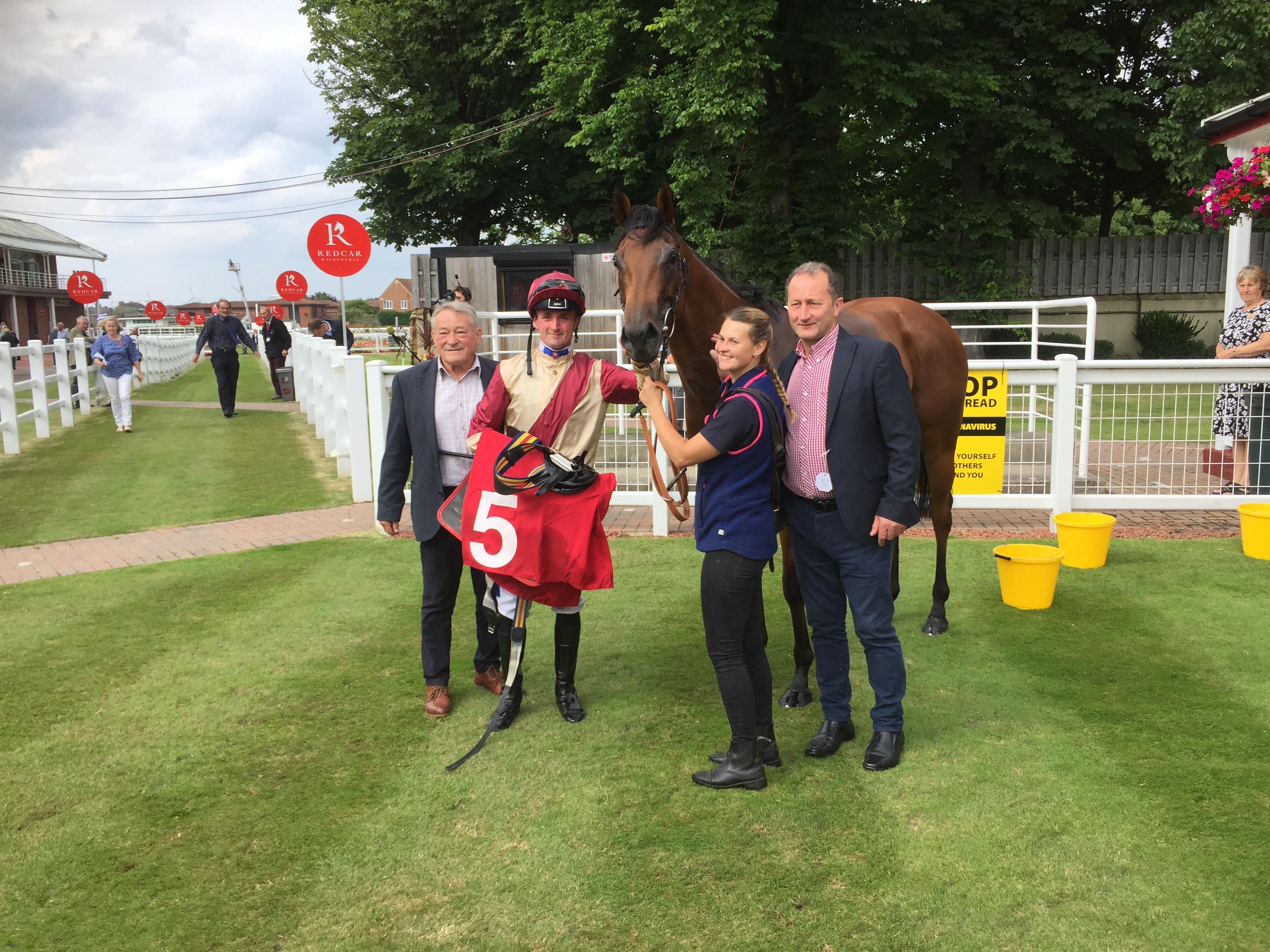 The first race of the day, The Best Flat Races Live On Racing TV Selling Stakes, also went to an outsider as 20-1 shot Act of Passion showed an admirable attitude under in-form Connor Beasley.

The filly, trained near Darlington by Michael Dods, was bred by Elwick Stud, near Hartlepool, and is a third winner for first-season sire Mondialiste.

Beasley, who won Saturday’s Stewards’ Cup at Goodwood for the Dods stable, said: “She put her head down and galloped all the way to the line.”

Nick Turnbull, from Elwick Stud, said: “We thought she was on the wrong side of the track but Mondialiste is getting horses with a brilliant attitude. They all put their heads down and try hard, so we’re delighted.” 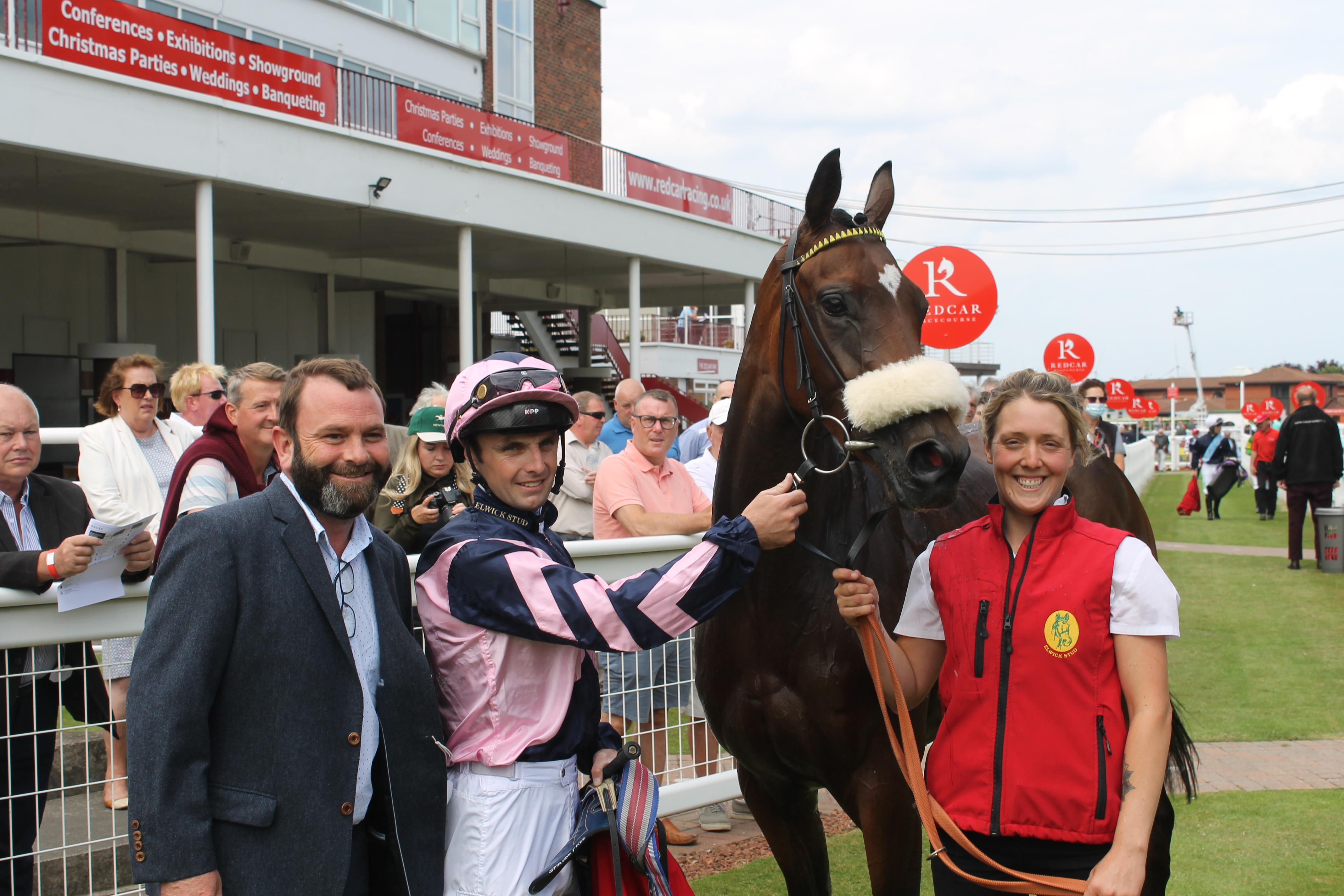 Middleham trainer Ed Bethell has made a cracking start to his training career since taking over from his father, James, this season, and Ulshaw Bridge, ridden by PJ McDonald, gave him a 16th winner of the season in the Join Racing TV Now Handicap.

"Mr Haggas’s horse, Sweet Believer, was a worthy favourite but I couldn't believe our horse was 14-1," said Bethell.

A change of tactics paid off, with PJ McDonald forcing the pace, and Ulshaw Bridge refused to give in, holding on tenaciously from the odds-on favourite.

“He’s a decent horse on his day and the drying ground suited him,” added Bethell.

The High Chaparral gelding is owned by businessman John Carrick, from Snape, near Bedale.

His father, Herbert, launched the business in 1929 after he was made redundant from the steelworks.

“He had a boat at Hartlepool and started hawking fish round the pubs and restaurants and it went from there,” said Mr Carrick, who also owns former Zetland Gold Cup winner Briardale. 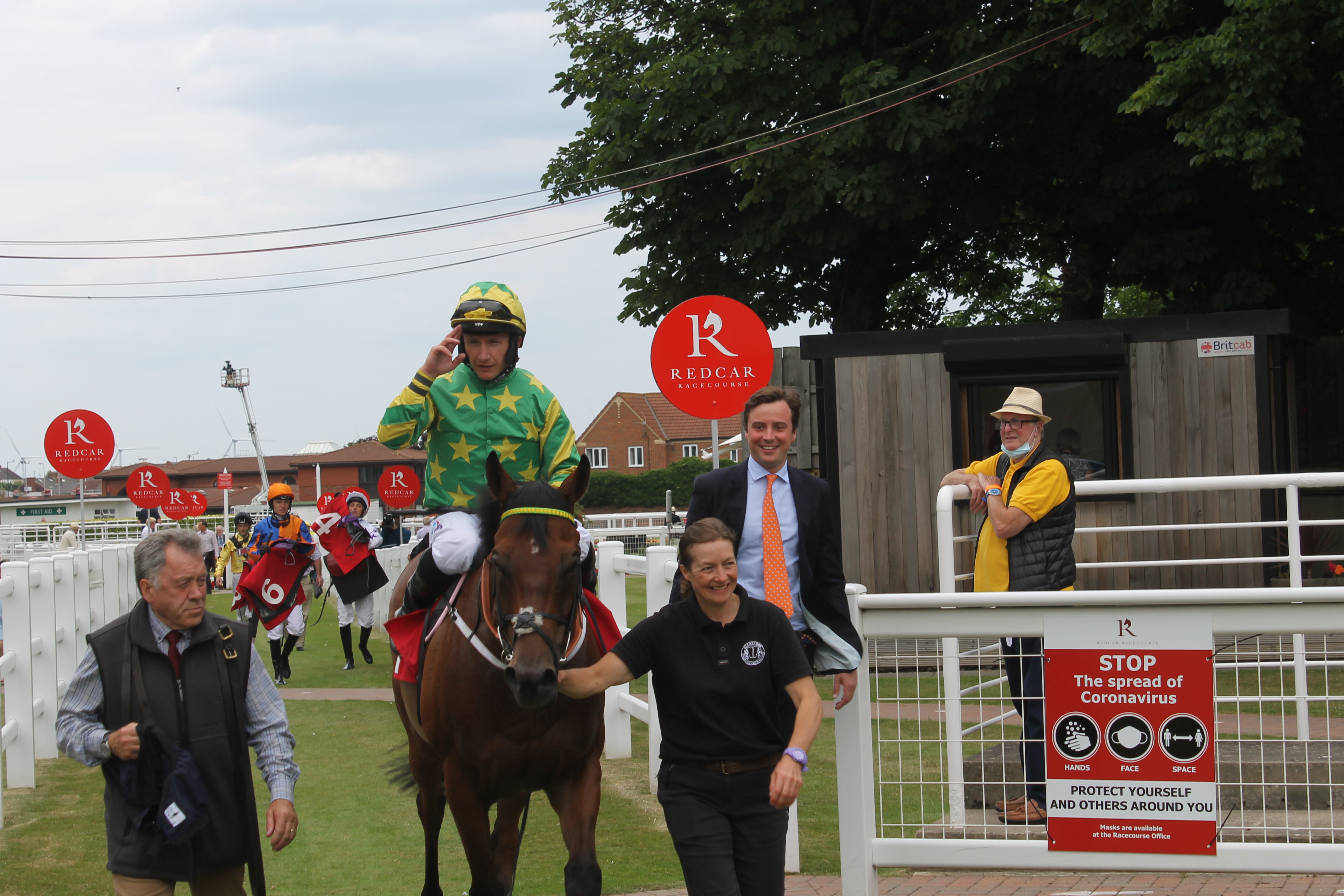 Five-pound claimer Adam Farragher certainly had a day to remember. Stuck in traffic for five hours just outside Newmarket, he missed the ride on Sweet Believer, but arrived in time to win on the William Haggas-trained Sea La Rosa in the Racing TV Handicap.

Kevin Stott deputised on Sweet Believer and Farragher said: “I think a lorry caught fire on the A14 and I got here just as she was going down. It was a total nightmare.” 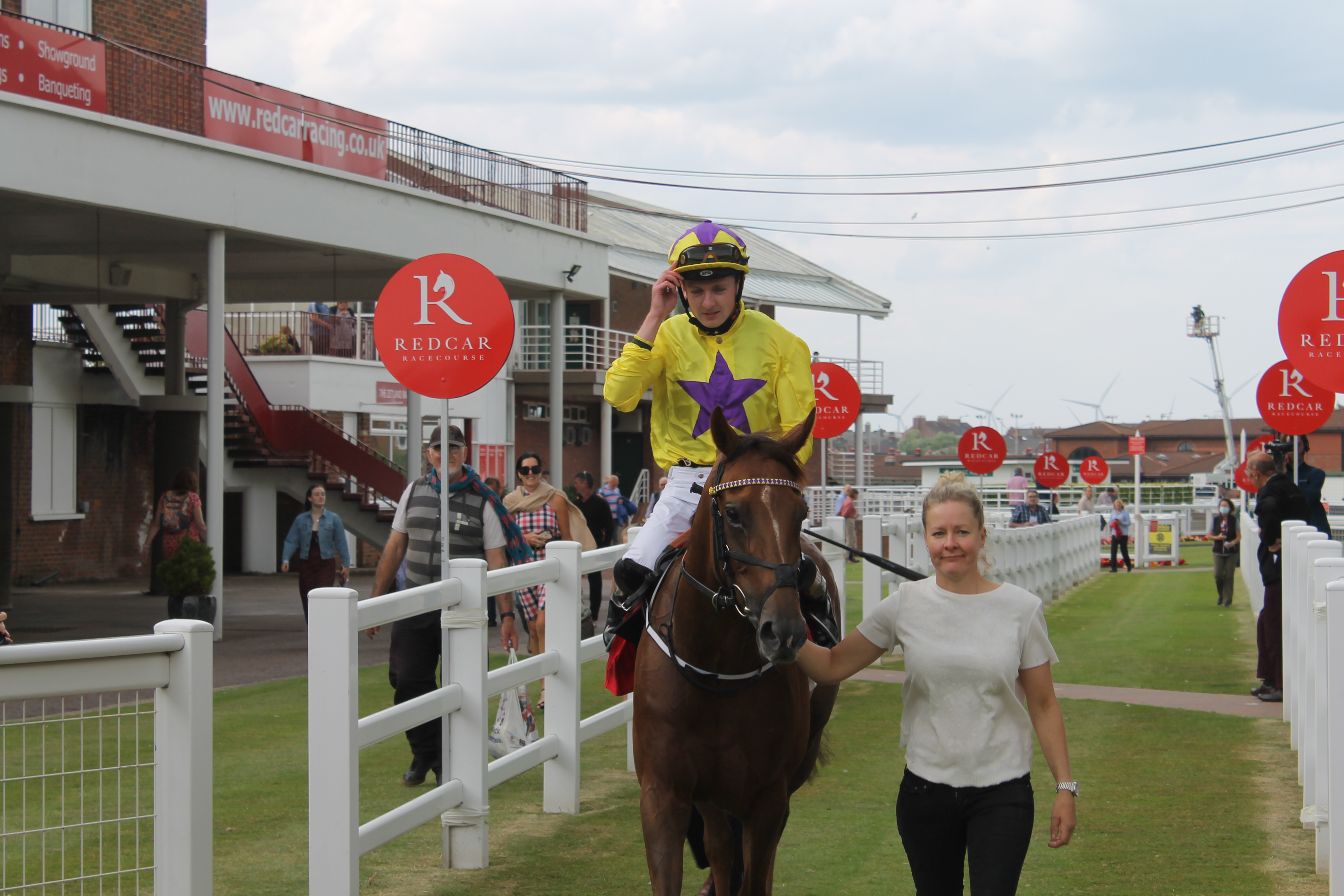 Absolute Dream, trained by Richard Fahey at Malton and ridden by Paddy Mathers, appreciated the drop down to six furlongs in landing The Every Race Live On Racing TV Handicap.

The Dream Ahead gelding was a course and distance winner in 2018 and Travelling Head Lad Joel Thomas said: “The trip and the track were the key today.” 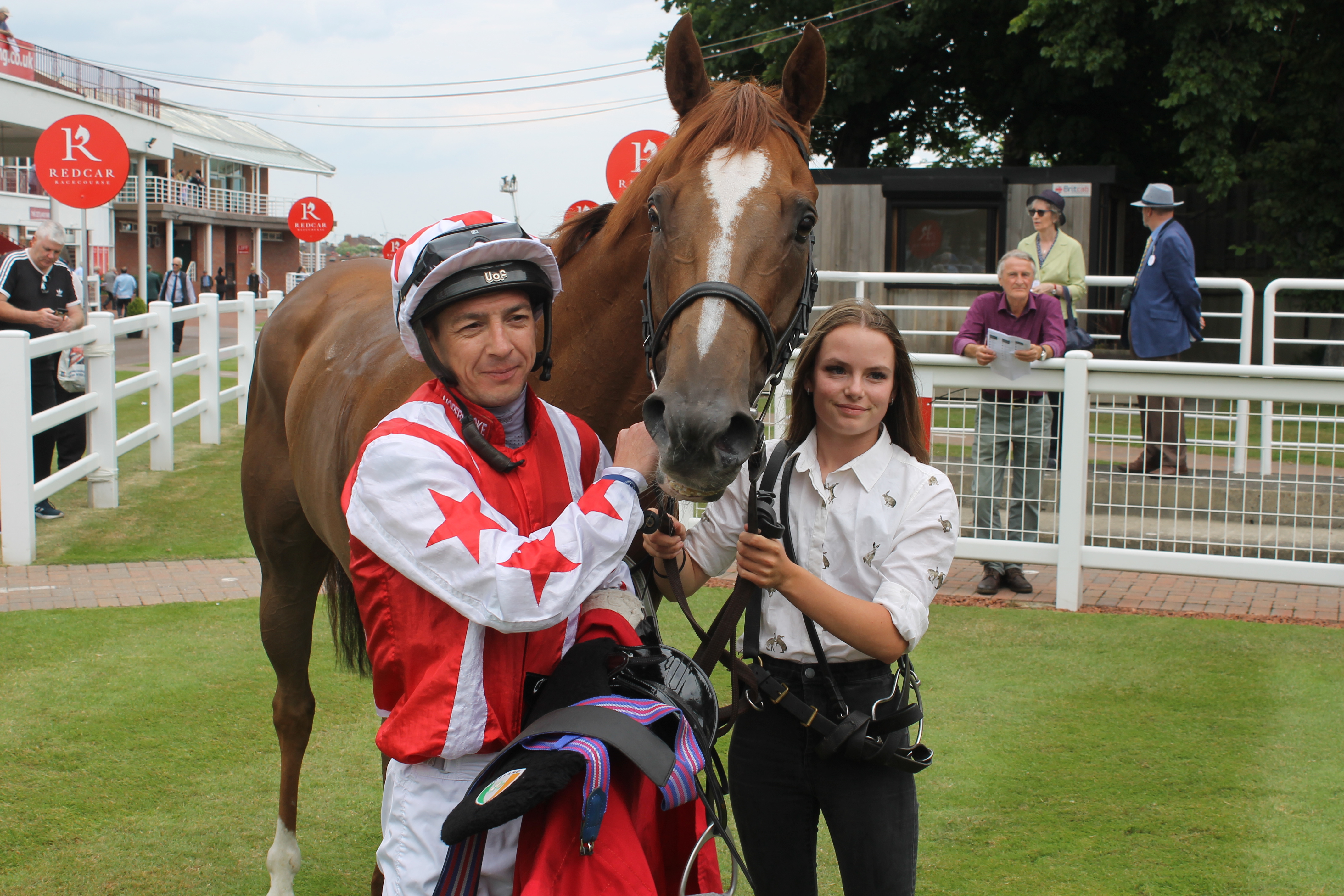 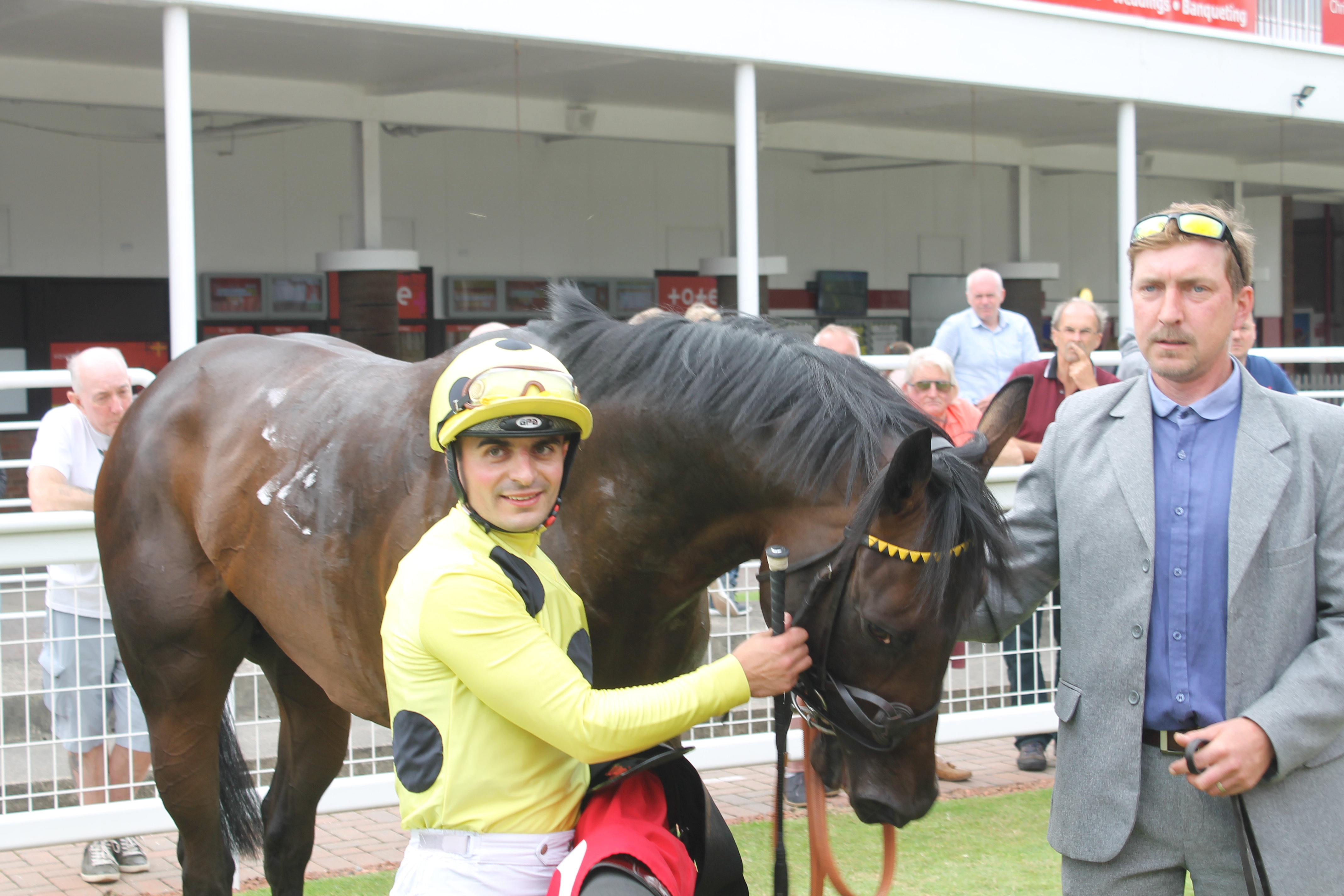 And it was a happy birthday for Ben Curtis as he drove Gift of Raj home in The Watch Race Replays On Racing TV Handicap for North Yorkshire trainer Roger Fell. It was the jockey’s only ride of the day and the gelding had been second over the course and distance on his penultimate start. 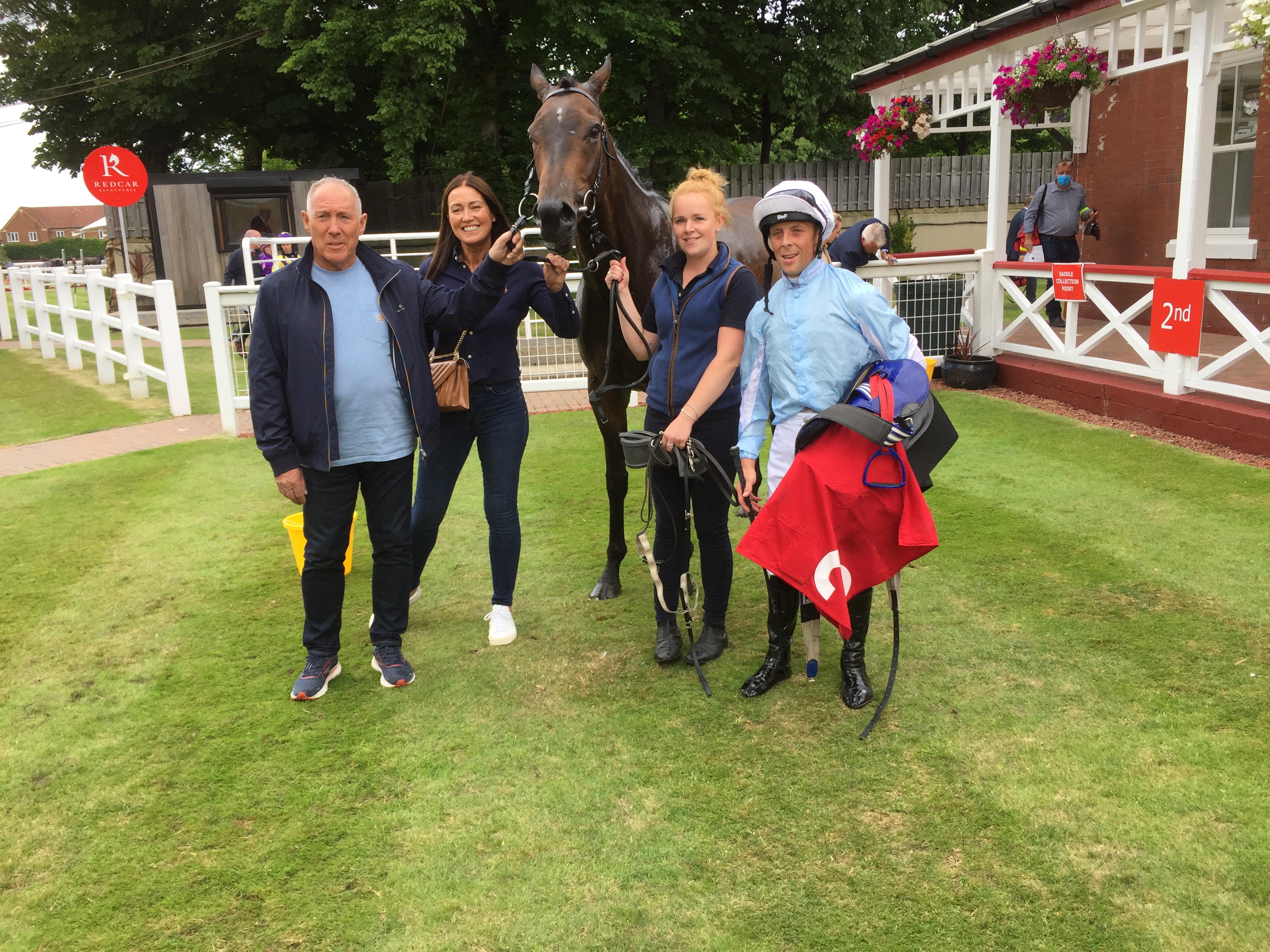