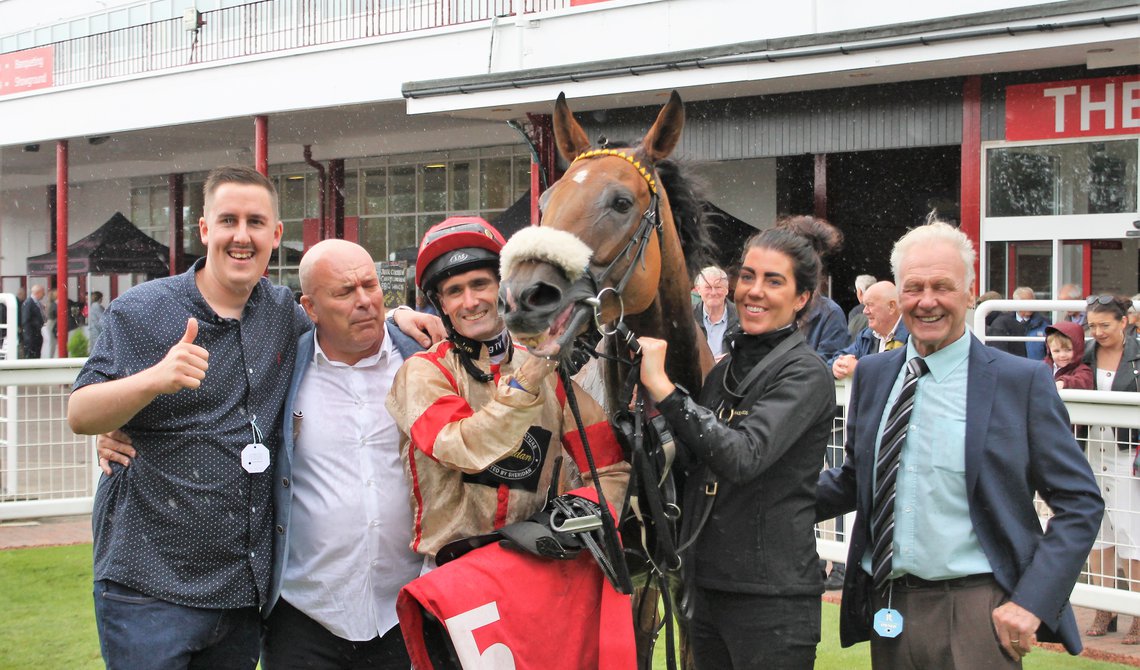 SEAFOOD businessman Andy Turton is planning to celebrate with a fish pie supper tonight after his horse Wahoo battled to victory at Redcar’s seaside racecourse.

The tough gelding, trained near Darlington by Michael Dods, refused to give in under a determined ride by Paul Mulrennan to win the Watch Racing TV Handicap Stakes for trainer Michael Dods.

Dods revealed that the horse wouldn’t have run if the rain hadn’t come just in time on the North-East coast.

"He hasn't had much running because of the ground but that bit of rain came just in time,” said the trainer.

Andy owns the horse in partnership with John Blackburn, a friend since their school days at Normington Grammar in Pontefract when they played in the same rugby team.

"He's been lightly raced but we've been waiting for some give in the ground. He stepped up from six furlongs to seven and Paul gave him a great ride," said Andy, who owns Ocean Star Seafoods. "It'll be fish pie with king prawns and scallops to celebrate tonight!"

John, who runs a granite worktops company called Sheridan Fabrications, is on holiday so missed Andy giving the trainer a celebratory kiss!

There is also a fishy connection to the naming of Wahoo, which is a fish found in tropical and subtropical seas and is famed for its speed.

North Yorkshire trainer David O’Meara sealed a double when Betsey Trotter made it three on the trot under a confident ride from Harrison Shaw in the Market Cross Jewellers Handicap Stakes. 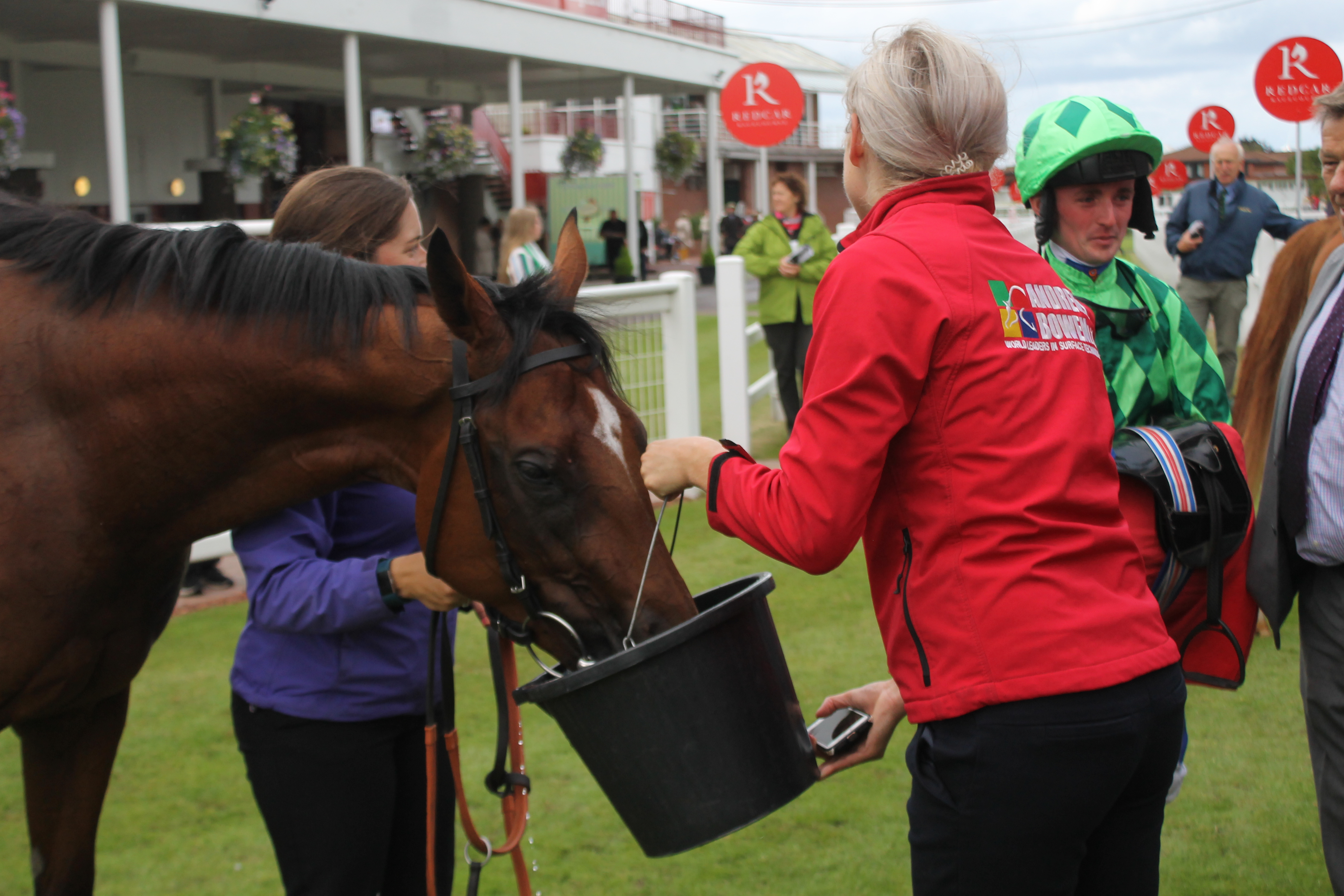 O’Meara had earlier won the Join Racing TV Now Handicap Stakes when Spiorad, owned by the Hambleton Racing syndicate, skated away under David Nolan for a comprehensive victory. 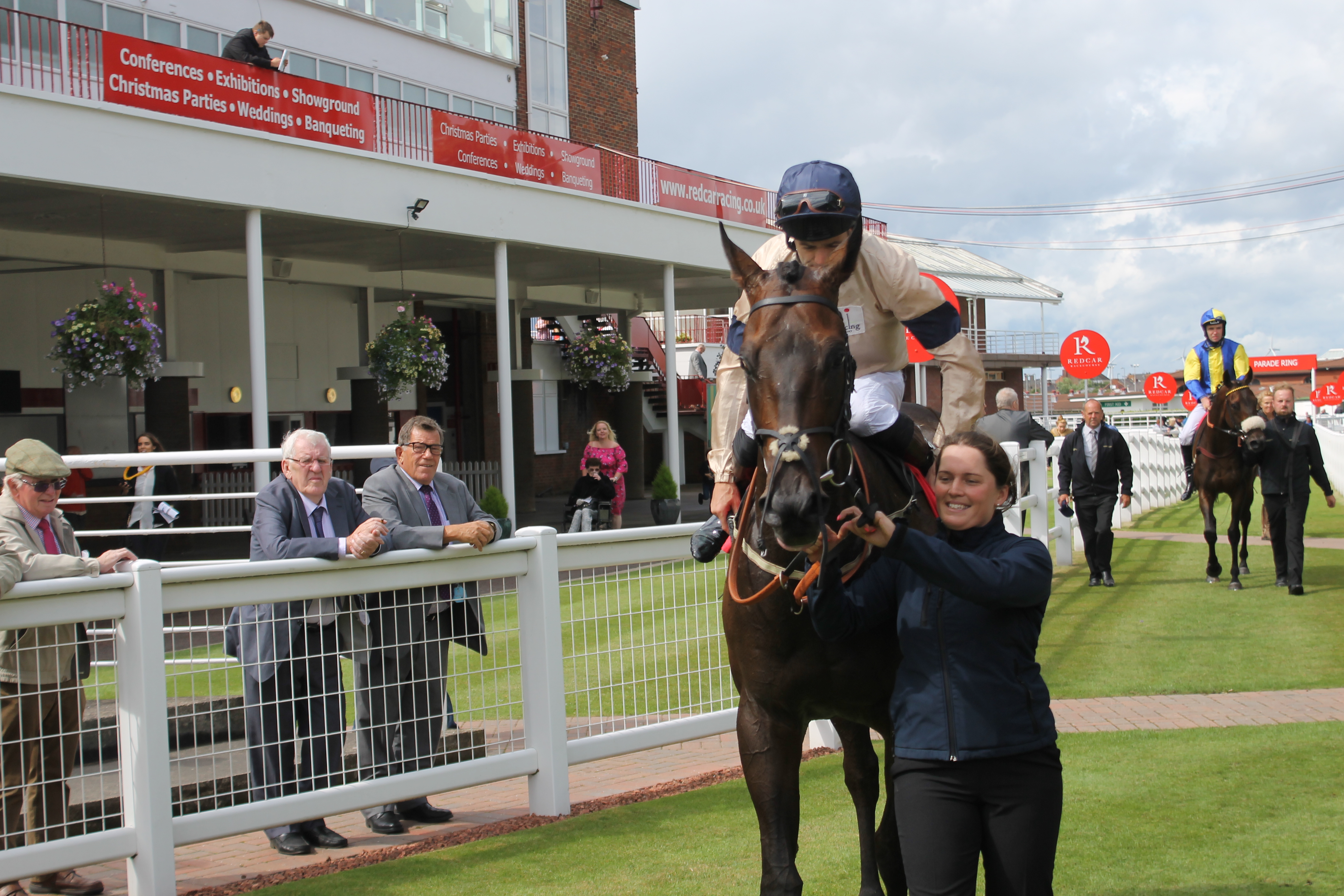 The in-form trainer said: "He did it well and I think he'll stay further. He likes a galloping track." 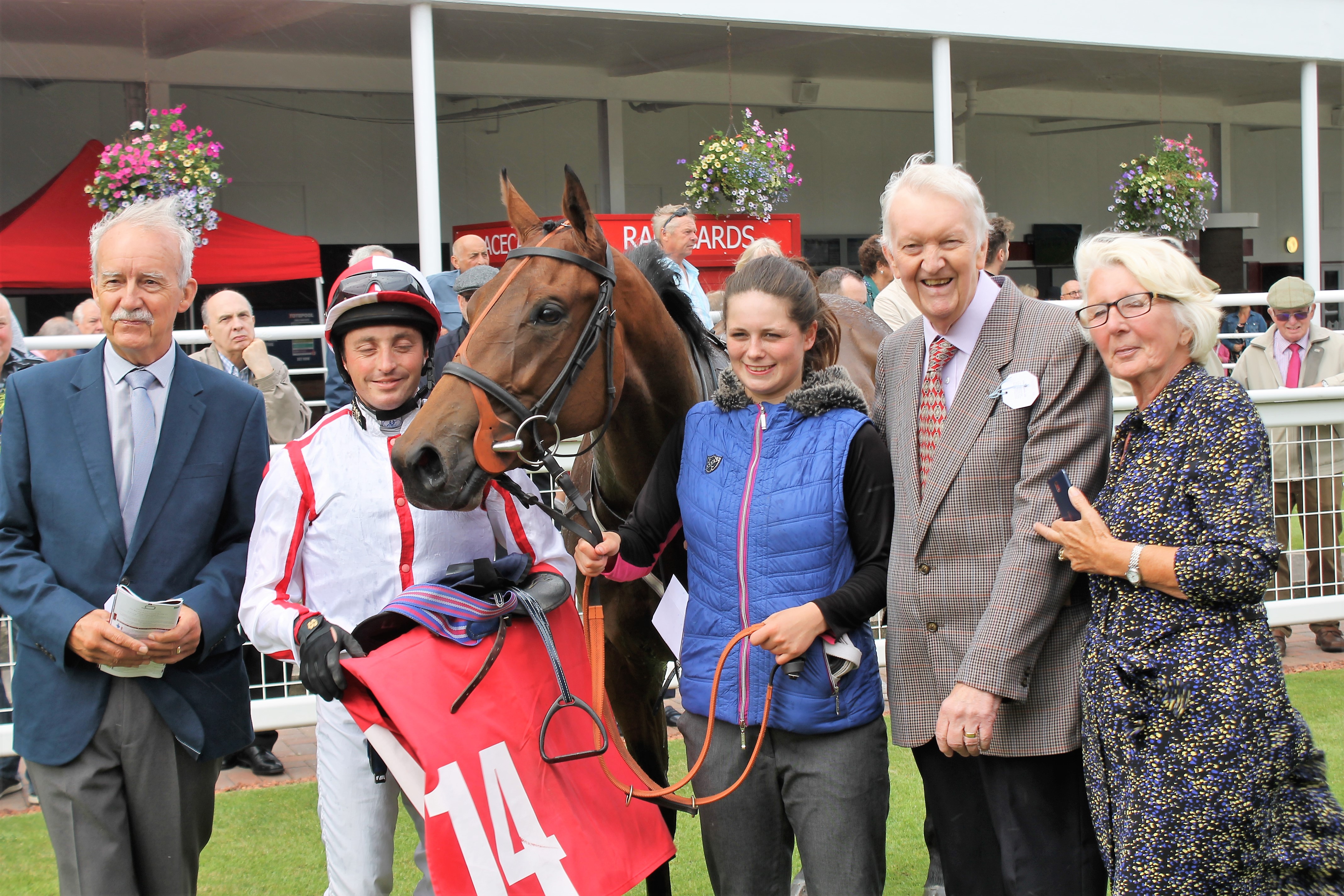 The horse is owned by the Henry Ponsonby Racing syndicate and spokesman Les Clarke, from Ingleby Barwick, said: "She hasn't been running well but you're always hopeful. It's the first time she's shown that kind of ability so it's brilliant."

It was a good day for Newmarket raiders, starting with Lady Dauphin, trained by Charlie Fellowes, winning the Celebrate The Life of Ann Allport Median Auction Maiden Stakes under seven-pound claimer Aled Beech. However, it wasn’t the Newmarket runner most people expected to win, with hot favourite Burning Topic proving a disappointment for trainer David Lanigan. 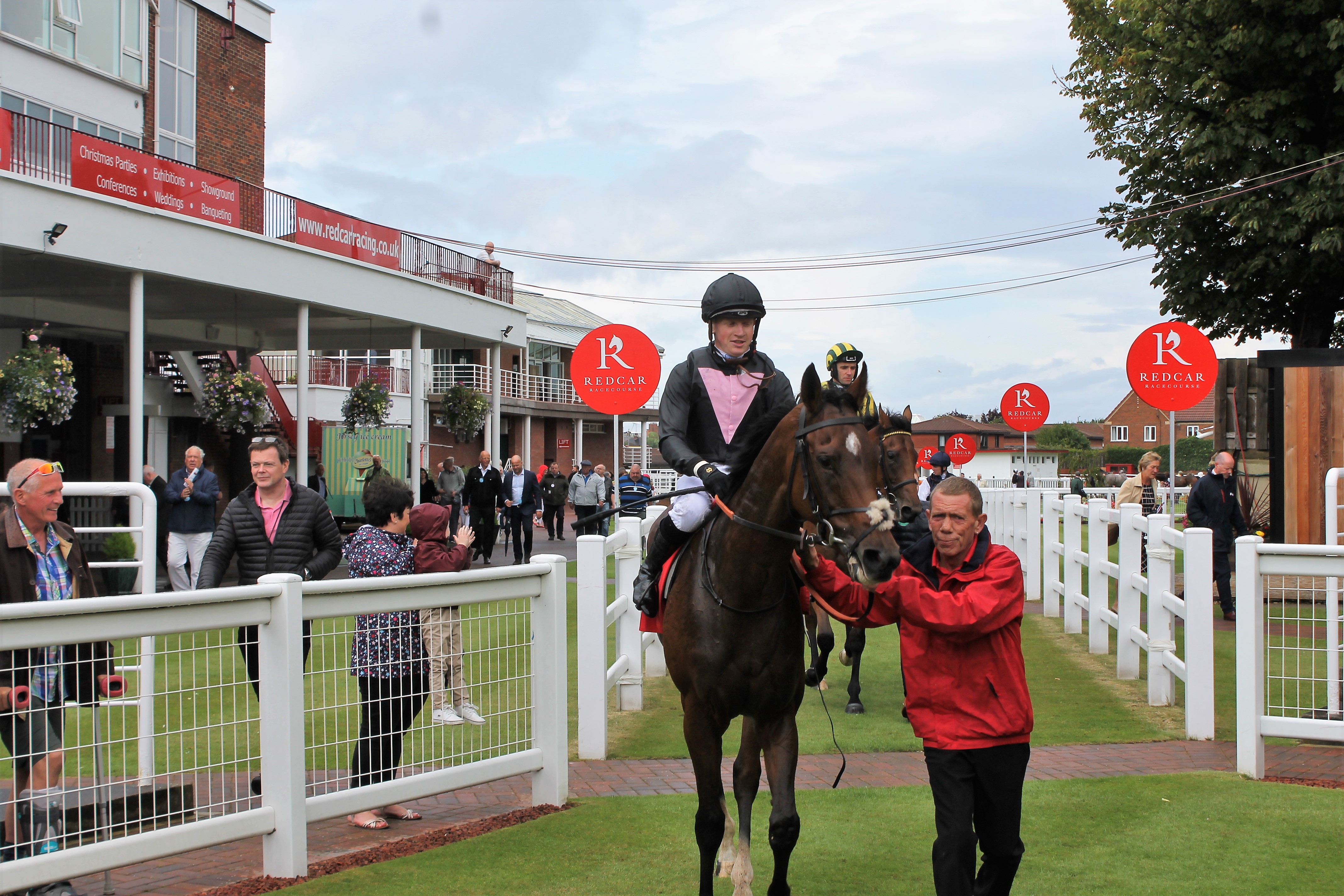 Newmarket struck again when Country, trained by William Haggas and ridden by Liam Jones, made it three wins in a row by taking the Racing TV Straight Mile Series Handicap Stakes in commanding fashion. 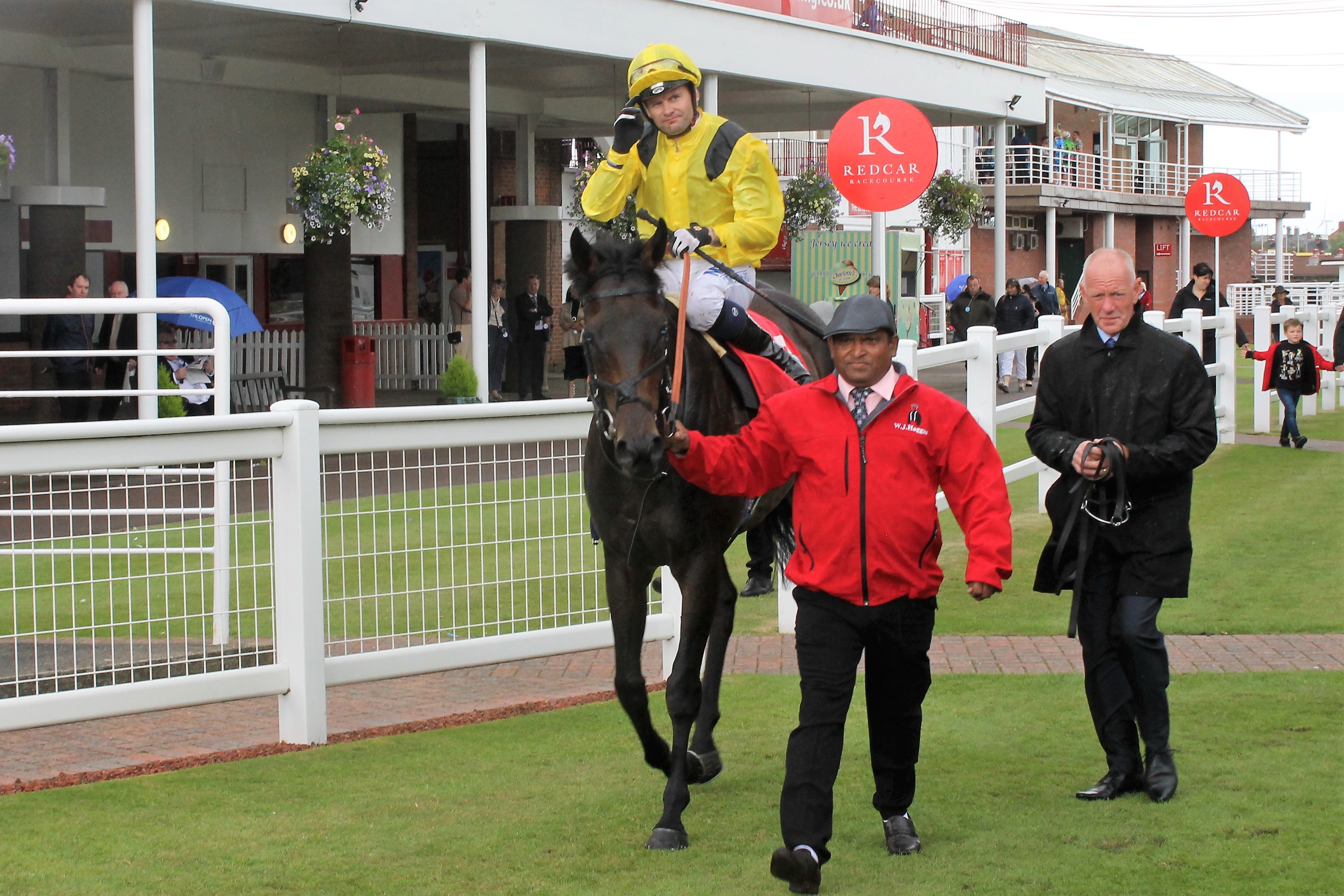 Newmarket hat-trick was secured when Paul Hanagan got a nice tune out of The Fiddler, trained by Chris Wall, to win the Happy Wedding Anniversary Mr & Mrs Brown Handicap Stakes (Division One). 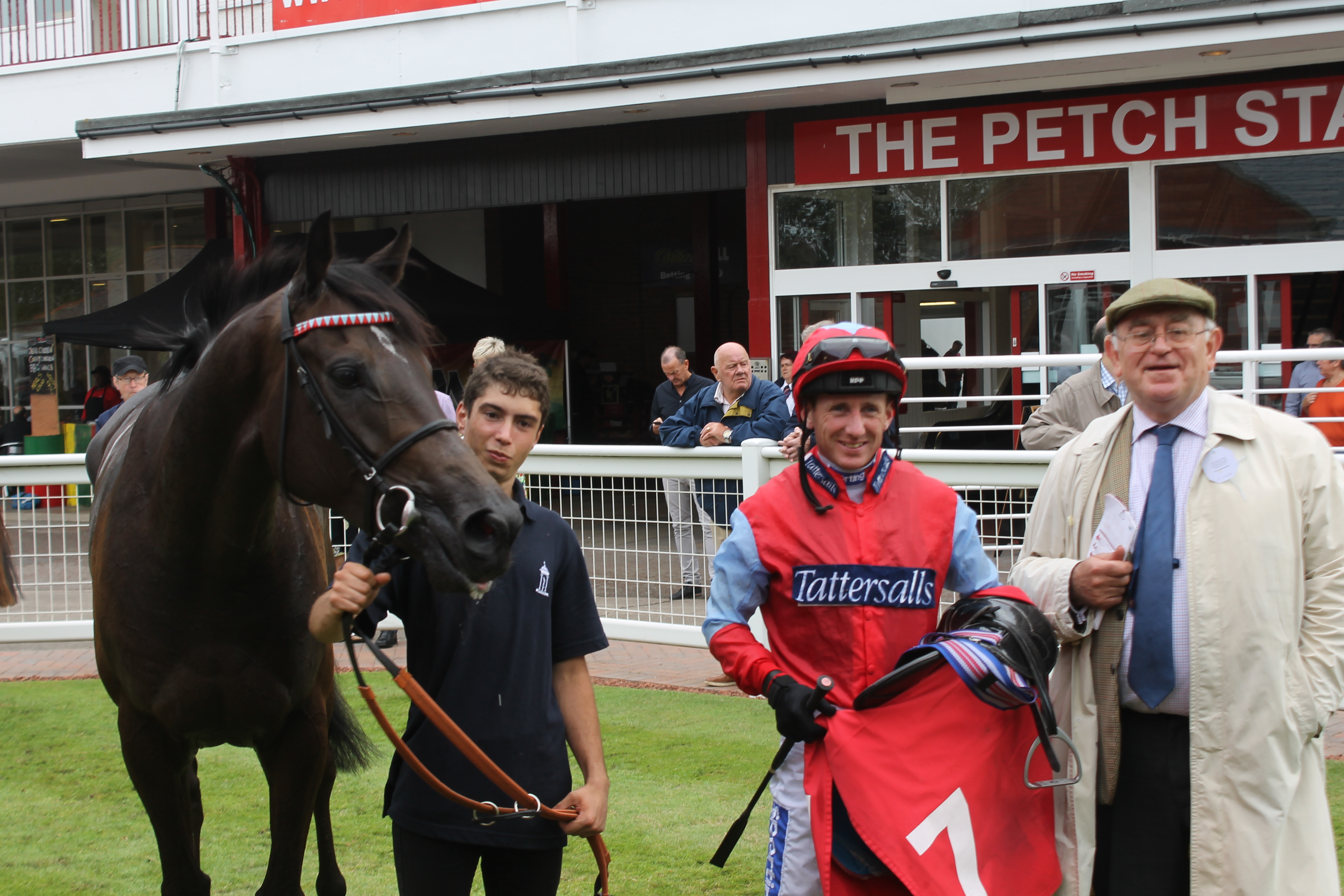 While the day had started well for the bookies, it ended badly when well-backed favourite Anyonecanhaveitall, from the record-breaking Mark Johnston stable at Middleham, turned division two of the Happy Wedding Anniversary Mr & Mrs Brown Handicap Stakes into a procession under Andrew Mullen. 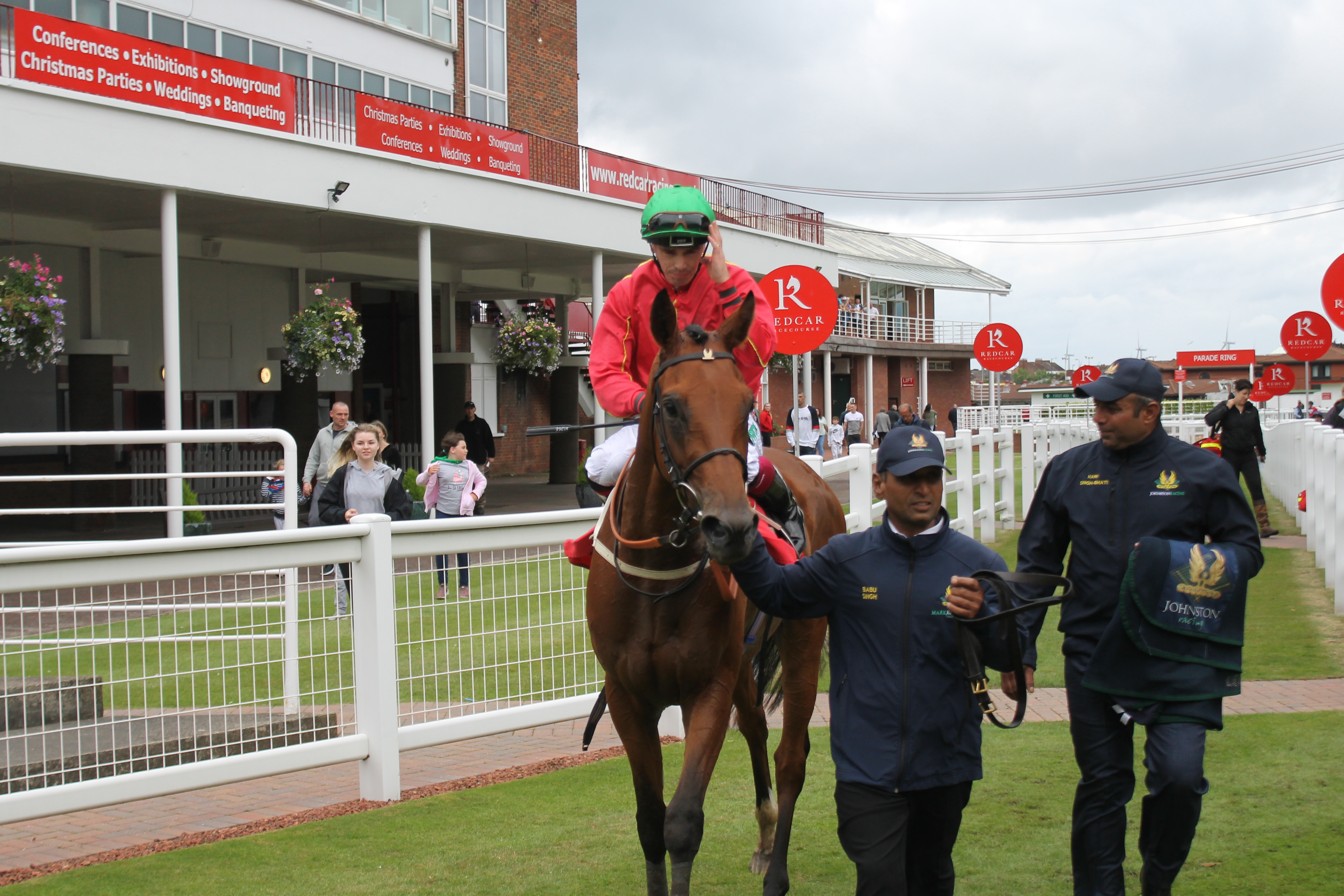