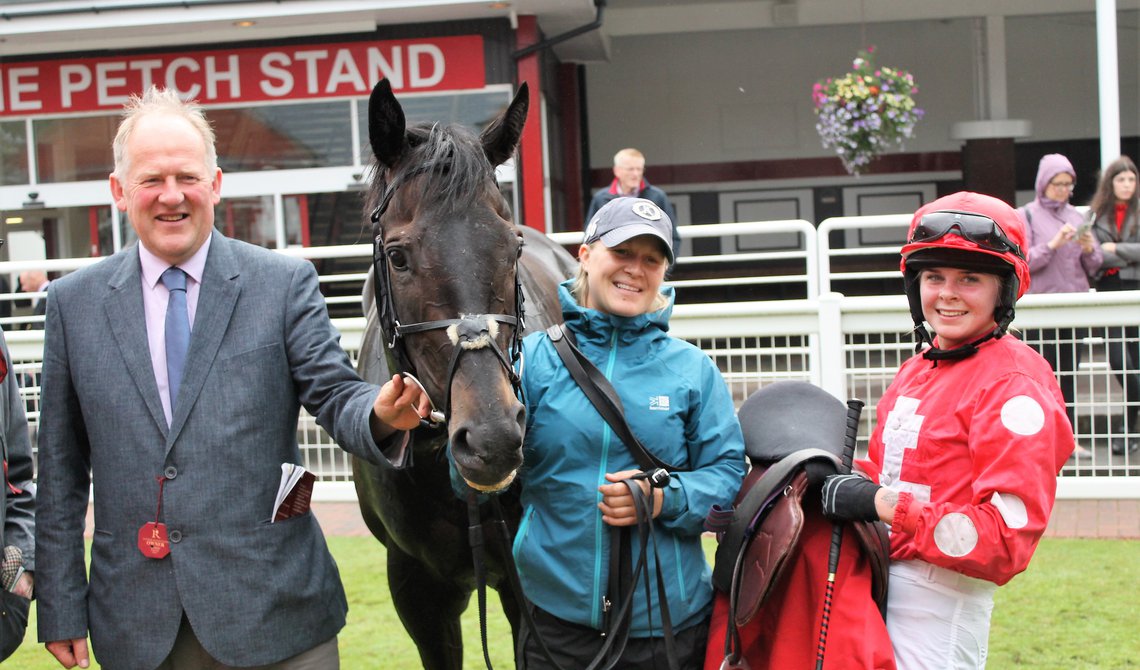 WHAT a difference a day makes for 21-year-old amateur jockey Shannon Watts.

Shannon was dusting herself down on Tuesday after a nasty fall from Rioja Day in a hurdle race at Perth for Jim Goldie.

Twenty-four hours later she was celebrating her first winner after riding the same trainer's Insurplus to victory in the AJA Novice Flat Amateur Riders' Handicap Stakes at Redcar.

"It shows the ups and downs of racing," said Glaswegian Shannon, who grew up with horses because her mother owned eventers.

"It feels amazing to ride a winner, but it didn't quite go to plan. I was meant to get cover but he broke too well. Thankfully, it all worked out well in the end," she said.

Mr Coco Bean made it five wins from eight runs this season by carrying topweight to a comfortable victory in the Every Race Live On Racing TV Handicap Stakes. 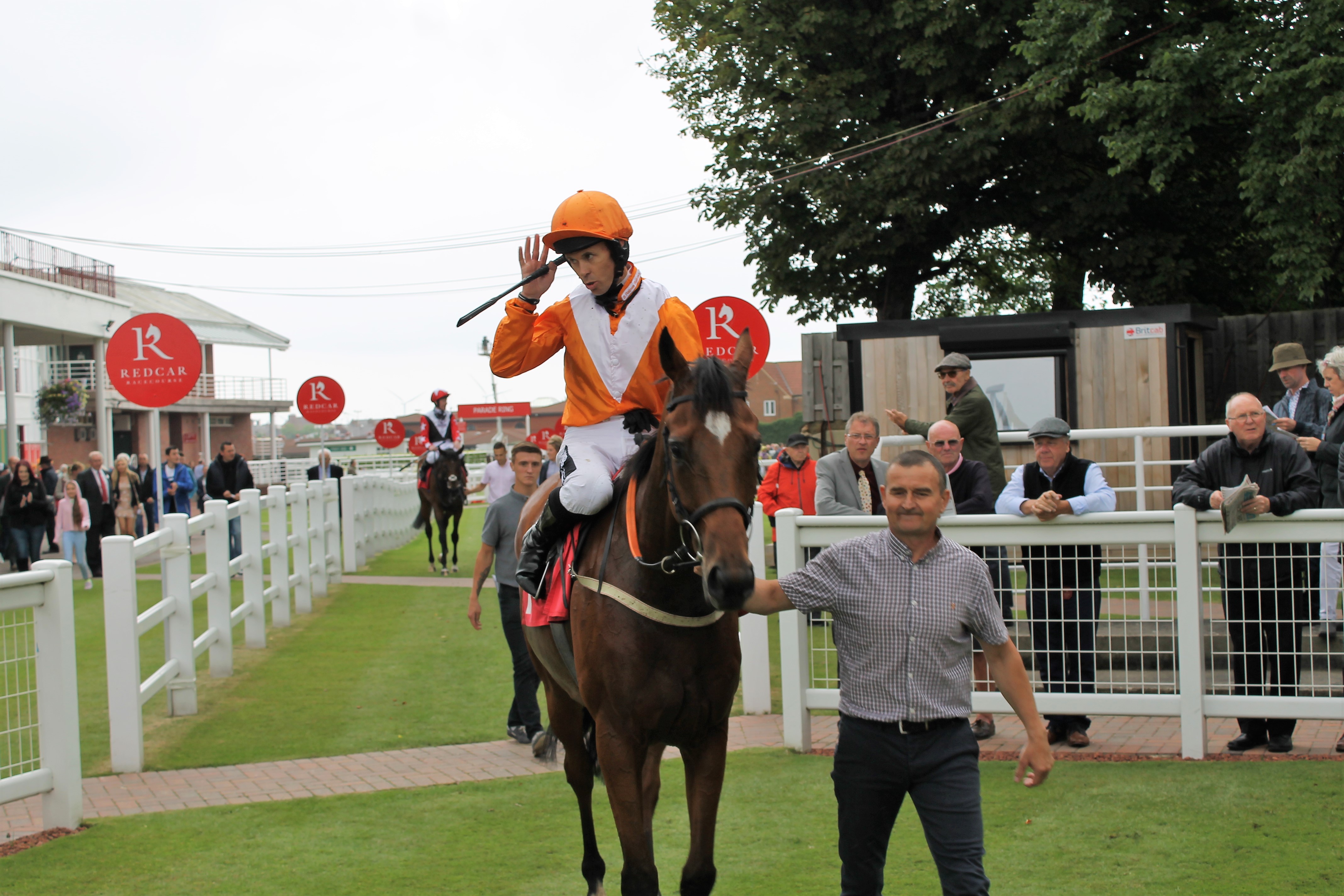 Trained at Thirsk by David Barron and ridden by Graham Lee, the gelding has now won four times at Redcar.

The trainer said: "He's in very good form and had a great season. We'll see what the handicapper does and take it from there but he's still improving."

Owner Stewart Raines, a former developer from Beverley, said: "We thought he had a good chance today. He's the first horse I've had but David has found the key to him and he's doing great."

Stewart revealed that good luck on the horses hasn't always run in the family.

"My great-grandfather lost his garage business through gambling, so it hasn't always gone well!" he said.

It was also a good day for young jockey Jack Mitchell, who notched up his 400th winner when Edaraat, trained by Roger Varian at Newmarket, swooped late to overhaul Tim Easterby's One To Go in theracingtv.com Straight-Mile Series Handicap Stakes. 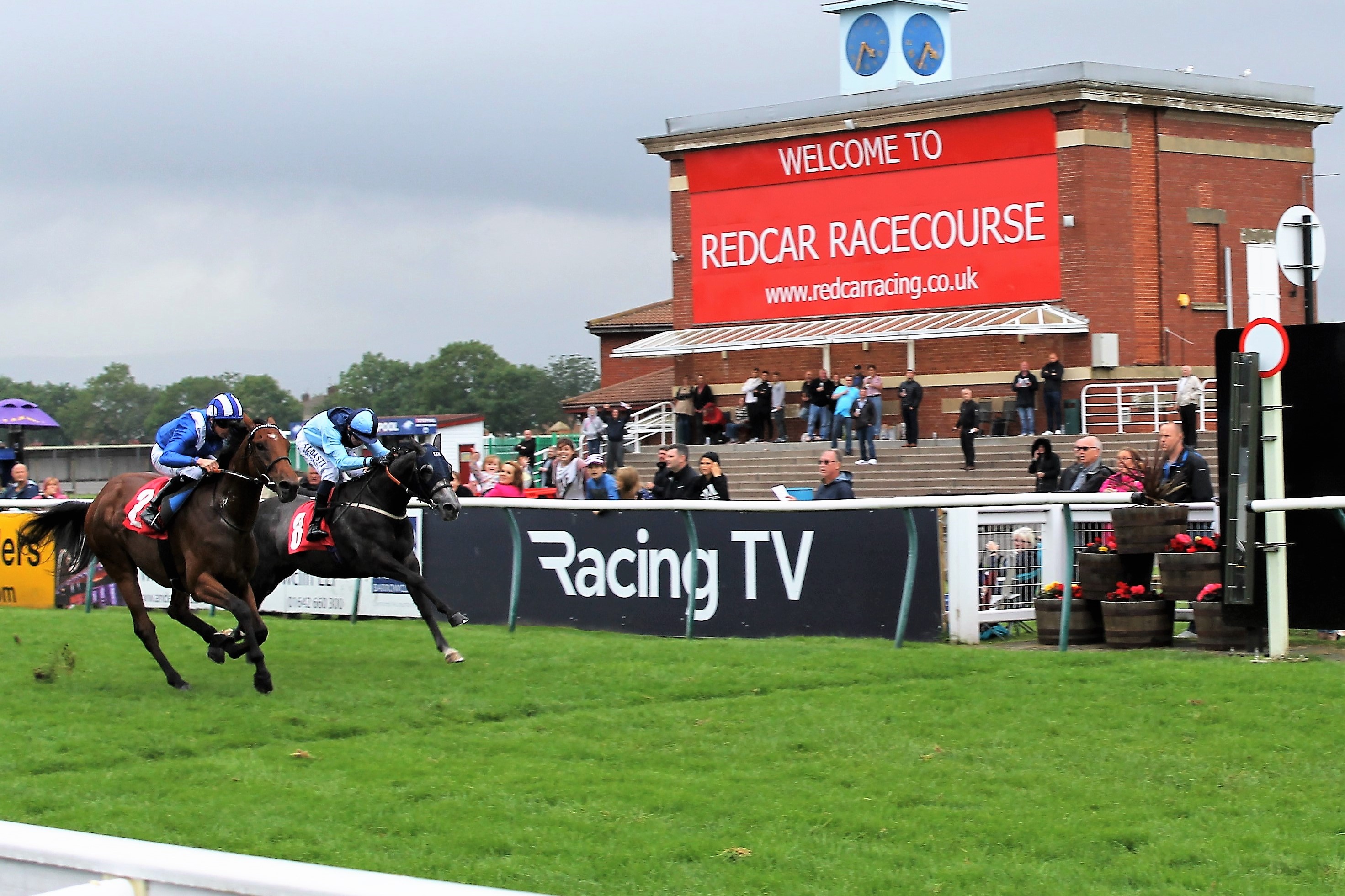 The Mitchel-Varian combination had struck earlier when the well-backed Farzeen won the Watch Racing TV In Stunning HD Novice Stakes in the style of an improving filly. 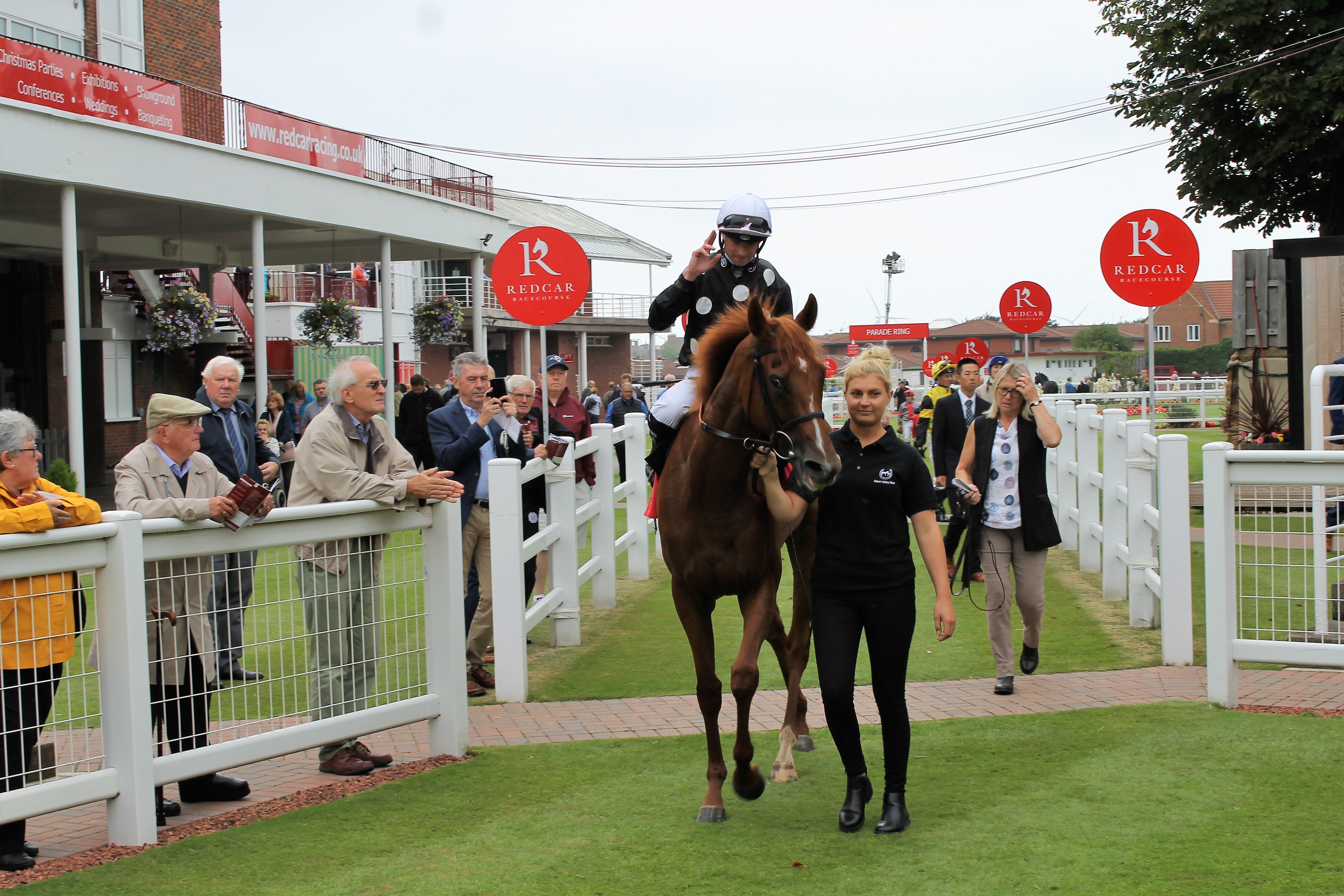 The eight-race card got off to an impressive start when Macho Time made it two out of two in the Best Flat Races Live On Racing TV British EBF Novice Stakes.

Trained by Karl Burke at Leyburn and confidently ridden by Clifford Lee, the Camacho colt was returned at surprisingly generous odds of 9-4 and looks like one to follow. 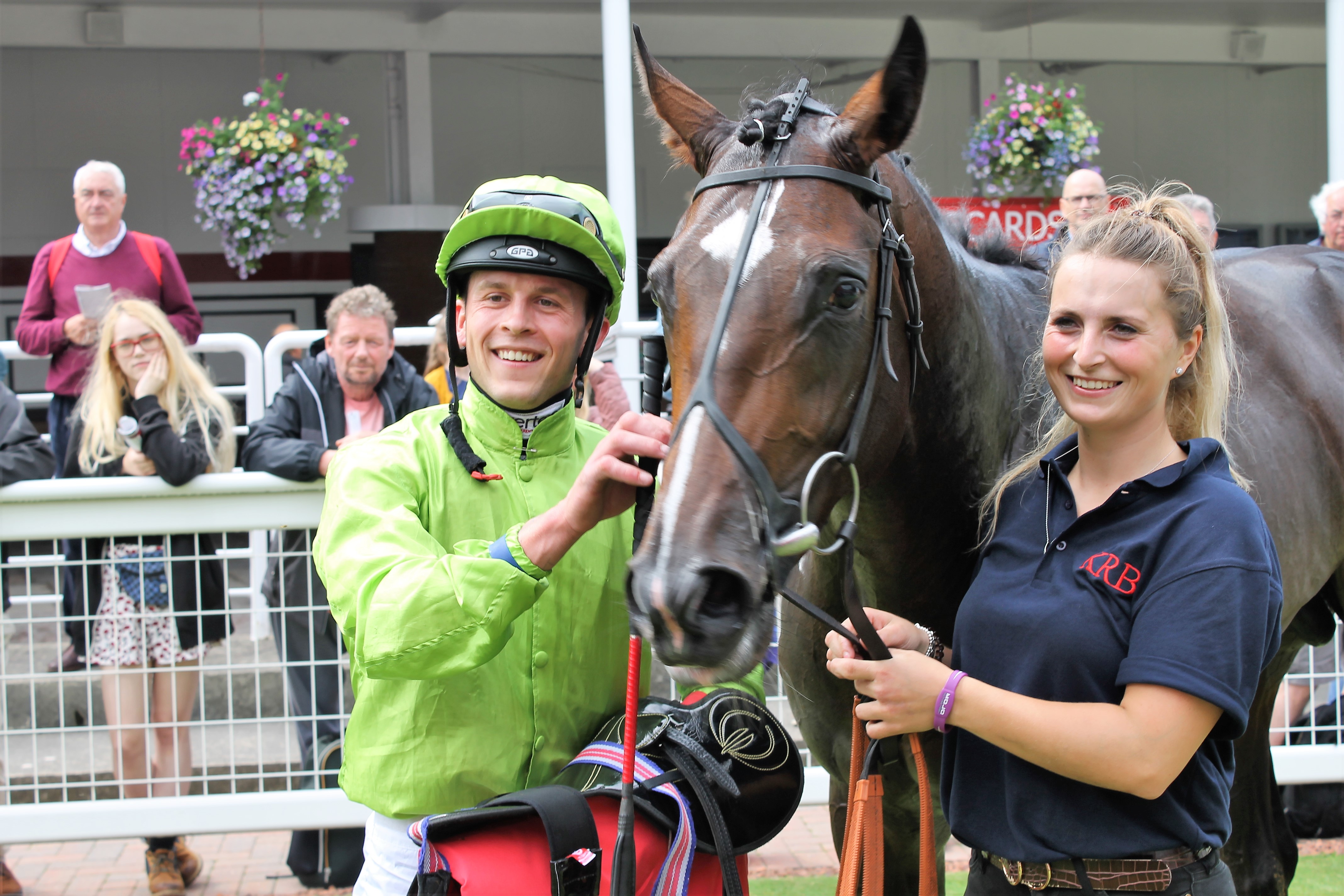 Assistant trainer Joe O'Gorman said: "We're over the moon with that. We were delighted with his debut win at Ayr and he's come on for that run at home. He still ran green so there's more improvement to come. I think the 6lbs penalty put a lot of punters off, but he looked an odds-on shot going round the paddock."

First Flight, trained at Malton by Brian Ellison and ridden by Ben Robinson, scorched home by six lengths in the Join Racing TV Now Selling Stakes. Despite the emphatic victory, there was no bid at the auction. 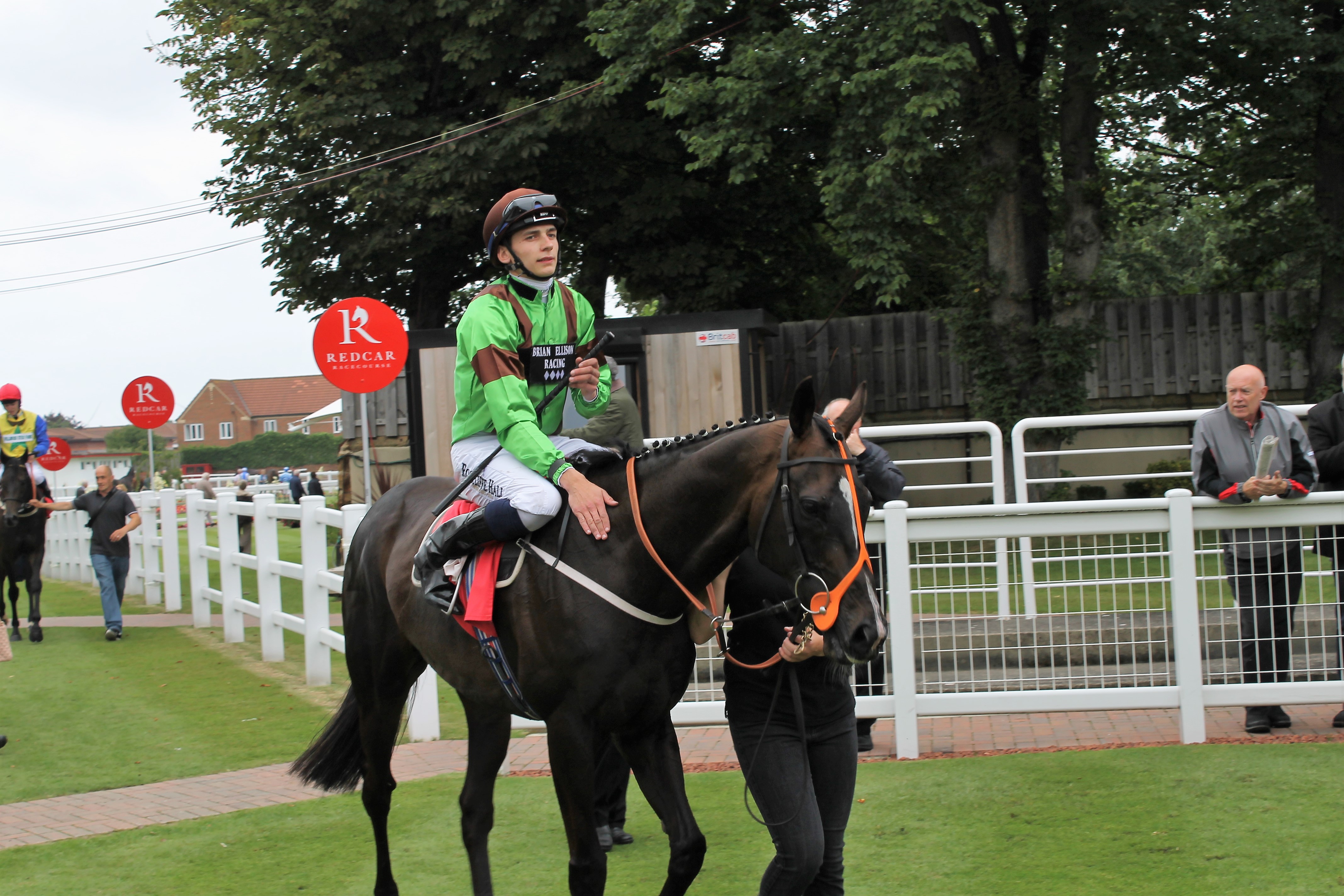 Fox Hill, trained by Eric Alston, made up for throwing away a winning opportunity at Thirsk five days ago by winning the Get So Much More With Racing TV Handicap Stakes (Division 2) under a strong ride by five-pound claimer Harrison Shaw. 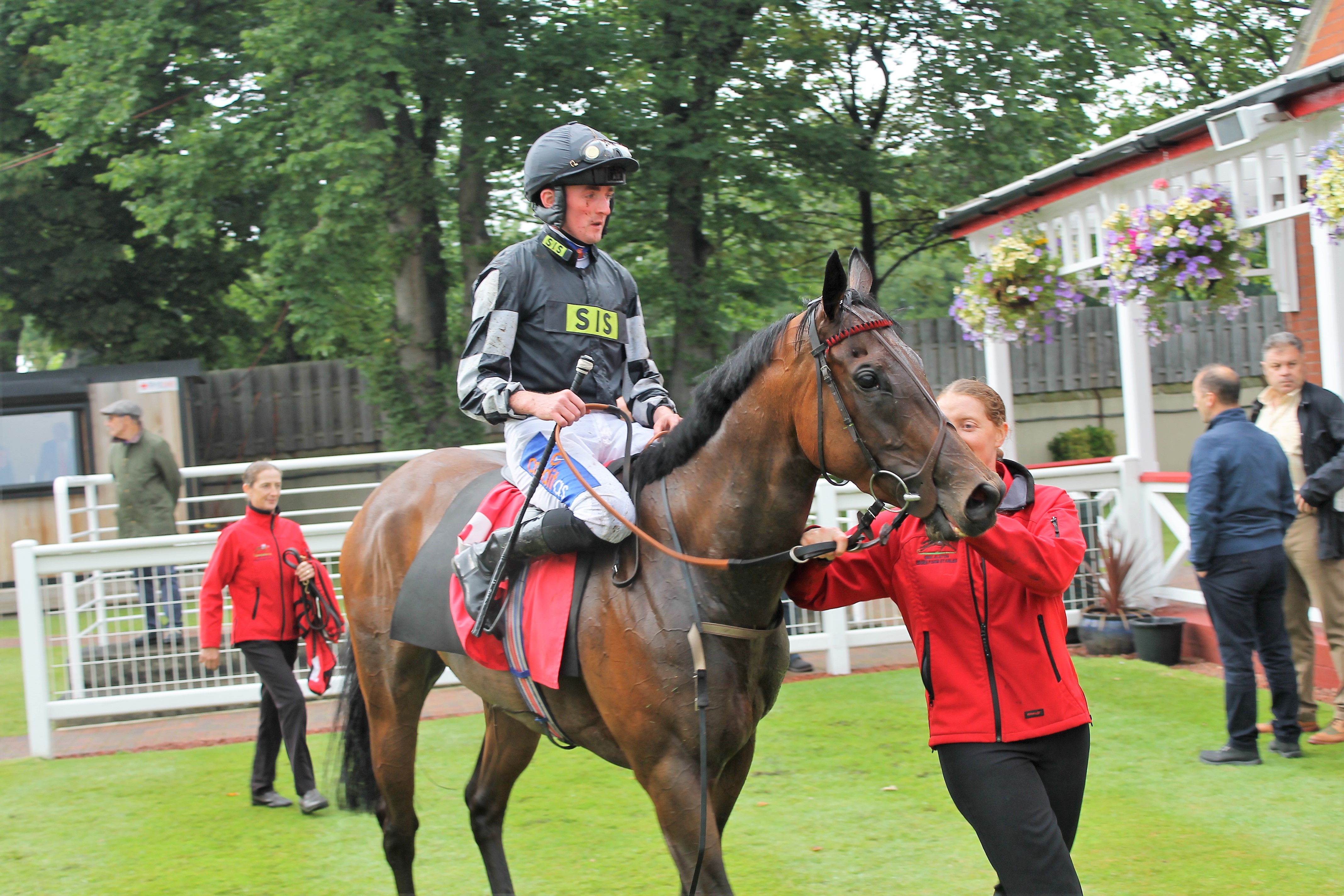 The remaining race saw a Tim Easterby one-two as 25-1 shot Grimsdyke, under Duran Fentiman, beat stablemate Perfect Swiss, ridden by David Allan, by a whisker in the Get So Much More With Racing TV Handicap Stakes.