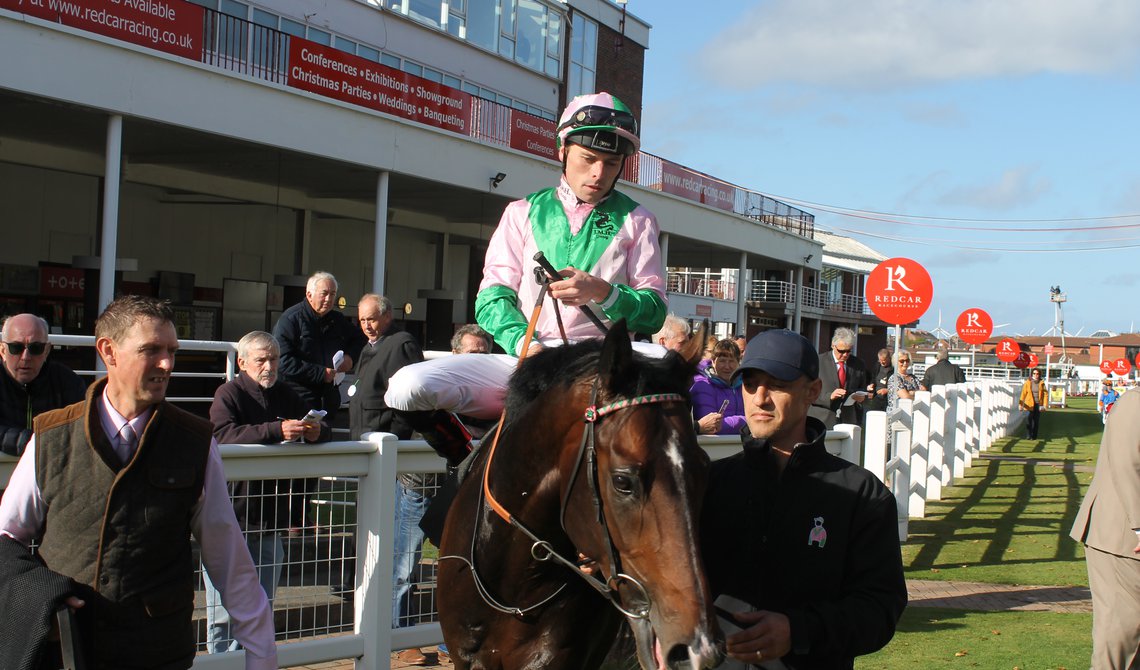 LAMBOURN trainer Charlie Hills and jockey Kieran Shoemark had a starring role with a double at the last Redcar meeting – and they look poised to take centre-stage again on Monday.

The combination struck with Bell Shot and River Tweed at the seaside track earlier this month and Shobiz represents them this time in the Market Cross Jewellers Maiden Stakes.

The son of Showcasing has been running consistently on the all-weather this season, finishing second to a useful William Haggas charge in Tarhib at Kempton last time.

Nizaaka, trained at Newmarket by Roger Varian and ridden by Andrea Atzeni, looks the main danger.

Mujtaba, a three-year-old son of red hot sire Dubawi, brings an unbeaten two-race record to Redcar for the Join Racing TV For The Jumps Season Handicap.

Richard Hills, assistant racing manager for Shadwell Estates, described the William Haggas-trained three-year-old as “one to watch” after an impressive debut at Chepstow, and he comfortably followed up at Chester next time. Dane O’Neill rode him that day and keeps the ride.

The Muharrar colt has only had one run, when running green to be fifth at York, and should be better equipped for that experience.

Marquand hangs around to ride Forever Forward in the following Watch Racing TV In HD Selling Stakes. The colt, trained in Pembrokeshire by Peter Bowen, has run over timber the last twice but has enough form at a higher grade on the flat to suggest a bold showing.

Another eight-race Redcar card gets underway at 1pm with the Racing TV Club Day EBF Novice Stakes, with the Michael Dods-trained Sezaam carrying a penalty for his last-ditch victory at the last Redcar meeting.

The Elzaam colt showed a great attitude under a powerful ride from Connor Beasley, but the Mark Johnston-trained Baileys Accolade was only a head behind that day and has a seven-pounds pull at the weights. However, it could be worth siding with Tim Easterby’s Red Astaire, who was noted finishing well to be fifth in the same race and is also seven pounds better in with Sezaam.

Easterby has had another fine season and he could follow up in the Natalie and Lauren Dealhoy Nursery with Angels Tale, ridden by David Allan. The Caravaggio filly finished well to be a close third over seven furlongs at Wolverhampton last time and her turn looks due.

The final two races are a split in the Watch Race Replays At racingtv.com Apprentice Handicap. Ed Bethell has had an excellent first season since taking over from his father, James, at Middleham, and he can take division one with Mudawwan, who has been second at Catterick on his last two runs. Seven-pound claimer Ugne Mickute rides.

The vote in division two goes with the Bryan Smart-trained Blazing Son. He was an excellent second at Ripon last time and has the assistance of five-pound claimer Gianluca Sanna.