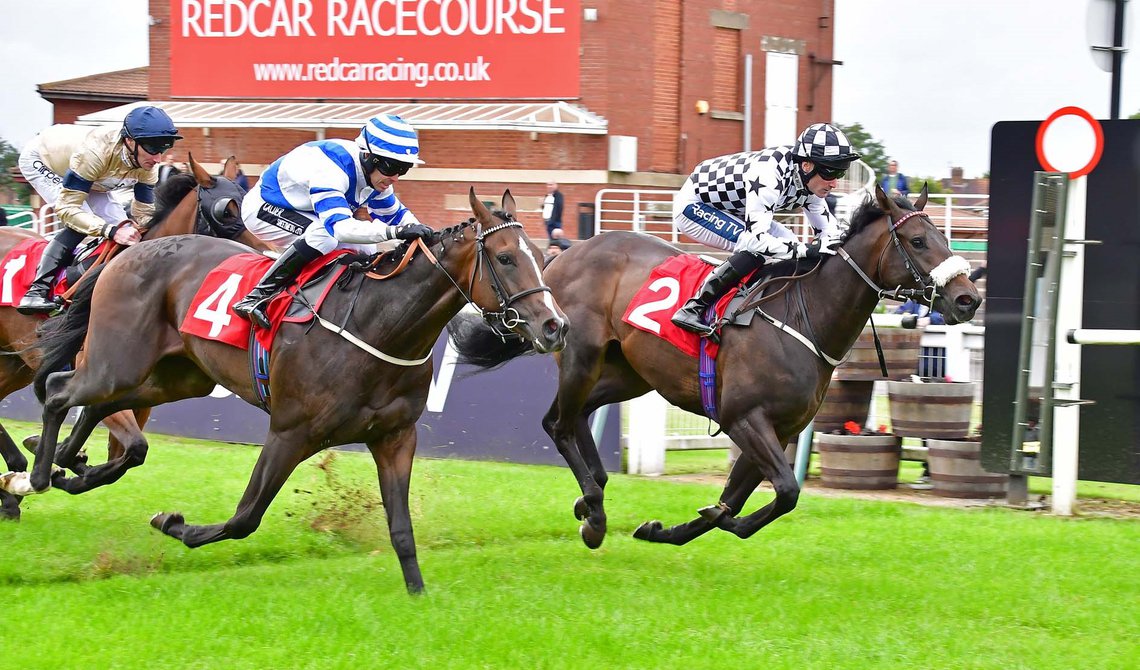 JOCKEY David Egan will be back on board superstar Mishriff in the Group 1 Qipco Champion Stakes at Ascot on Saturday – and he warms up for the big day by heading north to Redcar for six rides.

Egan pocketed £750,000 after landing the mega-rich Saudia Cup on John and Thady Gosden’s colt at Riyadh back in February and splashed the cash on a flash Audi RS7.

The young Irish rider should, therefore, have no trouble getting to Redcar in good time for Friday's meeting and has a good chance of winning the opening Join Racing TV Now Claiming Stakes on Flash Betty, who makes the long trip from Mick Channon’s Berkshire stable.

Having scored twice on the all-weather at Lingfield and Wolverhampton earlier in the season, Flash Betty ran a decent race to be third in a Pontefract nursery last time and steps up to seven furlongs for the first time.

Egan teams up next with North Yorkshire handler Les Eyre on newcomer Flashy Bear in division two of the Yorkshire Jump Racing Is Back EBF Novice Stakes. The market will be the best guide but, of those that have run, Mark Johnston’s Bailey’s Accolade appears the most likely winner, having shaped well enough when third first time out at Yarmouth.

Egan’s third ride is on Liberation Point for Mick Appleby in the Sam Hall Memorial Handicap. The annual race commemorates the great Yorkshire trainer, who amassed more than 1,000 winners during an illustrious career, with many successes coming at Redcar, including four Zetland Gold Cups.

Apart from disappointing on heavy ground at Leicester last time, Liberation Point has run consistently well of late, with two seconds at Pontefract and a win at Ripon, and is now fitted with cheekpieces for the first time.

Egan goes on to ride the well-fancied Divine Jewel for Roger Varian, teams up again with Les Eyre for outsider Cosmic Star, and finishes with Ed Walker's Dream A Little.

Kieran Shoemark is another young jockey enjoying a fine season, having battled back from drug and alcohol addiction, and he is another welcome visitor to the Redcar weighing room.

Shoemark will also be in action on Champions’ Day at Ascot, notably riding Group One heroine, Lady Bowthorpe, and the jockey has an attractive book of rides at Redcar.

His best shot looks to be on Oheka, trained at Newmarket by William Haggas, who has a powerful strike rate at Redcar. The Kodiac filly, running in the Qatar Racing colours, has shown distinct promise on her two outings at Newmarket so far, and the Market Cross Jewellers British EBF Fillies’ Novice Stakes looks her opportunity to lose the maiden tag, although Divine Jewel will be a tough nut to crack.

Shoemark also looks to have a solid chance in the division one of the Yorkshire Jump Racing Is Back EBF Novice Stakes when he partners Bell Shot, who makes the long journey from Charlie Hills’ Lambourn base.

Having hit the 50-mark for the season, County Durham trainer Michael Dods has had a frustrating time in recent weeks, but Stallone could play a leading role in the Best Flat Races Live On Racing TV Handicap.

The gelding, running in the colours of the Dods Racing Club, has been second on his last three runs and deserves to get his head in front.

The five-year-old raced keenly on his last start when beaten only a neck at Leicester, and with blinkers fitted to help him settle, he looks sure to give another good account with the strong assistance of Connor Beasley in the saddle.

Malton trainer Nigel Tinkler has enjoyed a fine run at Redcar this season and he can score another success when Bakr goes to post for the Every Race Live On Racing TV Novice Stakes. Another Kodiac filly, she was impressive when winning at Kempton in January when trained by John Ferguson. She’s been off the track since then but, if returning in the same form, she will take a lot of beating.

Lambourn trainer Archie Watson is another who is no stranger to the Redcar winner’s enclosure, and he looks to have a strong hand in the concluding Watch Race Replays At racingtv.com Handicap for female amateur jockeys.

Only The Brave, ridden by seven-pound claimer Taryn Langley, has solid claims, but One To Go – ridden by the trainer’s fiancée, Brodie Hampson – would appear to be the pick. The gelding only just failed under Hampson having been slowly away at Ayr last time.