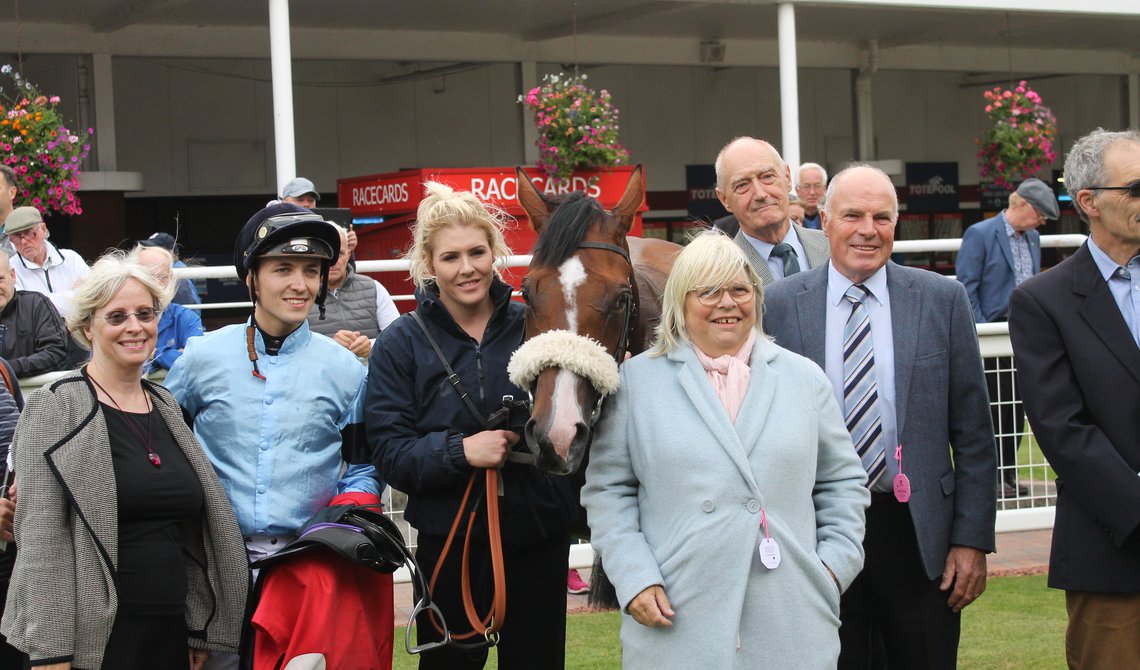 JOCKEY Kevin Stott was the toast of Redcar today after riding a treble for three different trainers.

Stott took the Racing UK Straight Mile Series Handicap by the scruff of the neck to win from the fast-finishing Mon beau Visage and Jason Fildes, racing manager for Highclere North, said the horse may now return to Redcar for the final of the Straight Mile series.

“He’s clearly improving, and likes being ridden from the front, but when they came to him, he pricked his ears and found more,” he said.

Jason revealed that Highclere aim to have more horses trained in the north. Anyone interested in getting involved can call him on 0772 1311778.

Jackamundo, trained at Malton by Declan Carroll, was the first of Stott’s winners in the Weatherby’s Racing Bank Nursery Handicap.

Owner Danny Fantom said: “That was his first win in four runs but he’s still green and he’ll make a really nice three-year-old next year.”

Stott’s treble was completed in the final race – Division Two of the Racing UK Profits Returned To Racing Handicap – on Ice Galley, trained at Richmond by Philip Kirby.

The horse is owned by Jayne and Keith Sivills, who have The Tiger pub at Easington, in North Yorkshire.

Jayne said: “He was in the last chance saloon because he hadn’t been doing it but he’s saved himself from the sales. He might go hurdling eventually.”

Division One had provided Middleham dual-purpose trainer, Stef Keniry, with her first Flat winner when Betancourt landed a gamble from 25-1 to 8-1 under the evergreen Joe Fanning.

A big surprise was triggered in the Market Cross Jewellers Novice Stakes when 1-4 favourite Field Gun was outgunned by 20-1 shot Mambila in the hands of Sam James. The gelding had been placed in France for Andre Fabre in 2016 but not seen since.

Five-pound claimer Paula Muir continues to catch the eye and she was back in the winner’s enclosure after Roger Fell’s Tadaawol romped clear in the Get So Much More With Racing UK Apprentice Handicap.

The horse is part-owned by Karl Hamilton, Bob Smeaton and Slovakian Klaudia Stokoe, who first fell in love with racing when her husband-to-be, Mark, took her to Thirsk Races on their first date 21 years ago.

Klaudia explained that Tadaawol had been badly drawn at Chester last time in a race won by Dark Intention, ridden by Paula Muir.

“Paula said she watched videos of the Chester race so she knew how to ride Tadaawol and she did it brilliantly,” she said.

The eight-race card began with a 16-1 success for Legal Tender, trained at Hambleton by Bryan Smart and ridden by apprentice Harry Russell, in the Best Flat Races Live On Racing UK Novice Auction Stakes.