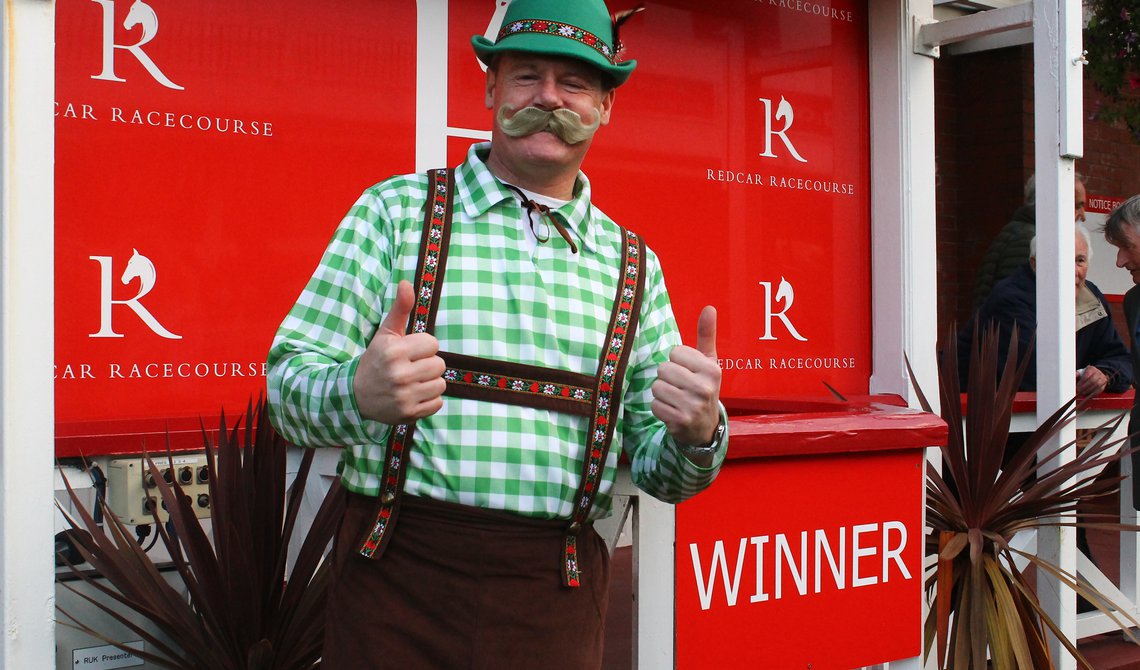 THE atmosphere promises to be “Wunderbar” at Redcar Races at the weekend with no shortage of steins, bratwurst, oompah music, lederhosen-clad men, and pig-tailed frauleins.

The annual Oktoberfest Beer Festival Raceday takes place on Saturday and prizes are on offer in the Best Bavarian Outfit competition.

Last year’s inaugural Oktoberfest Raceday at Redcar attracted a strong field for the fancy dress competition and was won by Denis Ford, pictured, of Hartburn, Stockton. Denis, who works for Cummins Engines, put his victory down to his spectacular false moustache.

Redcar’s general manager Amy Fair said: “We know how much people in this area love to dress up – well, here’s a chance to really go for it.”

First prize in the fancy dress contest is a VIP day out for four at any race meeting at Redcar in 2019, apart from Ladies’ Day. The prize includes admission, racecards, and a table in the Voltigeur Restaurant, with a three-course meal and bottle of wine.

There will be two German guest beers to sample – Erdinger Weissbrau Weissbier, and Krombacher Pils.

The Yorkshire Oompah Band will be back by popular demand after entertaining the crowds last year.

As well as lots of Bavarian fun, there’s also high-class racing on the card, with the £175,000 Racing UK Two-Year-Old Trophy the highlight. With seven races scheduled, there will be plenty of opportunities to have an Auf Wiedersehen Bet.

Gates open at 11am and the first race is scheduled for 2.10pm, although timings are subject to change.