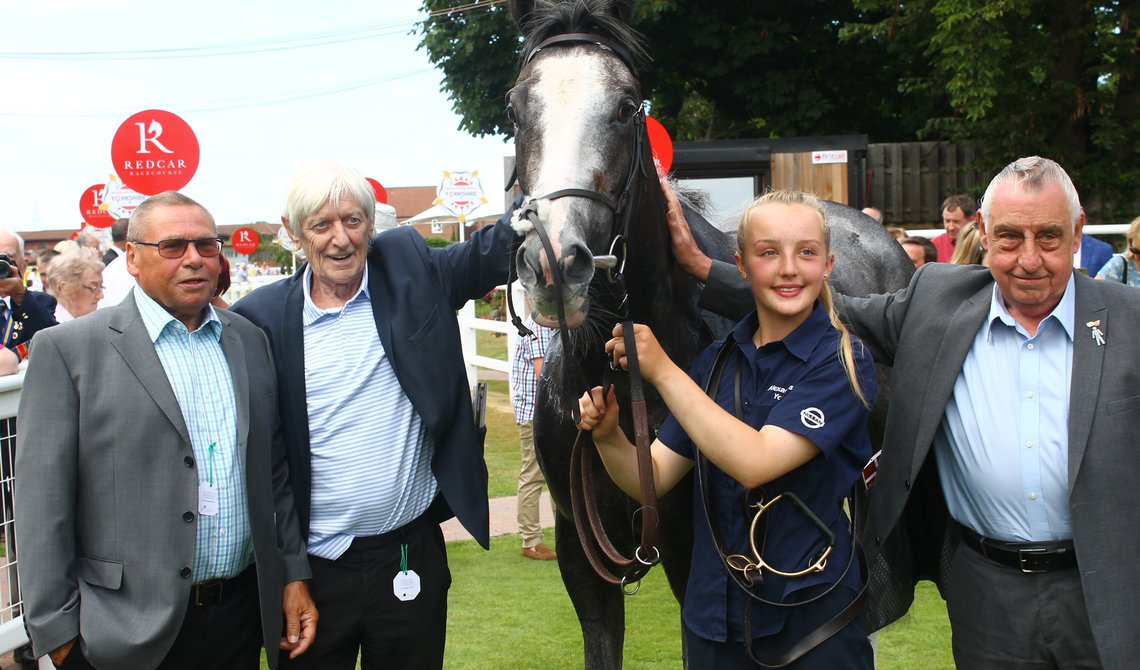 VETERAN North Yorkshire trainer Nigel Tinkler is having a decent season and he looks poised to strike with Whinmoor in the feature race of Redcar’s evening meeting this Saturday.

The four-year-old grey gelding struck up a four-timer – including two victories at Redcar – last summer and he looked primed to return to winning ways when a close second to Michael Dods’ well-handicapped Wahoo at the last meeting at the seaside track.

He lines up in a competitive Racing TV Straight Mile Series Handicap with Rowan Scott taking a handy three pounds off his back. David O’Meara’s consistent Star Shield, with high-flying Danny Tudhope in the saddle, is the danger.

Malton-based Tinkler will also fancy his chances in the third race with Bertie’s Princess. The filly stayed on well to be second over five furlongs on her last outing at Beverley and the extra two furlongs of the Bakers Tailoring and Formal Hire Fillies’ Novice Auction Stakes looks made to measure.

The Gin and Gents meeting gets underway at 4.55pm with the Join Racing TV Now Handicap for lady amateur riders and last year’s winner Bollin Joan again looks interesting. Handled by Redcar’s champion trainer, Tim Easterby, and ridden by daughter Emily, she should be thereabouts in an open contest.

Newmarket raider Tyler Durden, trained by Richard Spencer and ridden by Paul Mulrennan, was a promising third on his debut at Yarmouth and holds an entry for the valuable Two-Year-Old Trophy at Redcar in October. If he’s going to live up to that kind of billing, he should be up to winning the Best Flat Races Live On Racing TV Novice Auction Stakes.

The Market Cross Jewellers Handicap is a tricky affair. Mark Johnston’s Anyonecanhaveitall was an impressive winner at the last Redcar meeting before disappointing when odds-on next time at Lingfield. He could easily bounce back, but preference is for James Fanshawe’s Newmarket raider Selino who is visored for the first time to sharpen him up. He was nearest at the finish over a mile and a half at Kempton last time and the extra two furlongs, should put him bang there with the reliable Daniel Muscutt coming up for the ride.

Thirsk trainer David Barron should never be underestimated and he has three entries in the Every Race Live On Racing TV Handicap. The picks looks to be Poet’s Pride, third in a big field at Doncaster last time and with the able assistance of in-form Ben Curtis in the hot-seat.

The meeting comes to a conclusion at 8pm with the Thank You and Good Luck Becky Shaw Handicap. Tim Easterby’s Grimsdyke hung on stoutly to win by a nose at 25-1 at the last Redcar meeting and showed it was no fluke when a good second of 15 next time at Thirsk. He's clearly in good heart and can return to winning ways under Duran Fentiman.