Two men who forged a strong friendship as heart transplant patients have been reunited at a North-East racecourse this week. PETER BARRON was there to meet them

THE odds may have been stacked against them but, as tales of friendship go, it has more than enough drama to set the heart racing...

Robbie Burns and Jack Proctor first met when they were in opposite beds at Newcastle’s Freeman Hospital, waiting to have heart transplants that were their only chance of survival.

And it was their mutual interest in horse racing that helped turn them from complete strangers to close friends.

“I’d give Jack tips in hospital, he’d have a go at me when they lost, and we got along famously from there,” laughed Robbie.

Now, 18 months on, they’ve met up again for the first time since their life-saving operations – with North-East racecourses forming the backdrop to their emotional reunion.

Robbie, who lives in Winchester, organised his first holiday since lockdown to coincide with the Go Racing In Yorkshire Summer Festival, featuring ten meetings over nine days. And he and Jack, from Hutton Henry, near Hartlepool, arranged to meet at Redcar Races on Sunday and again at Catterick today (Wednesday).

“Not only was it a chance to see beautiful Yorkshire but to take in some racing too,” explained Robbie. “We’ve both had a really rough ride, but it’s been great to be in the sunshine, watching the racing for real rather than on TV in hospital.”

Robbie, 50, was born with heart problems and underwent surgery at London’s Great Ormond Street Hospital For Children when he was three-months-old and again at four and a half. Ironically, he grew up to become the hospital’s Director of Strategy.

Father-of-three Jack, 60, had a malignant tumour in his shoulder and was given only a five per cent chance of survival. He overcame the cancer, but his illness also led to heart problems, and he was diagnosed with dilated cardiomyopathy 30 years ago.

With their conditions steadily worsening and time running out, both were placed on the urgent transplant list, ending up on Ward 24 at The Freeman Hospital in January 2020. Jack went on to have his heart transplant just before the first national lockdown in March last year, while Robbie’s operation took place on June 26.

“I’d had some bets before the transplant and, when I woke up, the first question I asked was whether they’d won,” he recalled. “It was Northumberland Plate day, at Newcastle, and I’d backed a winner called Judicial, so it was a really good day!”

Sadly, complications meant that Robbie had a particularly rough ride, spending 14 weeks in hospital and, at one point, he had to be resuscitated by his wife, Tamsin. Throughout those dark days, it was being able to watch his favourite sport on TV that kept him going.

“I suppose it’s miraculous that either of us are still alive,” said Robbie. “We’ve stayed in touch on Zoom throughout the lockdown, and the Yorkshire festival was a fantastic opportunity to team up again.”

Tamsin and Jack’s wife, Mary, also became firm friends through the transplant ordeal and have been part of this week’s reunion.

“They spent a lot of time together when we were in hospital and not only supported us but each other too. They’re a really important part of the story,” explained Jack, who worked as commercial director of a food ingredient company.

Charlotte Russell, general manager of Go Racing In Yorkshire, said: “It’s such a wonderful story and we’re thrilled that racing and the summer festival have played a part in it in bringing Robbie and Jack back together.”

Robbie has an ambition to visit each of the 60 courses in the UK and, thanks to the Go Racing In Yorkshire Summer festival, he’s so far been able to tick off Ripon, Redcar, Beverley and Catterick. He and Jack were also given the honour of presenting one of the trophies at Redcar. 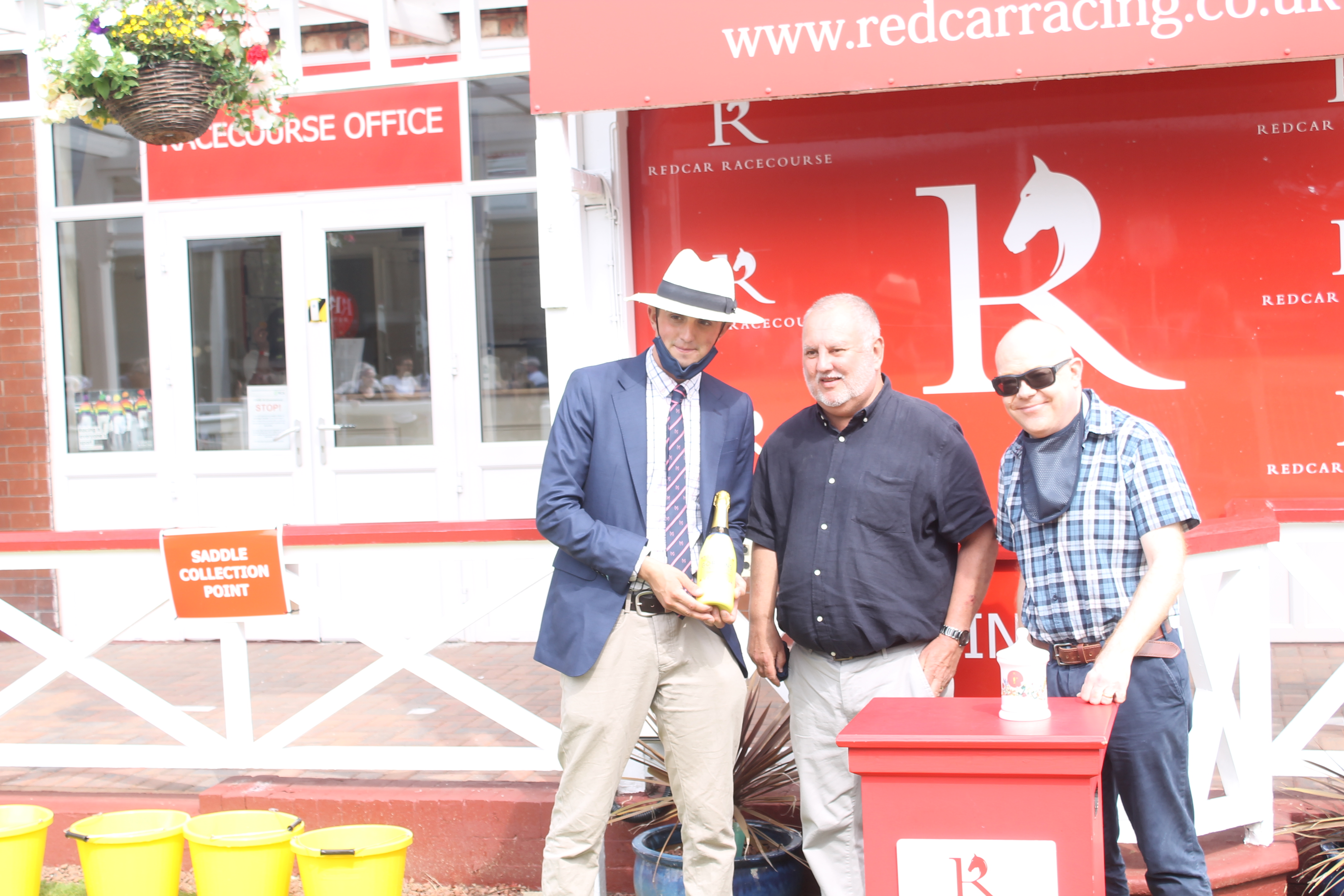 “Racing’s my passion and it really has played such an important part in getting me through all of this, so to come up here and catch up with Jack has been perfect – all we need now is to back a few winners,” he said.